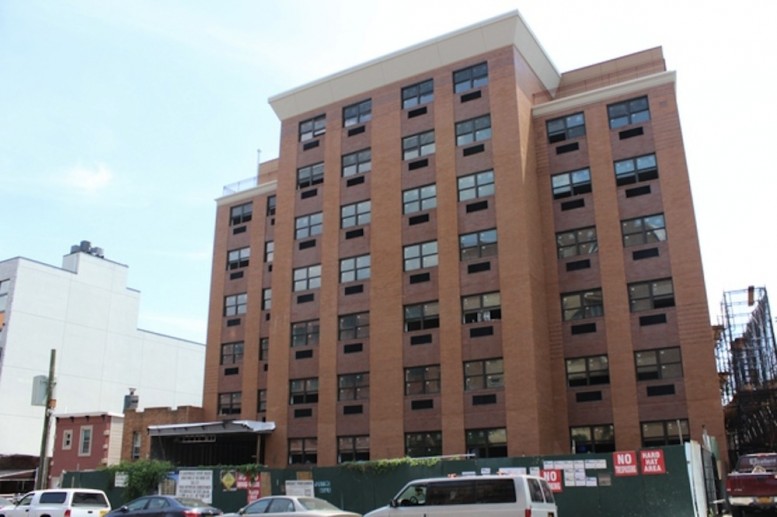 Construction is wrapping up at the seven-story, 46-unit subsidized rental building at 382 Lefferts Avenue, in Prospect Lefferts Gardens, just a block from the 2/5 subway’s Sterling Street stop. In 2007, developer Tali Realty began construction with plans to build 26 condos, but after the financial crisis stalled the project, the City provided funding in return for an all-affordable building, according to Brownstoner. Units are currently in the applications process, and the building will likely open before 2016. Amie Gross is the architect of record.