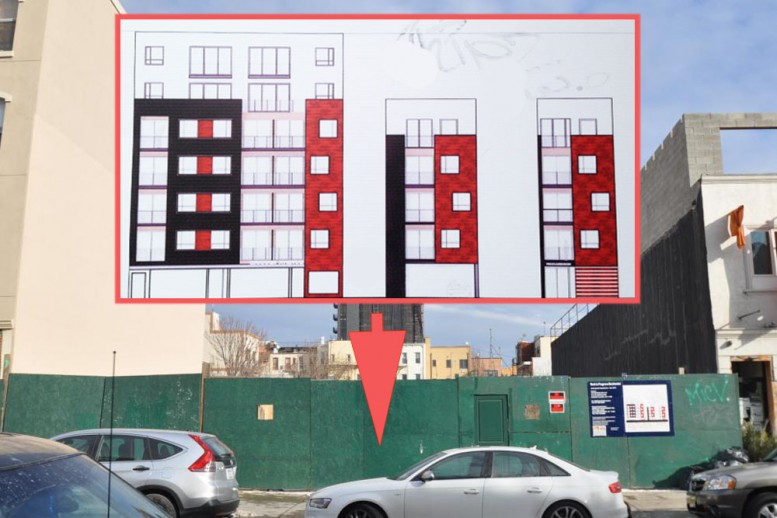 Work appears to be stalled at 444 Graham Avenue, in northern Williamsburg, where Domenico Marino plans to build a seven-story, 56-unit mixed-use building measuring 41,710 square feet. Retail space is expected to span 4,700 square feet on the ground floor, and Queens-based Salvatore Italiano is the architect of record. According to Brownstoner, excavation work has failed to resume since the DOB issued a stop work order earlier this spring. Completion was originally expected by the end of this year.