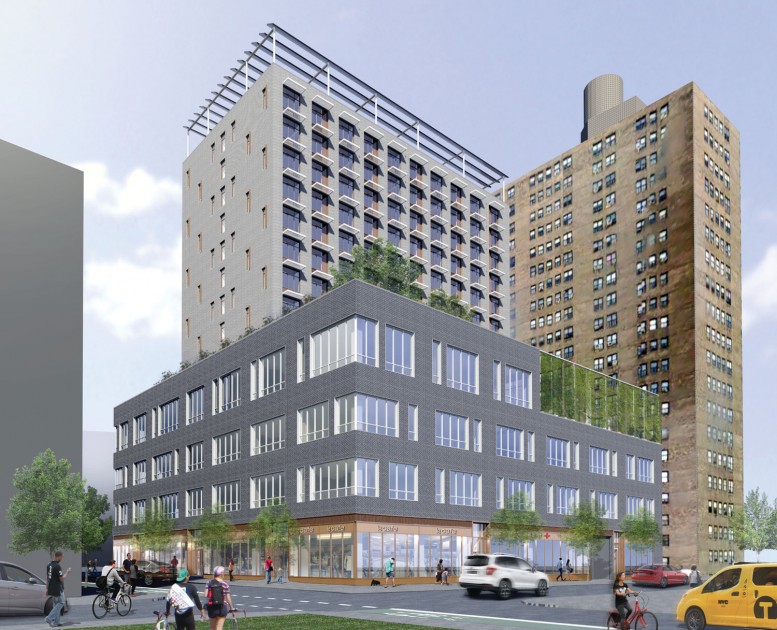 Back in January, YIMBY revealed renderings of Essex Crossing‘s 14-story mixed-use building planned at 175 Delancey Street, on the Lower East Side, where 100 units of senior housing will rise above a four-story podium. Now, NYU’s Lagone Medical Center has disclosed that a 40,000 square-foot medical facility will span three floors in the base, The Lo-Down reports.

Roughly two dozen physicians will conduct a slew of medical tasks and procedures, including primary care, ambulatory surgery and urgent care. Construction will begin once financing is secured, which is expected in the fall, with completion estimated in 2018. Retail space is planned on the ground floor, and Dattner Architects is designing.

In other news, excavation is well underway at 115 Delancey Street/80 Essex Street, where a 24-story, 195-unit mixed-use building is planned, per Bowery Boogie. Earlier this month, excavation equipment was reportedly seen on-site.

Essex Crossing consists of a slew of other mid-rise buildings planned on adjacent blocks. Delancey Street Associates is developing, which is a team made up of L+M Development Partners, Taconic Investment Partners and BFC Partners.