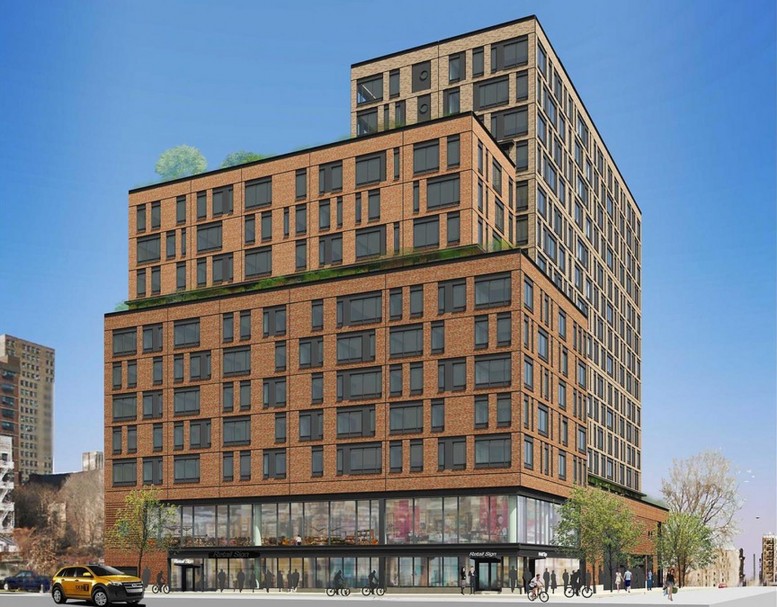 Roughly a year ago, YIMBY reported on filings for Essex Crossing‘s 15-story, 211-unit mixed-use building planned at 145 Clinton Street, on the Lower East Side, and last January we revealed renderings of the project. The 300,000 square-foot building includes 43,000 square feet of commercial space, and Planet Fitness is now expected to lease 22,000 square feet on the second floor, The Lo-Down reports. A 30,000 square-foot grocery store is also planned for the ground floor, though it currently lacks a confirmed tenant.

The block is bound by Grand, Clinton, Broome and Suffolk Streets, and demolition of the site’s last tenement building is currently underway, per Bowery Boogie. West 8 is designing the planned park on Broome Street, and Beyer Blinder Belle is designing the building. Completion of 145 Clinton is expected in 2017.