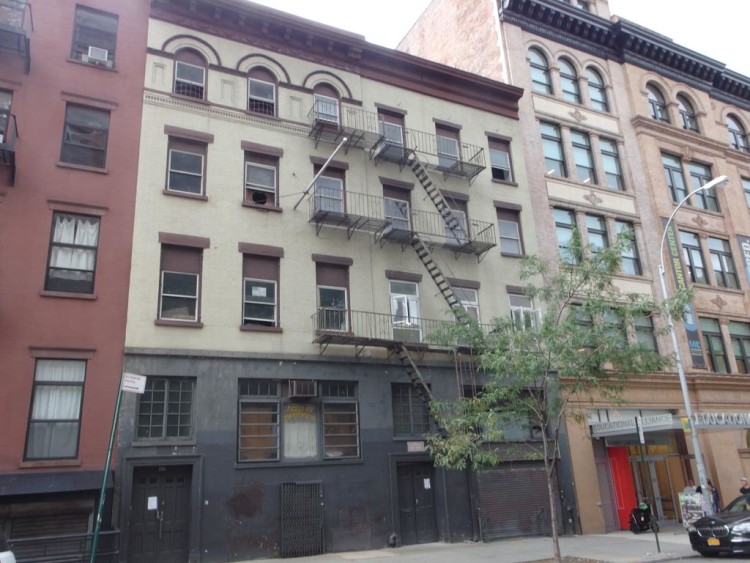 Last month, the United Hebrew Community, a Jewish burial society, sold the two tenements they’ve occupied for over a century at 201-203 East Broadway on the Lower East Side. Now, plans have been filed to build a seven-story modular building in their place.

The new development would have 10 modular apartments stacked on top of retail and medical offices. They would be spread across 14,872 square feet of residential space, for condo-sized average units of 1,487 square feet.

The first floor would host 1,968 square feet of medical offices and 3,600 square feet of commercial space. The second through fifth floors would have two units each, and the sixth and seventh floors would hold full-floor units, followed by a shared roof deck. A few apartments will come with private terraces, and residents of the sixth floor unit will get three—two terraces in the front and another in the back.

The developer is Daniel Wise, based on Delancey Street, and Martin Kapell’s Think Architecture and Design applied for the permit. Wise paid $8,500,000 for the 4,300-square-foot site in September. Demolition applications have been filed, but not yet approved, for the two old law tenements.

We wonder who will assemble the modules, especially now that longtime modular construction company Capsys is shutting its doors at the Navy Yard. There aren’t many modular builders in New York City, and transporting the modules long distances can get expensive.