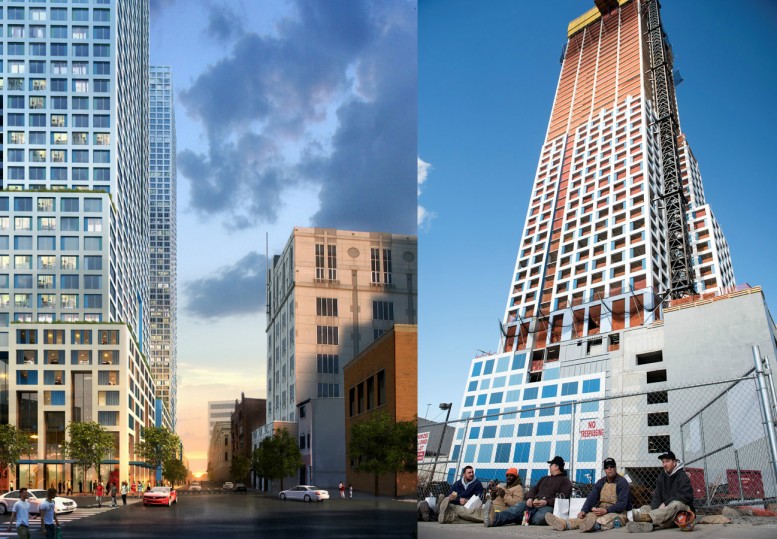 Late in 2014, YIMBY reported on the ground breaking of Journal Squared’s first residential tower, located right around the corner from the Journal Square PATH station, in northwestern Jersey City. On Wednesday, Kushner Real Estate Group topped out the 53-story, 538-unit building, which stands 563 feet above street level, according to the Jersey Journal. Façade work is also now underway, and completion of the tower is expected in 2016. Once completed, Journal Squared will boast three towers and 1,838 residential units, along with 36,000 square feet of retail and restaurant space. The second tower to rise will stand 70 stories and the final tower will top out at 60 stories. HWKN is the design architect, while Handel Architects is serving as the architect of record.