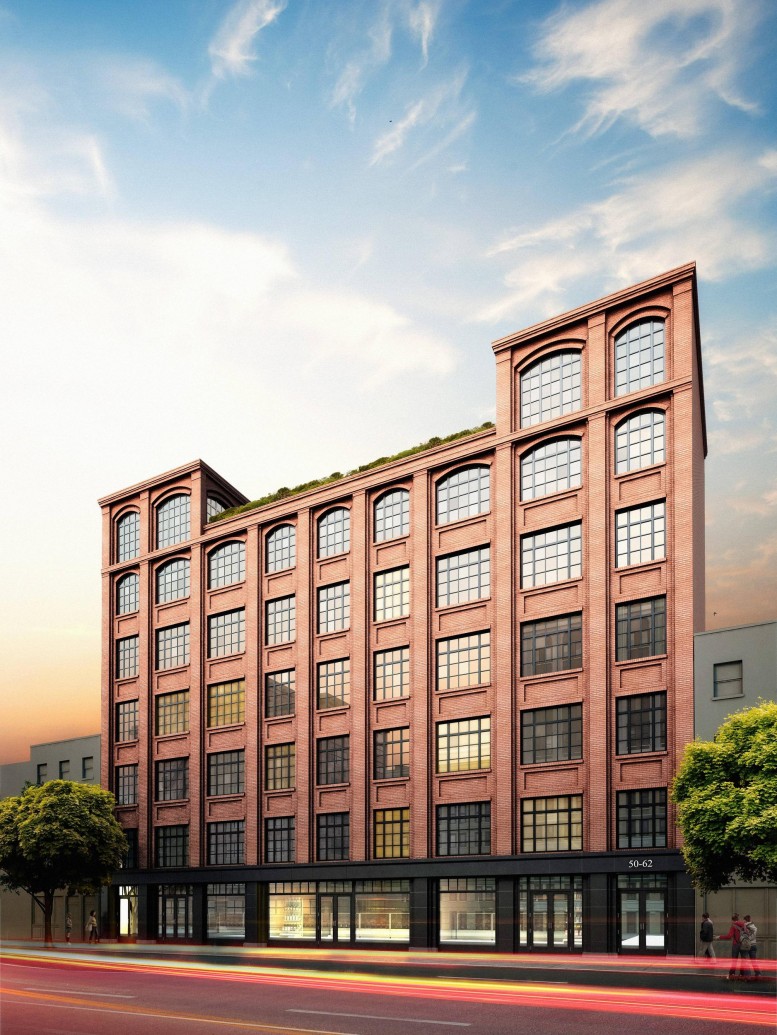 Early in 2014, YIMBY reported on applications for a seven-story, 37-unit residential building at 50 Clinton Street, on the Lower East Side, and later that year, DHA Capital acquired the development site for $28 million. Bowery Boogie now reports foundation work is well underway, although construction has been temporarily halted by stop work orders. Issac & Stern Architects is designing the project, which will also include 1,836 square feet of ground-floor retail space. The residential units will be condos and will average 1,023 square feet apiece. All but eight are in contract and completion is scheduled for the second half of 2016.