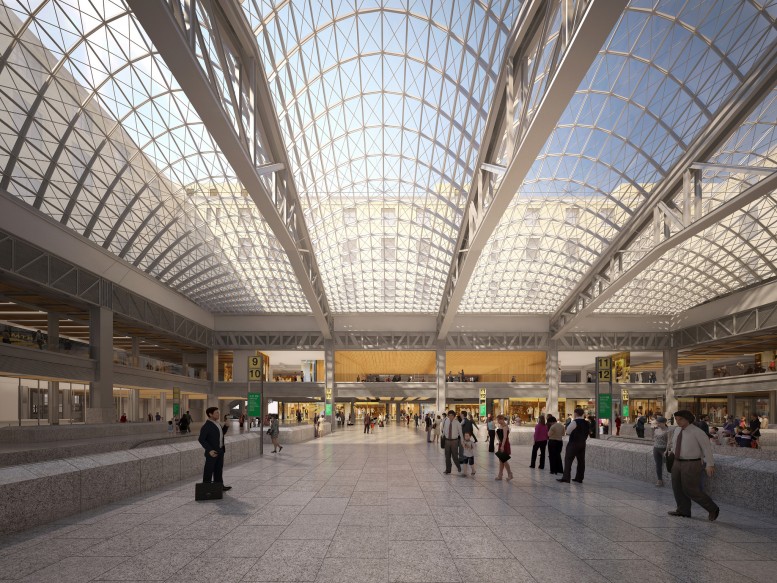 Earlier this month, news broke that Gov. Andrew Cuomo was moving forward with plans to upgrade Pennsylvania Station, between West 31st and 33rd streets on Eighth Avenue in Midtown, and now the state has issued a Request For Proposals (RFR) for the project, dubbed the Empire Station Complex. According to Curbed NY, the document highlights plans to build a main entrance on Eight Avenue, which would entail demolishing the Theater at MSG. In addition, it would connect the station to the proposed new tracks of the Gateway Project, which includes new tunnels under the Hudson River and Amtrak’s expansion into Moynihan Train Hall (the Farley Post Office) and the connecting concourse, along with other upgrades. The renderings were created by Skidmore, Owings & Merrill, although the selected team could go ahead with a different firm. Proposals are due by April 22.