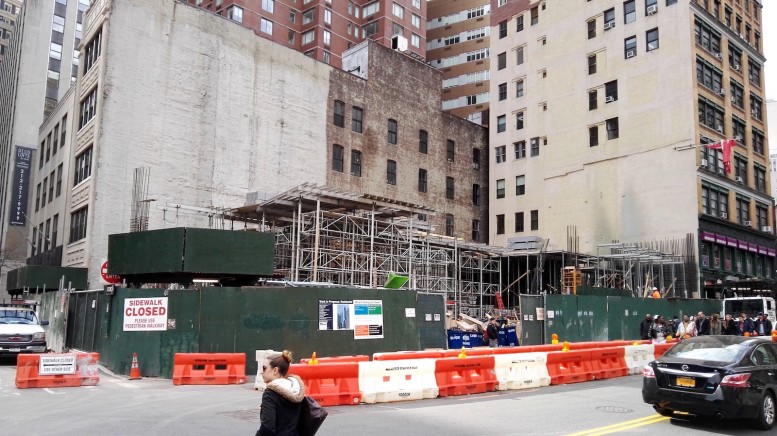 Amenities listed on the Schedule A include storage for 61 bicycles plus an exercise room in the cellar. On the 23rd floor, there will be a lounge, game room, “dining kitchen,” laundry room, and communal terrace.

As mentioned, this is a mixed-use building. There will be 5,865 square feet of retail on the first floor, which will, naturally, also be the floor for the residential lobby.

The Parkland Group and Socius Development Group are the developers, with Goldstein, Hill & West responsible for the design. We believe it is possible to have the building done this year. After all, the 1,250-foot-tall Empire State Building was constructed in one year and 45 days.