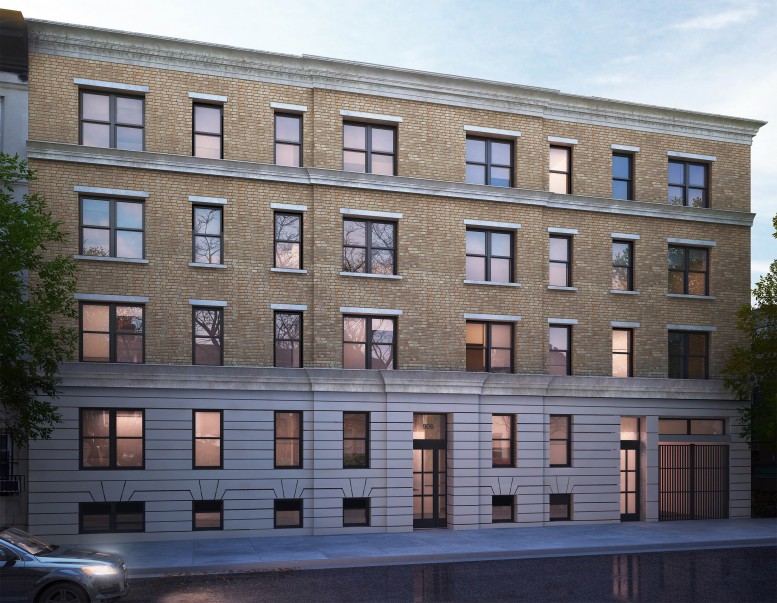 In January, the Landmarks Preservation Commission approved plans for a new apartment building at 906 Prospect Place, between New York Avenue and Brooklyn Avenue in Brooklyn’s Crown Heights North Historic District II. That plan is going forward, but with a new developer.

Principal Jeffrey Gershon of developer Hopestreet picked up the lot – consisting of empty space and a two-story garage dating to 1897 – for $3.5 million in September 2014. Now, he has sold the lot for $7,463,514.72 to an undisclosed buyer, who’s listed on the deed as DRK Prospect Place LLC with a SoHo address.

“Hopestreet’s expertise is in creating value by developing underutilized real estate,” Gershon told YIMBY. “…and in this particular instance, value was created by designing and planning a building which received unanimous approval by landmarks and addresses the demand of underserved buyers for this historic location.”

As we reported previously, the existing structure, which received no style designation when the district was designated, is a real eyesore and bears no little resemblance to its appearance at the time of its construction. Nobody, not the members of the commission and not any members of the public, testified in opposition to its demolition. However, that demolition has yet to take place and permits have yet to be filed. When it comes to the new building, it was designed by Chris Carrano of Manhattan-based ADG Architecture & Design, with help from preservation consultant Mary Dierickx. The new building permit lists it as spanning 22,044 square feet. With 19 units, that should work out to a spacious average unit size of over 1,160 square feet. It will rise five stories, though the fifth story will be set back considerably.

No timeline for demolition or construction has been revealed.