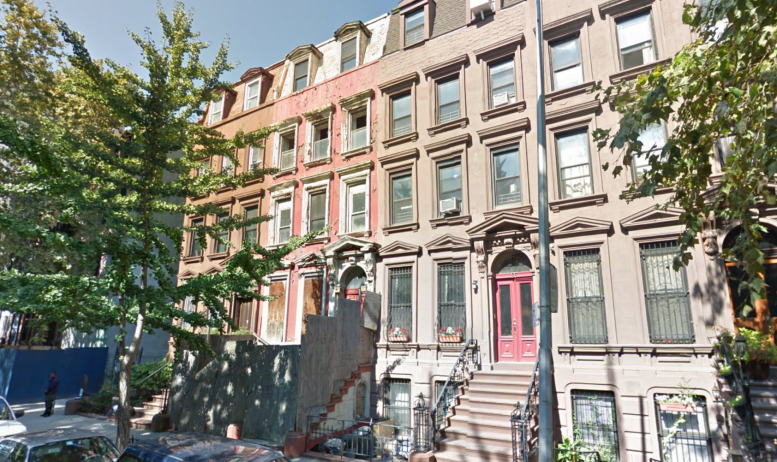 An architect and his wife are finally planning to renovate a crumbling and long-vacant townhouse at 57 West 130th Street, between Lenox and Fifth avenues in Harlem.

The city considers this building an SRO, or single room occupancy hotel, and the owners need to secure a certificate of non-harassment (CNH) from the city before converting it to regular apartments. It’s unclear why the owners have let it sit empty for so long, because they bought the house in 2002. But it’s pretty common for decrepit properties that have sat empty for decades. Getting a CNH can be a time-consuming and challenging process, and the house appears to be in pretty rough shape, with a long list of building code violations.

The owners are documentary filmmaker Pamela Page and architect Igor Josza, who’s the director of interior design at NoMad-based Arquitectonica.

They’ve filed plans to convert their four-story house from 12 SRO units to four apartments. The plans also call for a one-story expansion, which will boost the structure to five stories, plus a basement and cellar. The newly renovated house will have two duplexes and two full-floor apartments, spread across 6,600 square feet.

Josza and Page have gotten press for their Harlem house before. In November 2014, they talked to the New York Post about how scammers had tried to steal the property and sell it to unsuspecting buyers. The buyers shelled out a $90,000 down payment, but instead of suing the fraudulent sellers, they decided to sue Josza and Page. “The crooks tried three more times to sell the property, even changing the locks at one point,” the tabloid notes.

The south side of the block is also home to the landmarked Astor Row townhouses, but landmark protection does not extend to no. 57, on the north side of the street.