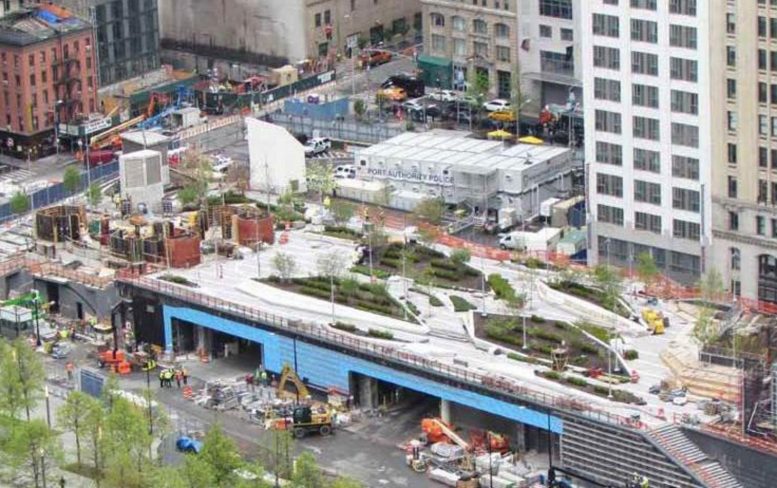 Liberty Park in early May. Image via the Port Authority.