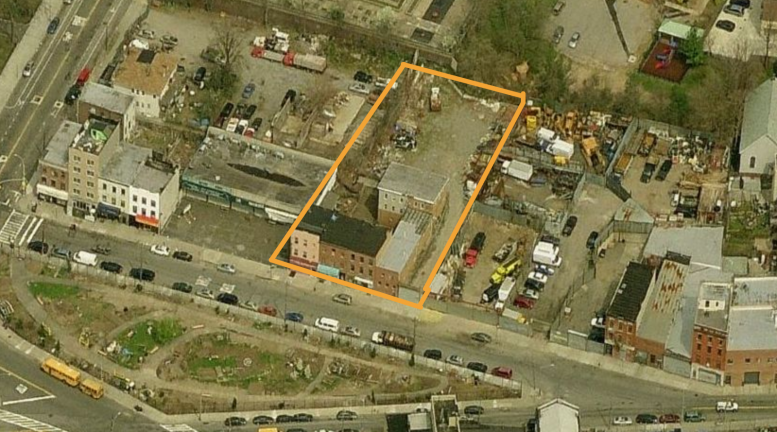 The stretch of western Astoria that runs next to Hallets Point and south of Astoria Park hasn’t seen much new residential construction, but the development tide has begun to turn in the solidly middle-class neighborhood.

A six-story building is coming to 8-29 Astoria Boulevard, mid-block between 8th and 12th streets. The sprawling Astoria Houses public housing project begins at the end of the block, and Two Coves Community Garden fills a large triangular lot across the street.

The cellars would host a parking garage, bike storage, and laundry, and there would be a roof deck on the top floor. The garage would accommodate 25 cars, which is exactly what zoning requires.

The development site includes five small lots, and is currently home to three small apartment buildings with ground floor retail. The other two lots are vacant. The developer, Astoria Boulevard Construction, picked up the assemblage for a combined $4,767,842 in February 2015.

Angelo and Anthony Ng’s Architects Studio, which is based in Maspeth, will design the building.

This isn’t the first project we’ve covered in this little corner of Astoria. In the last couple months, we’ve written about the construction of a six-story apartment building at 11-07 Welling Court and a 65-unit residential development planned across the street.