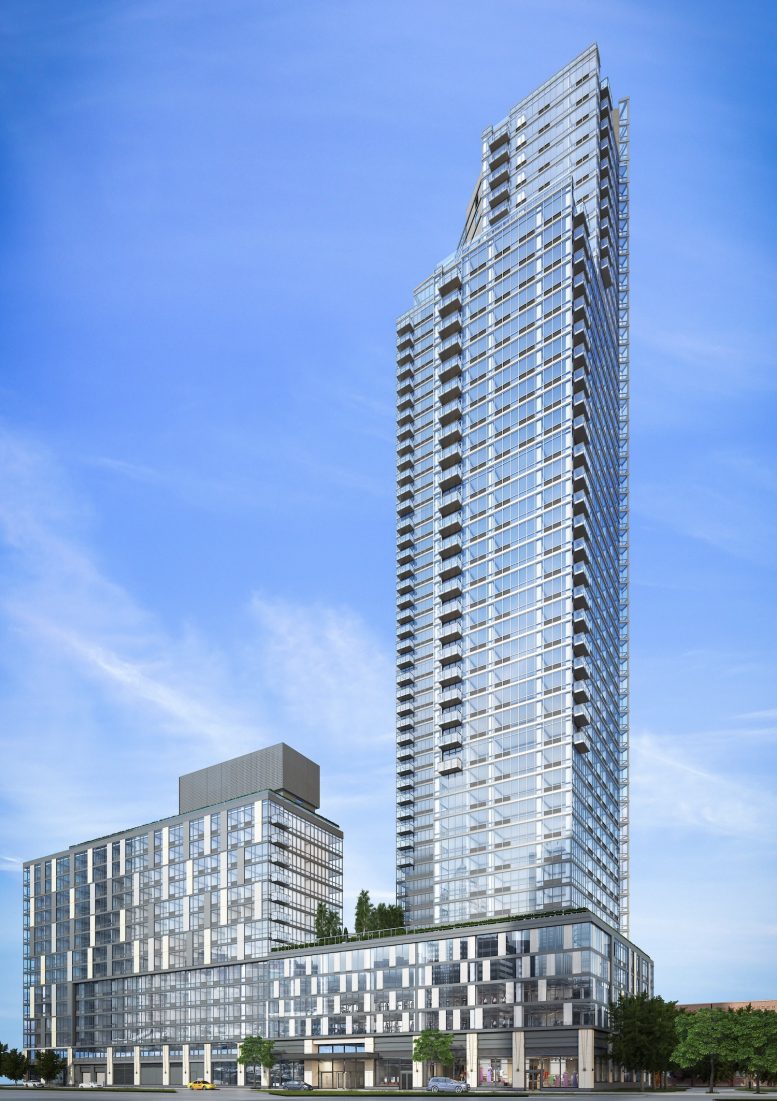 Rockrose Development is taking over Long Island City, and today, YIMBY has fresh renderings for the firm’s newly topped-out 50-story tower at 43-25 Hunter Street, which has been named Hayden.

When we last checked in with the project in March, it had hit 35 stories. By mid-April, it had gained another 10 floors. Now, the building has officially topped out, reaching 50 stories and 509 feet. When Rockrose finishes construction, it will rank as the fourth tallest tower in Queens. The three buildings higher up on the list are One Court Square (aka the Citigroup Building), 42-12 28th Street, and Rockrose’s other huge development at 43-22 Queens Street. The base of Hayden at 43-25 Hunter Street. rendering via Rockrose

The finished structure will have 974 apartments. Twenty percent of them, or 195 units, will rent for below-market rates to families who earn no more than 60 percent of the Area Median Income, or $54,360 for a household of four. The skyscraper will also become the largest 80/20 project outside of Manhattan, thanks to the now-defunct 421-a tax exemption program. The finished tower will span 970,000 square feet total, including 19,400 square feet of retail on the ground floor. Apartments will break down into 348 studios, 459 one-bedrooms, and 167 two-bedroom apartments. There will also be a familiar list of luxury amenities, including a yoga room, basketball court, Zen garden, “rooftop solarium,” screening room, and library.

Work on Hayden is expected to wrap sometime in 2017. The prolific firm SCLE Architects is designing the building, along with several other glassy high-rises in the neighborhood around Court Square.

Rockrose has quite a track record in Long Island City, and Hayden is its third major development there. The firm finished the 429-foot-tall, 709-unit Linc LIC down the block in 2013 and the 31-story 47-05 Center Boulevard in 2007. And Rockrose recently started excavation on its fourth tower at 43-22 Queens Street, where it plans to preserve part of the historic Eagle Electric warehouse and erect a 54-story residential tower.