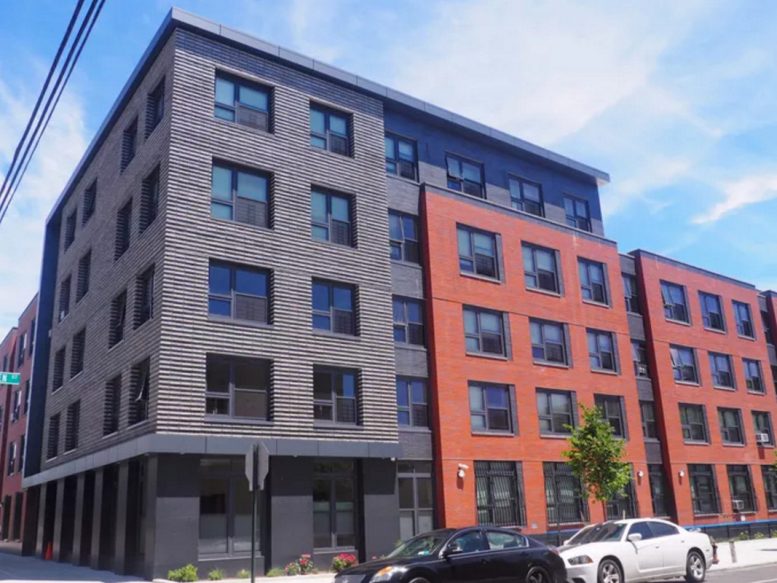 Construction has wrapped up entirely and occupancy is currently underway at the five-story, 80-unit affordable/supportive housing project at 331 Saratoga Avenue, located on the corner of Bergen Street, in Ocean Hill. Photos of the completed building can be seen in a Curbed NY report. Dubbed Bergen Saratoga Apartments, it measures 74,614 square feet. It will feature 40 one- and two-bedroom apartments that will rent at below-market rates through the affordable housing lottery, in addition to 40 studio apartments that will be occupied by formerly homeless people. CAMBA will also supply social services for the building’s residents. Amenities include a library with a computer room, an outdoor recreational space with a playground, a community room with a kitchen, laundry facilities, storage for 40 bikes, and 15 off-street parking spaces. Dunn Development Corp. and the city’s Department of Housing Preservation and Development (HDP) are the developers, while SLCE Architects is behind the design. Construction on the project began in 2014.