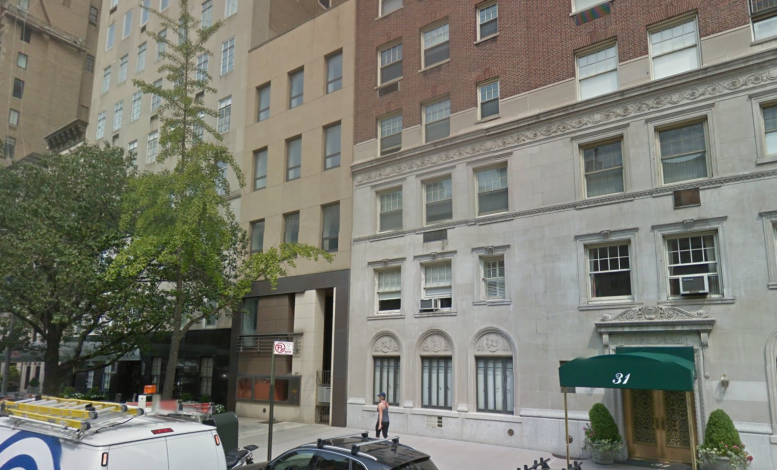 In April, developer Matthew Adell shelled out $28 million for an odd-looking, five-story townhouse at 27 East 79th Street on the Upper East Side. Now, he plans to build a 15-story condo building on the property, which is three doors down from former Mayor Michael Bloomberg’s mansion at 17 East 29th Street.

After the lobby and ground floor commercial space, there would be a duplex on the second and third floors topped by three full-floor apartments. Three more duplexes would fill the seventh through 12th floors, topped by a penthouse triplex.

The current 5,800-square-foot house occupies a prime plot between Madison and Fifth avenues, a block from Central Park and the Met. The original townhouse dates back to the turn of the century, but the postmodernist facade was dreamed up by late Austrian architect Hans Hollein in 1969.

Both the spacious apartments and the location leave little doubt that these will be very pricey condos.

The property has actually changed hands twice in the past year and a half. Investor Orin Portnoy picked it up for $15.7 million in March of 2015, before flipping it to Adell for an extra $12.3 million. Adell paid less than the property’s asking price, which was a whopping $34.75 million, according to a flyer from Cushman & Wakefield

Meanwhile, Bloomberg has been slowly buying up units at 19 East 79th Street, the townhouse co-op next door to his mansion. He began purchasing those co-ops in 1989, according to the New York Times. By April of this year, he owned five of the six units in no. 19. Now, the mogul-turned-politician is just one apartment away from creating a mega-mansion “reminiscent of the Gilded Age behemoths,” in the words of the Observer.