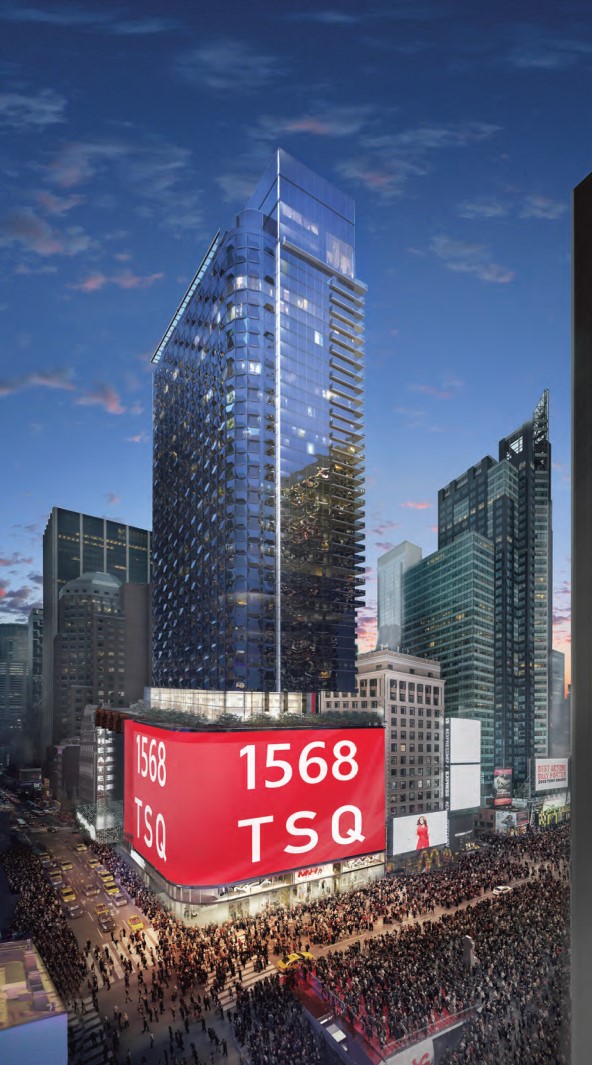 In November, the Landmarks Preservation Commission approved the lifting and reconfiguration of the landmarked Palace Theater at 1564 Broadway. Now, thanks to EB-5 documents, we have full renderings of what the DoubleTree Hotel site surrounding it will look like once the redevelopment is finished. Indianapolis-based Maefield Development purchased the property for $540 million. They worked with the Nederlander Organization, which runs the Palace Theater, PBDW Architects, and preservation consultants Higgins Quasebarth & Partners to come up with a plan to literally raise the entire theater and reconfigure it to allow for a larger lobby and more back of house space.

EB-5 documents indicate the signage will measure 17,000 square feet in total. That will fall just 1,000 square feet shy of the world’s largest sign, which is also under construction at 7 Times Square, directly across the street from the DoubleTree. Even amongst the bright lights of Times Square, the additional wattage from the two projects combined will be quite substantial.

Actual construction permits have not yet been filed, but early applications indicate the possibility that there will also be condominium units on the site.