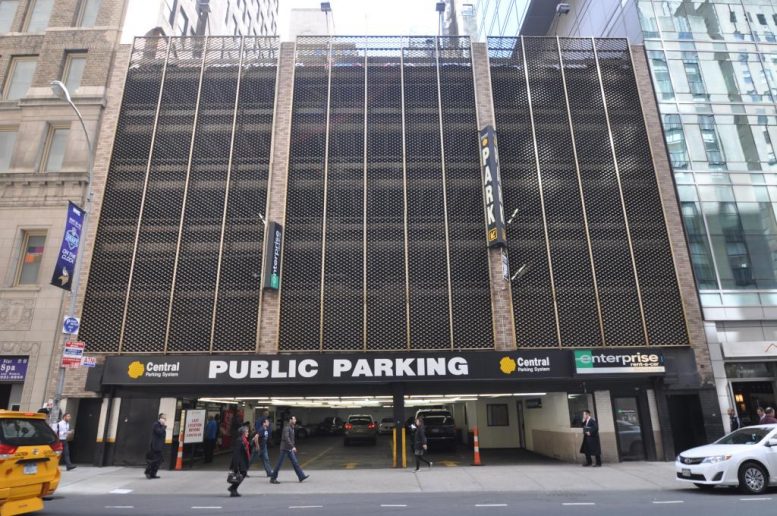 DNA Development has filed applications for a four-story, 32,349-square-foot commercial-retail building at 12 West 48th Street, in Midtown. The ground through fourth floors will exclusively contain retail space. The structure will rise 66 feet above street level, which means the ceilings should average 16.5 feet in height. West Village-based Ennead Architects is the architect of record. The amount of commercial space planned clocks in at 23,345 square feet, which is significantly less than the maximum commercial square-footage that could be built, 75,310 square feet. The 7,531-square-foot lot is currently occupied by a parking garage. Permits were filed to demolish it over the summer, as YIMBY previously reported. Completion is expected in early 2018.