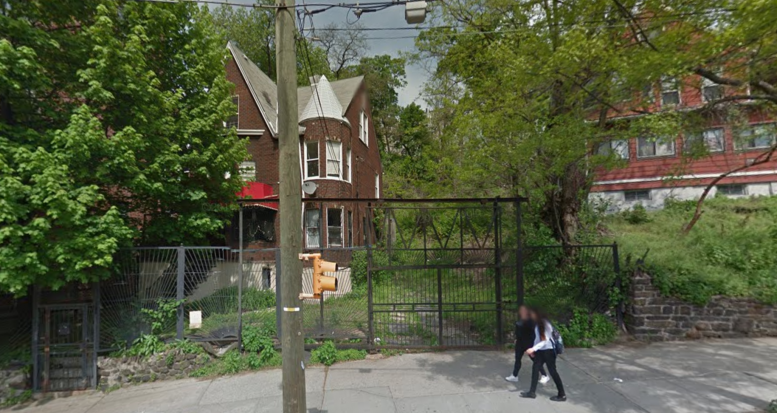 Kingsbridge Heights, in the northwest Bronx, remains one of the most affordable and solidly working class neighborhoods in the city. So it’s exciting to see new development sprouting there, on the blocks south of the Jerome Park Reservoir.

New building applications were filed last week for a seven-story apartment building at 235 West Kingsbridge Road, between Heath Avenue and Kingsbridge Terrace and a block west of the Major Deegan Expressway. The project, which appears to be market-rate rentals, will replace a standalone, two-and-a-half-story brick house. Plans call for 40 apartments spread across 27,610 square feet of residential space, for typical units measuring 690 square feet. That means most units will be studios and one-bedrooms.

The first floor will include one apartment and a parking garage, followed by seven units apiece on each of the middle floors and four units on the top floor. There will also be a two-level, 20-car garage spread between the cellar and ground floor, which is required to fulfill the city parking requirements.

The developer is Paul Durgaj’s Ducaj Construction Corporation, based in Scarsdale, and Pelham, N.Y.-based Fred Geremia Architects and Planners will handle the design.

This area is relatively unknown territory for developers, who have mostly taken aim at the transit-rich former industrial neighborhoods in the South Bronx. But the city is getting read to rezone the auto shop-heavy Jerome Avenue, which runs a few blocks east of this site. The new residential zoning will stop just south of Fordham Road, about a dozen blocks southeast of 235 West Kingsbridge. However, YIMBY suspects the rezoning will push builders will start paying more attention to this hood, which is largely populated by aging prewar apartment buildings and a unique collection of old townhouses like this one.

Permits Filed for 2136 Matthews Avenue in Pelham Parkway, The Bronx