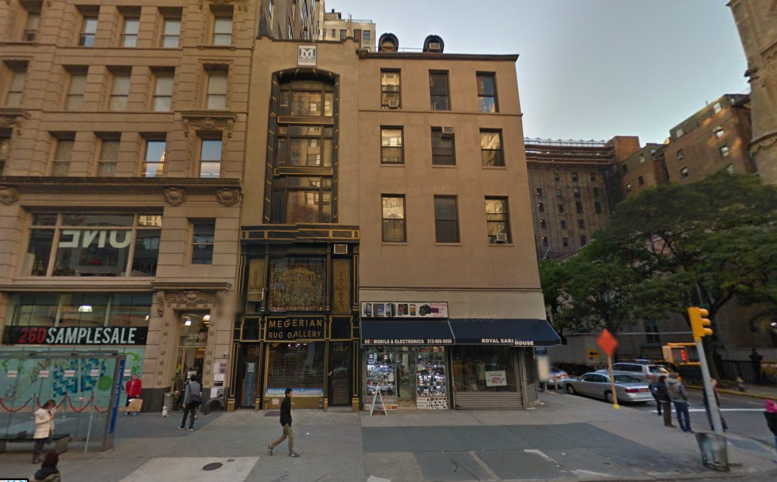 The building applications call for a 928-foot-tall, mixed-use development. It would certainly be among the tallest new buildings in the neighborhood, but it wouldn’t beat out the Empire State Building, which has a spire reaching 1,454 feet into the air. 262 Fifth would have just 41 condos divided across 139,168 square feet of residential space. Typical units in the building would clock in at a luxurious 3,400 square feet.

We’re not sure how those large condos will sell here, because the high-end luxury market is already beginning to soften in Manhattan. Maybe the developer will end up chopping up the units to sell them, like Macklowe and CIM were forced to at the supertall 432 Park Avenue.

The first two floors would have 10,850 square feet of retail, followed by a floor of mechanicals, and a pool, gym, and shared terrace on the fourth floor. Then there would be a duplex, topped by 16 stories of full-floor apartments, four more duplexes, and then six full-floor penthouses. The building would also have a shared roof deck and a 14-car garage in the cellar.

Kuzinez isn’t listed on the permit. Yoram Barel of Five Points JV, L.P., is listed as the owner’s representative, SLCE Architects applied for the permits.

The full assemblage of sites at 260, 262, and 264 Fifth Avenue ended up costing Kuzinez $101.8 million. He then spent an additional $5.8 million on air rights from the other properties on the block, as reported by The Real Deal. Demolition plans have been filed so far for the five-story, mixed-use building at 264 Fifth and the five-story commercial building next door at 262. However, the 12-story office building at 268 does not have demo permits on file yet.