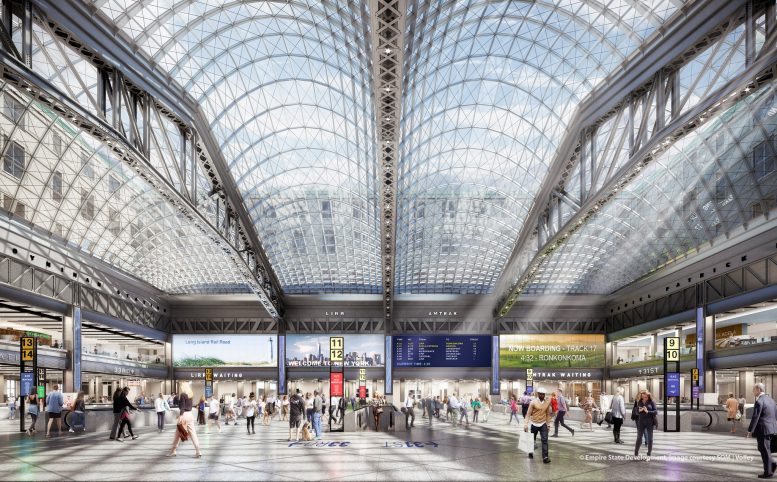 The Farley Building will be transformed into a 255,000-square-foot train hall, featuring 112,000 square feet of retail space designed by Skidmore, Owings & Merrill. The rest of the building will have 558,000 square feet of office space. Related Companies, Vornado Realty, and Skanska will carry out the Farley Building component of the project alongside the Empire State Development Corporation, Amtrak, and the Metropolitan Transportation Authority.

The Long Island Rail Road concourse will get a significant overhaul, although a separate request for proposals (RFP) has been launched for this portion. A development team is expected to be chosen before 2017. Connecting subway stations are also getting upgrades. Construction on the Farley Building is expected to begin later this year, with the main Train Hall scheduled to be complete by 2020.