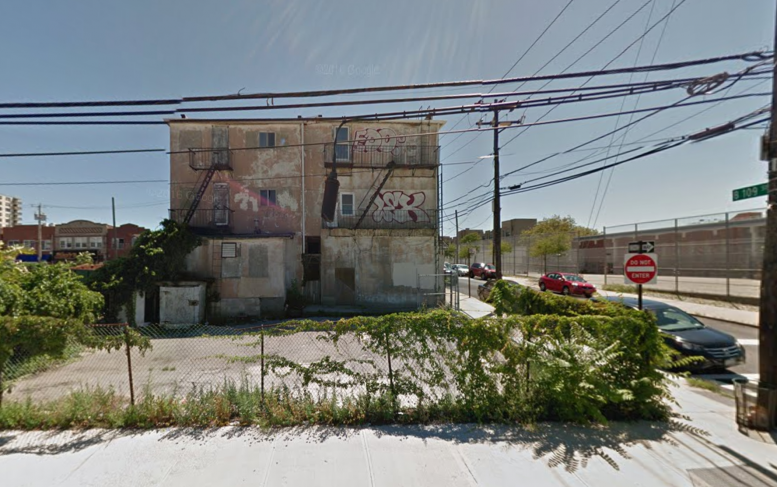 Rockaway Beach is about to get a boutique hotel designed by Wythe Hotel architect Morris Adjmi. New building applications were filed Tuesday for the six-story project at 108-20 Rockaway Beach Boulevard, between 108th and 109th Streets.

The building would reach 86 feet into the air and hold 61 rooms, including seven extended-stay suites. It would replace a long-shuttered bar and apartment building and a stretch of vacant lots, which front the whole block when assembled as one site. The development would have 38,673 square feet of hotel and retail space and 9,416 square feet of residential space. When hotels have a residential portion, it usually isn’t apartments. Instead, those “residential” suites allow travelers to stay longer than 30 days.

A bar and restaurant would fill the first two floors, followed by six stories of hotel rooms, and a “bar/flex space” on the seventh floor.

These plans call for a slightly larger project than the ones the developers presented to the local community board nearly two years ago. The developers, In Good Company Hospitality Group and JBS Project Management, told Community Board 14 that they hoped to build a four-story hotel with 30 to 50 rooms.

The two firms purchased the 19,436-square-foot assemblage for a combined $4.6 million last month. Terence Tubridy, who heads In Good Company, bought half the site from his uncle Tim Tubridy. Tim ran Tubridy’s Bar on Beach 109th Street until it closed in 1989.

In October, the developers applied for a rezoning to allow for commercial development on the site. The proposal is currently making its way through the city’s land use review process. Rendering of the proposed Rockaway Beach hotel from early 2015. image via DNAinfo

Developers Close on $30.3M Financial Package to Complete ‘Arverne East’ in The Rockaways