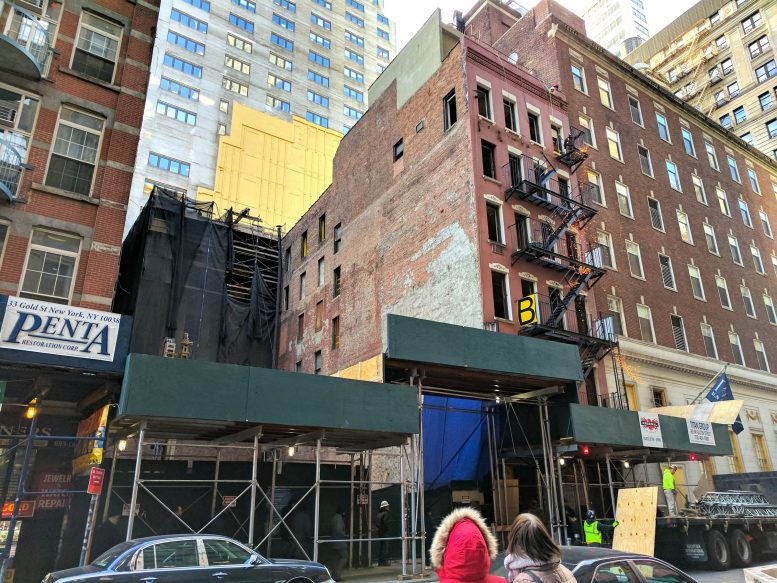 Demolition on 94 Fulton Street in December 2016. Photo by rbrome via the YIMBY Forums.

The Lightstone Group is now exploring market demand for a 244-unit condominium tower at its Financial District development site at 130 William Street. The developer is abandoning previous plans, filed in March 2015, for a 50-story residential-hotel tower, The Real Deal reported. The latest building applications at the Department of Buildings have been amended to reflect the change in plans. Although the number of units don’t match reports, the latest filings detail a 61-story, 188-unit tower with 15,373 square feet of retail across the cellar through second floors. The structure would measure 386,588 square feet and rise 750 feet in height. Goldstein, Hill & West Architects is the architect of record. Demolition on 130 William Street in November 2016. Photo by rbrome via the YIMBY Forums.