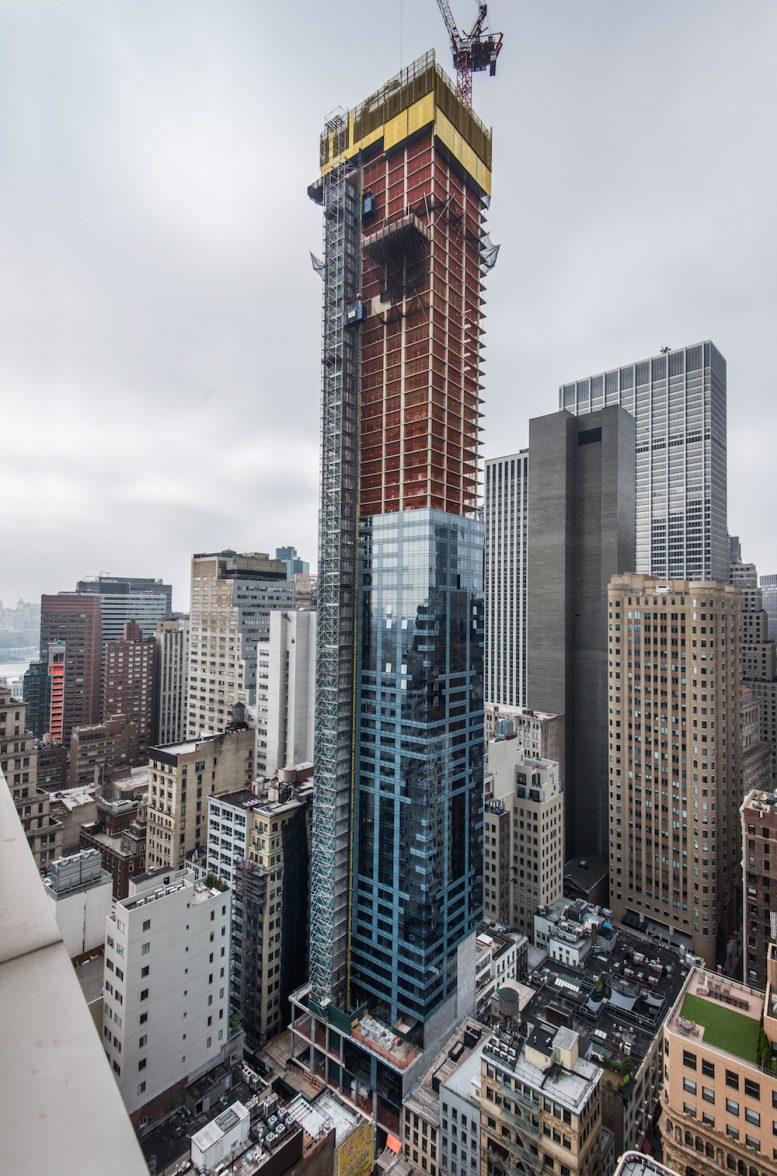 118 Fulton Street has been making swift progress over the past few months, and now, the 752-foot-tall tower has officially topped-out. Foundation work was still ongoing just over one year ago, with the 66-story building’s rise since then clocking in at an impressive pace of over one floor per week. SLCE Architects is behind the design for the project, which is being developed by Carmel Partners.

The 450,000 square foot building has 483 mixed-income apartments within, as well as retail space on the first few floors. Carmel Partners acquired the site from The Lightstone Group back in September of 2014 for $171 million, keeping the original plans in the process. Gilbane Building Company provided CM services for the site. 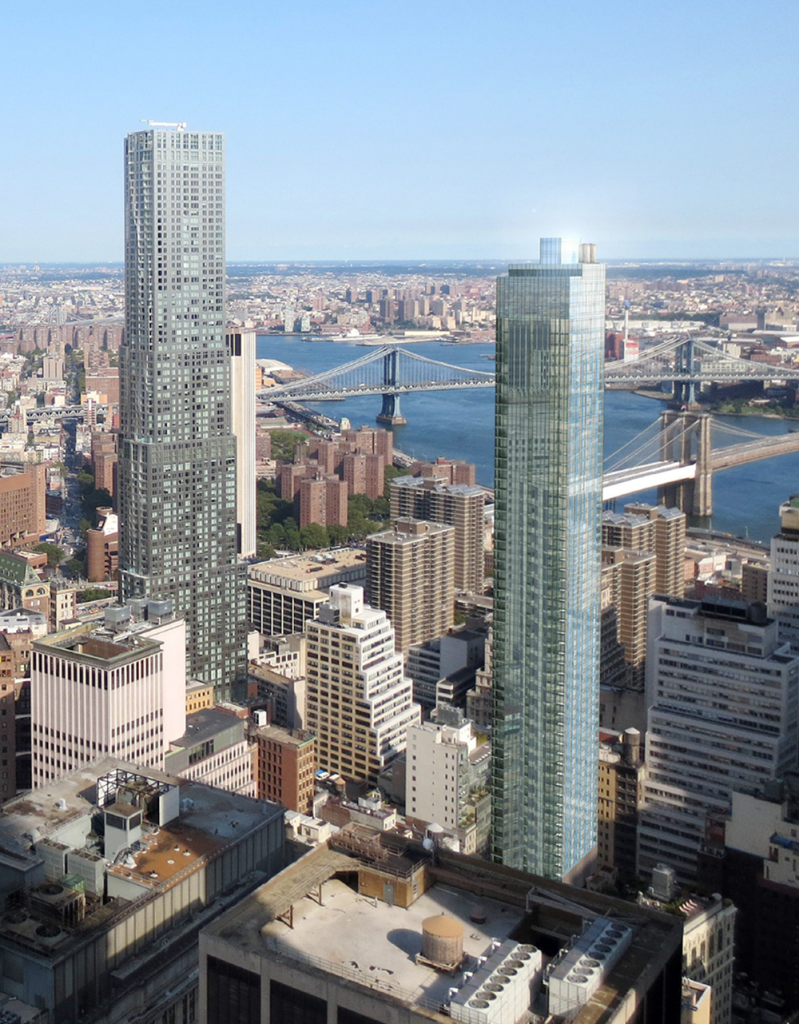 While the envelope is fairly standard and the exterior is plain, there are no PTAC units to be seen, which makes the monotony substantially more palatable. The density of the Financial District surrounds also ensures that even at 762 feet to its rooftop, the skyscraper is almost invisible.

118 Fulton’s topping-out is only the latest milestone in Fulton Street’s rapid evolution, and several smaller projects have recently sprouted in surrounding blocks. Around the corner, also fronting onto Fulton Street, 118 Fulton’s former owner is now focusing on an even taller condominium tower at 130 William Street. Lightstone’s progress on that building, which will rise 800′ to its rooftop with a design by David Adjaye, was covered by YIMBY last month.

As for 118 Fulton, facade installation is still in progress, and full opening is probably about a year out.