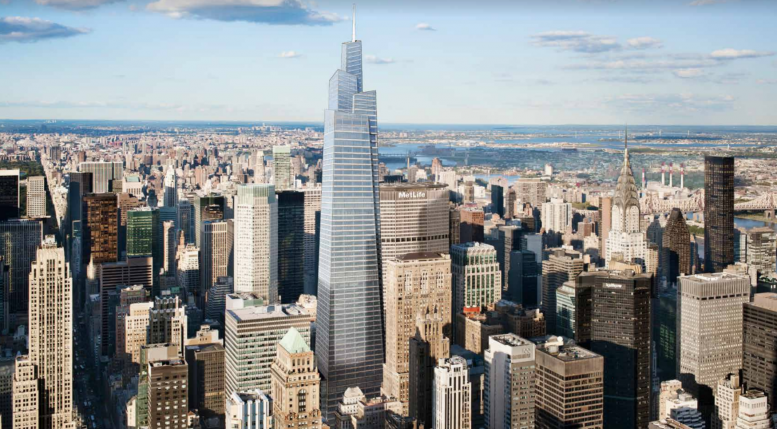 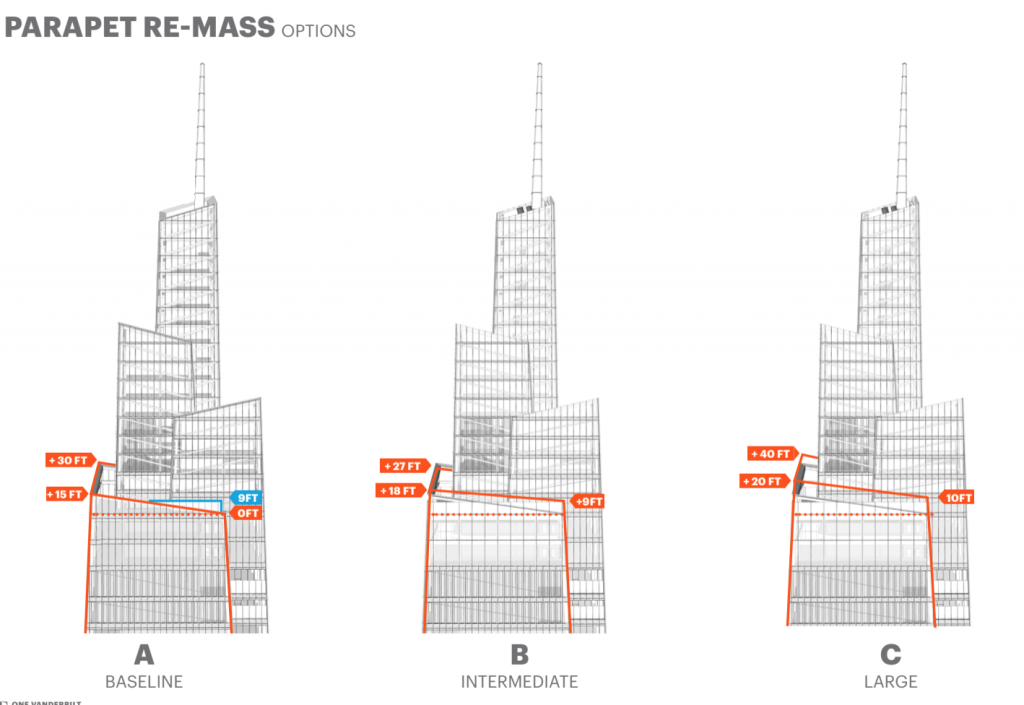 While the supertall will stand 1,401 feet to its pointy parapet, the actual observation deck will be a good bit lower, at around 1,100 feet. The configuration has several potential options in the planned revisions, by architect Kohn Pedersen Fox, and while the changes to the overall envelope won’t be too substantial, the implications for the major public portion of the skyscraper are a bit more significant. 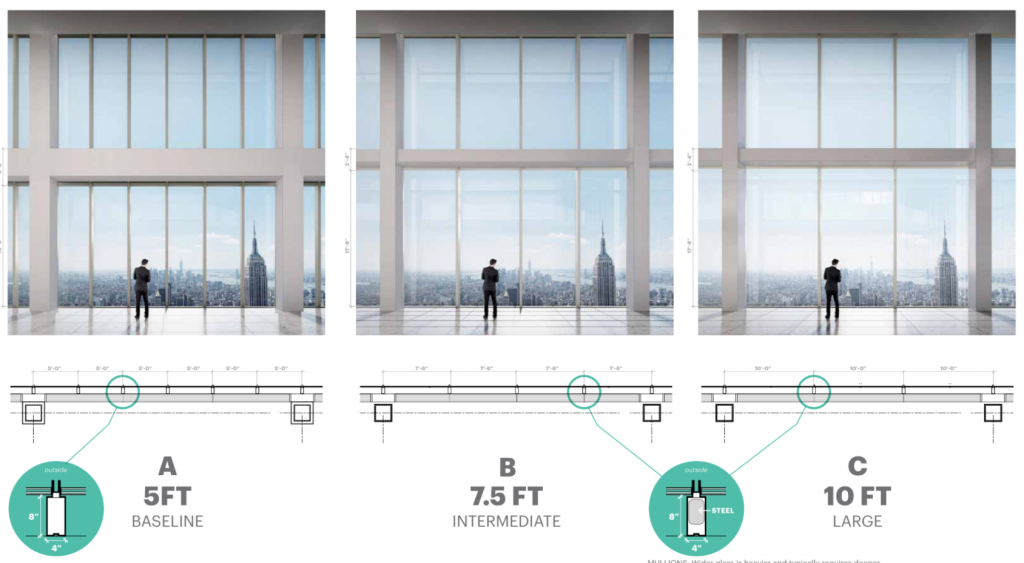 Several options are on the table in terms of window size and spacing, and the changes will also have an impact on how the tower’s crown appears from afar, with the observation deck’s new glass looking quite a bit different from that on the rest of the tower due to translucency. 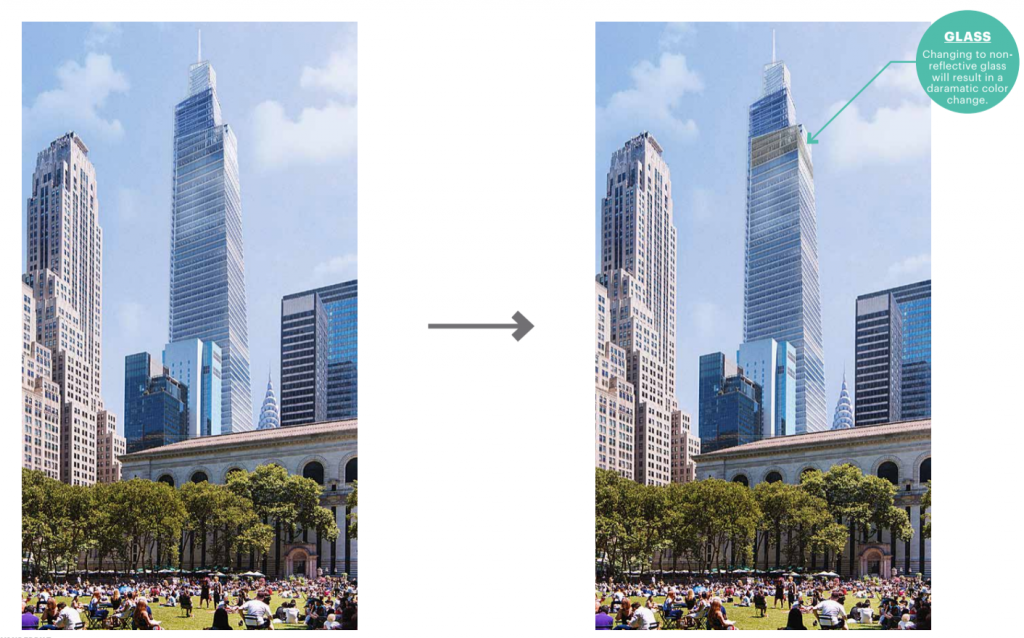 Besides the new renderings, construction on the tower is now climbing several floors above ground level, and the retail floors of the supertall are already quite imposing. The block-spanning project will clearly be a major presence on both skyline and streetscape. 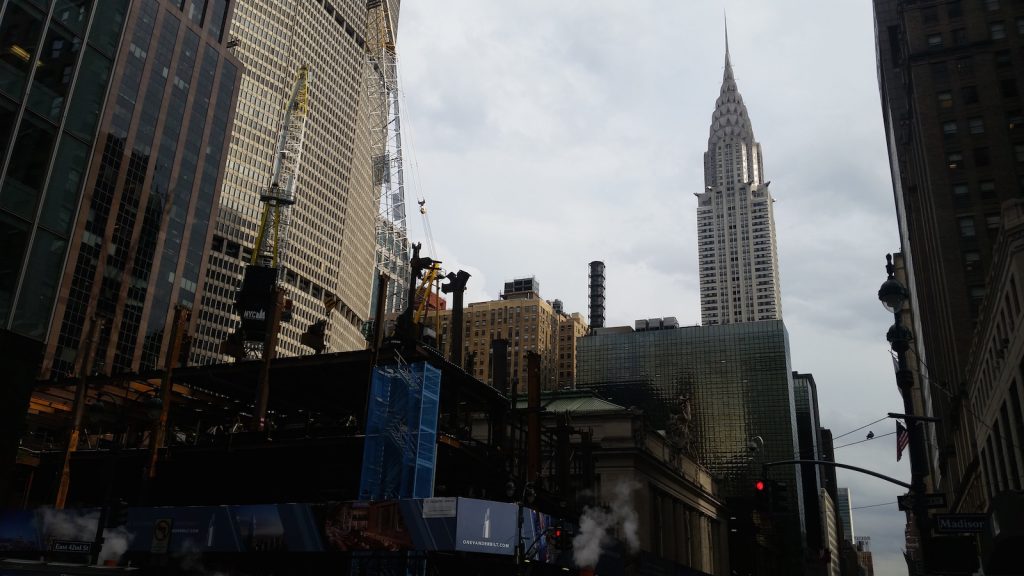 Completion is currently anticipated for the end of 2021.