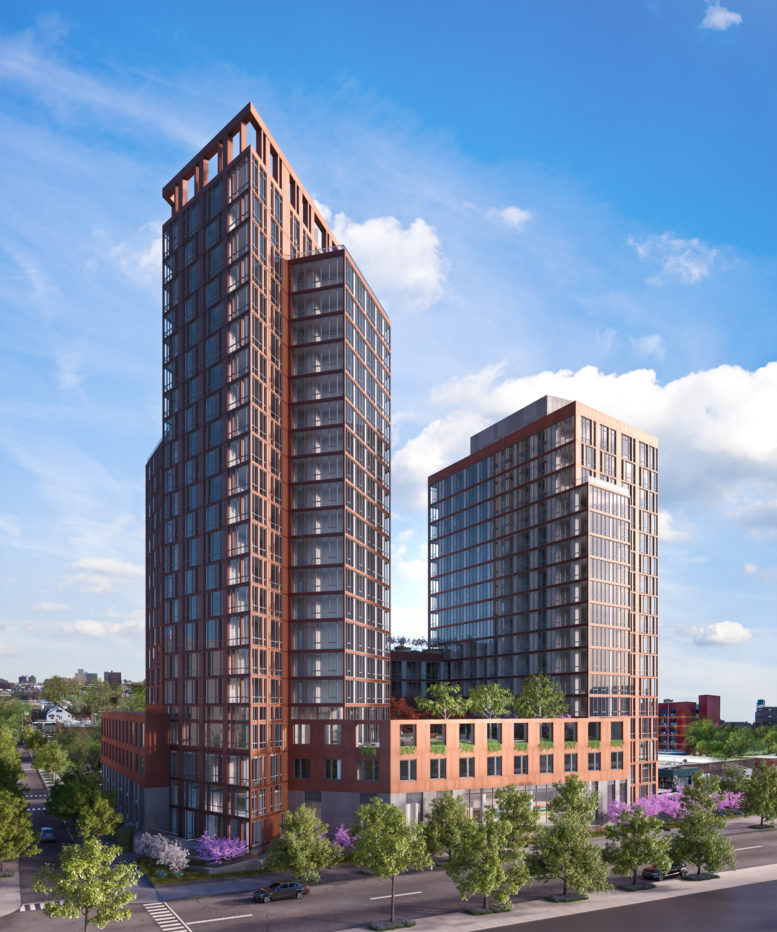 Once complete, 10 Halletts Point will bring 405 rental units to the neighborhood, of which, 81 will let for below-market rates. The lottery for affordable housing has just opened, with studios starting at $947 per month, and three-bedrooms for $1,414 per month. Applications will be accepted from now until May 7, 2018. Information about how to apply can be found here. 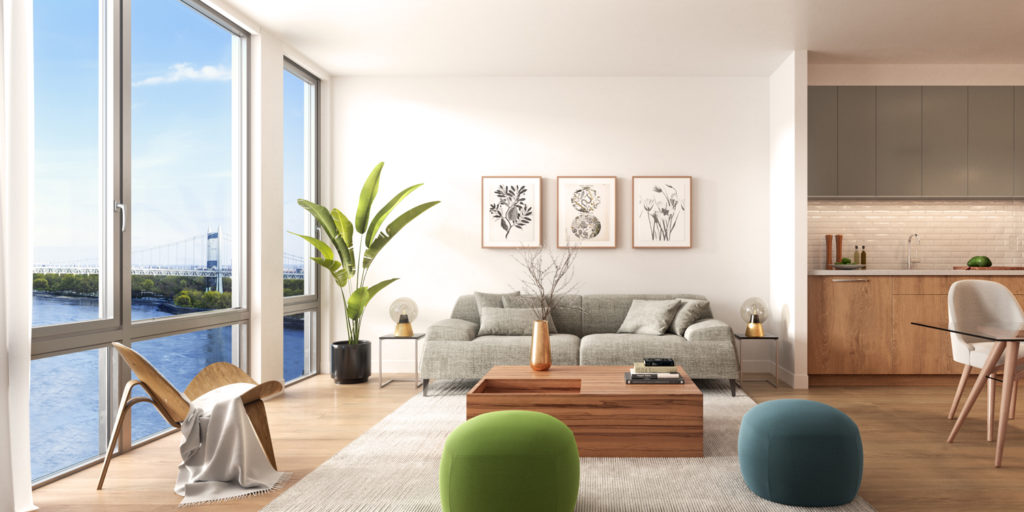 Dattner Architects is responsible for the design. Rooms will have large floor-to-ceiling windows bathing interiors with sunlight. A recreational terrace nestled between the two towers comes with several seating arrangements designed to maximize the space for tenants. 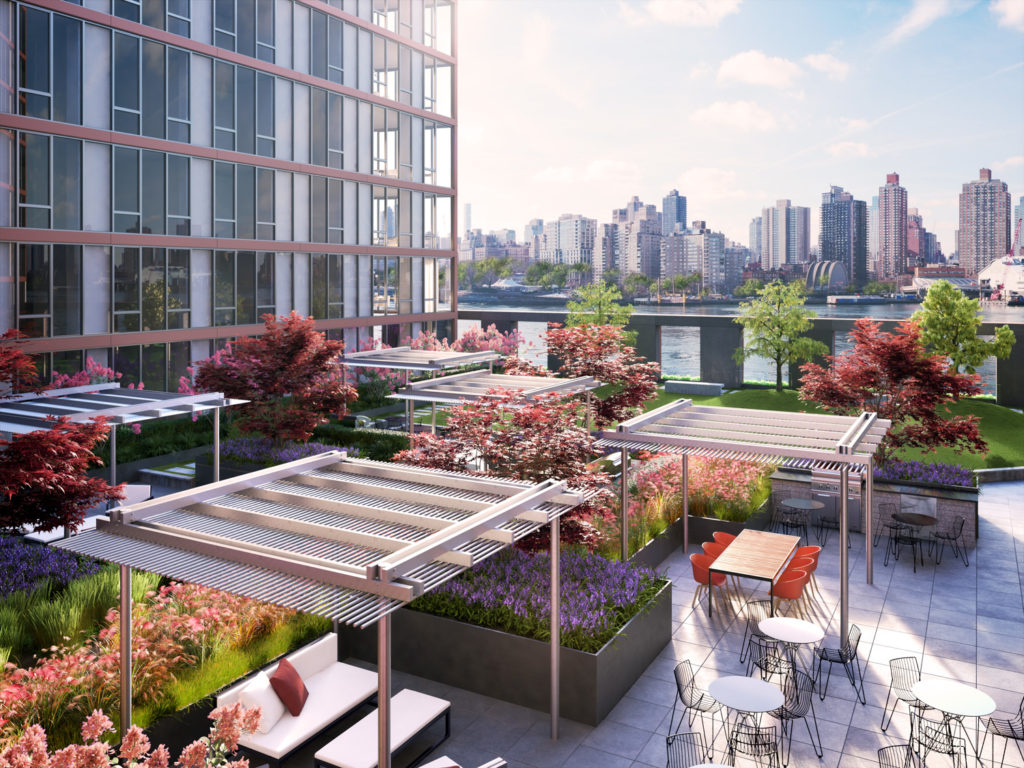 Tenants will have access to 25,000 square feet of amenities, including two outdoor terraces, barbecue grills and dining tables, a fitness center, yoga studio, lounge, party room, children’s playroom, and an on-site parking garage. That last point might not be necessary since the location will also have a new ferry terminal connecting to East Midtown, Roosevelt Island, and Long Island City.

Another exciting addition to the project will be a 25,000 square foot grocery store from Brooklyn Harvest Market.

Last but not least, the developers will also be adding 100,000 square feet of open green-space on the waterfront. 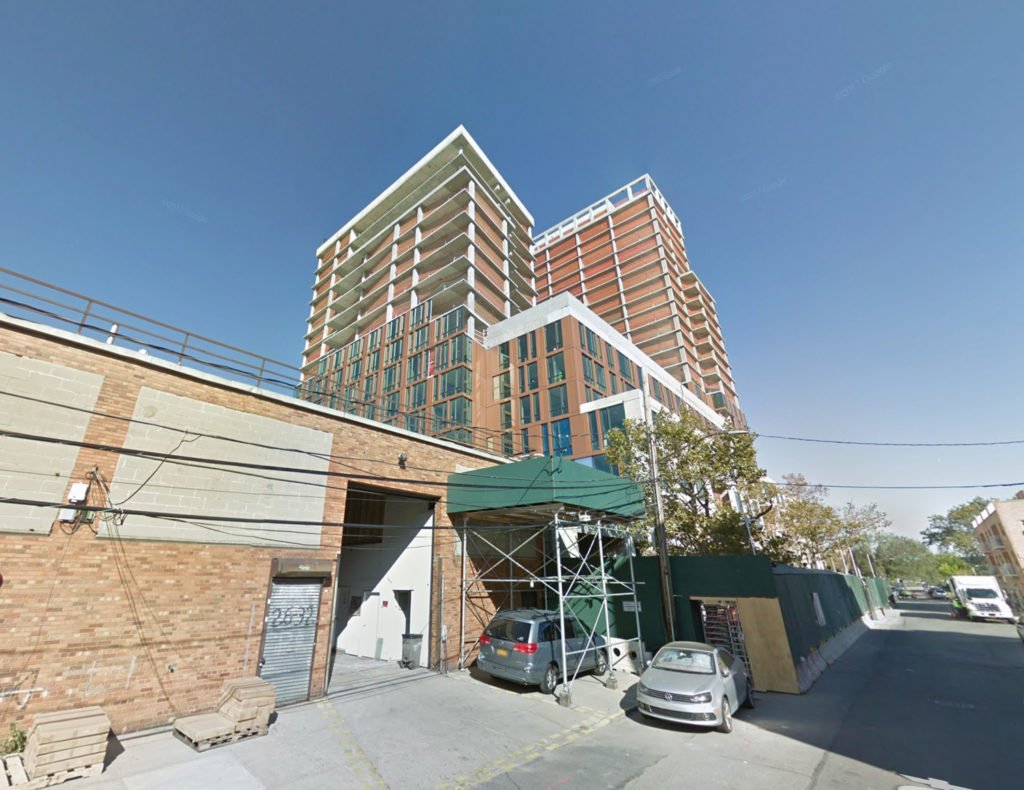 Completion is imminent for 10 Halletts Point, with move-ins expected later this year.