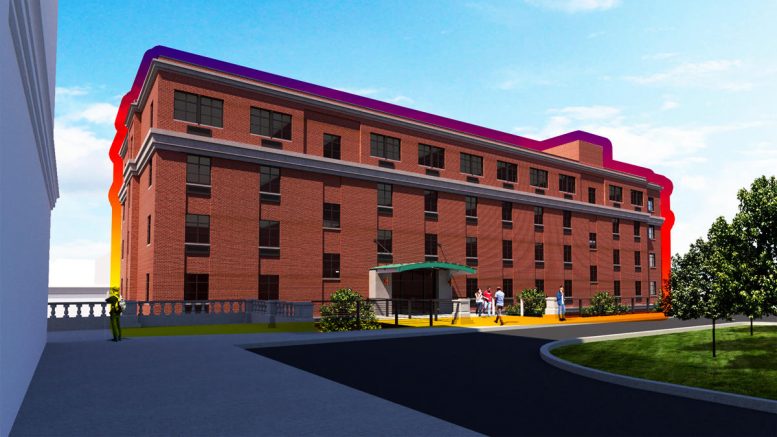 Permits have been filed for a 91-room dormitory at 6301 Riverdale Avenue on the College of Mount Saint Vincent campus, in The Bronx. The North Riverdale site is a sixteen-minute bus ride away from the Van Cortlandt Park subway station at 242nd Street, end of the line for the 1 train. The College’s Vice President of Operations Kevin DeGroat is listed as behind the applications.

The Real Deal claims to have uncovered a rendering of the project, which depicts a masonry structure and hints at river views for the lucky residents on the west side of the building. YIMBY has not been able to independently verify if the rendering is accurate.

The 63-foot tall structure will yield 62,760 square feet, with 59,550 square feet dedicated to community facility use. The first two of six floors will be occupied by the nursing school, with dormitory rooms and lounges taking up the rest of the space. The entrance lobby will be on the third floor, which is likely what’s depicted in the rendering.

A/R Environetics Architects will be responsible for the design. 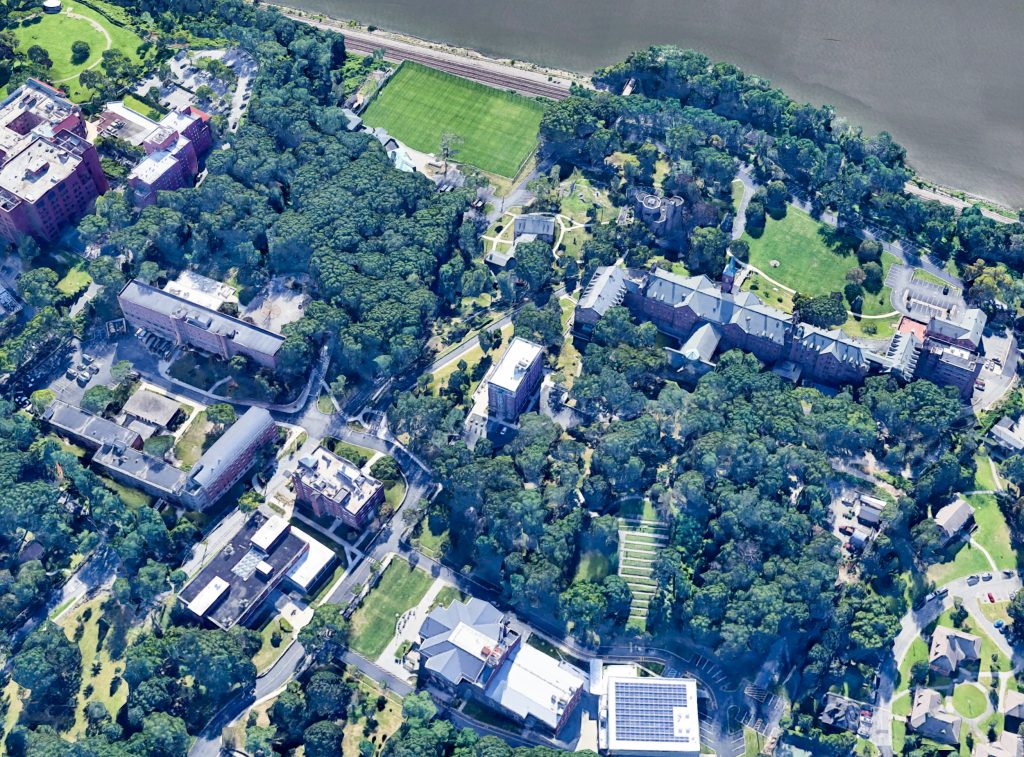 The specific location of the development is unclear, but the obvious candidate for an open space on the campus as depicted above would be the green patch on the top, by the Hudson River and Metronorth tracks.

Completion is expected by January of 2020.

2 Comments on "The College of Mount Saint Vincent Files For New Dormitory At 6301 Riverdale Avenue, The Bronx"

Permits Filed for 6661 Broadway in North Riverdale, The Bronx

Housing Lottery Launches for 6327 Broadway in North Riverdale, The Bronx

Housing Lottery Launches for 6375 Broadway in North Riverdale, The Bronx

Permits Filed for 6375 Broadway in North Riverdale, The Bronx