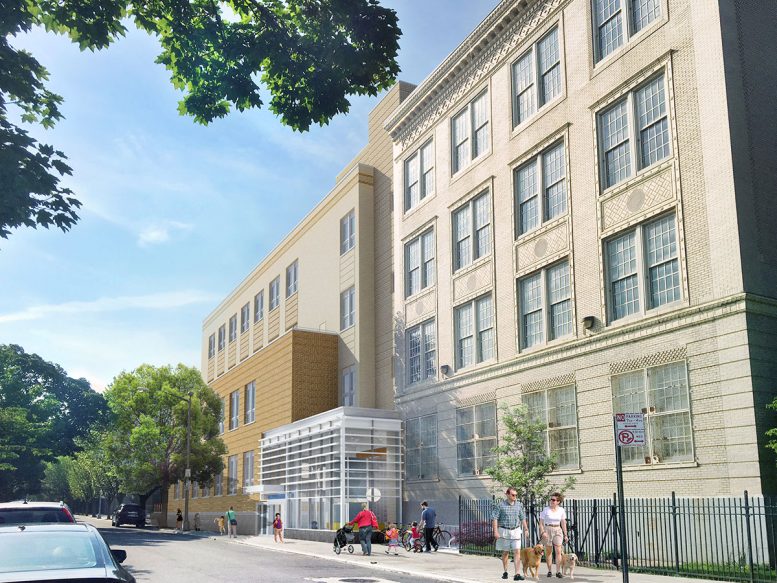 The $52.4 million, four-story addition to P.S. 144Q in Queens, NY will house 26 new classrooms, an outdoor play area, a cafeteria, offices, and a medical suite. (Courtesy of Urbahn Architects )

The New York City School Construction Authority has nearly completed a major expansion of PS 144Q, where work has officially topped-off. Located at 93-02 69th Avenue in Forest Hills, the project will better serve a growing population of children in the quiet Queens community.

Currently, P.S. 144Q serves 894 students from pre-K through fifth grade. Upon completion, the $52.4 million project will deliver a four-story addition with 26 new classrooms, a new entrance lobby and outdoor play areas, a cafeteria, office space, and a medical suite. The expanded areas are designed to accommodate an additional 590 students and address functional deficiencies of the existing school. 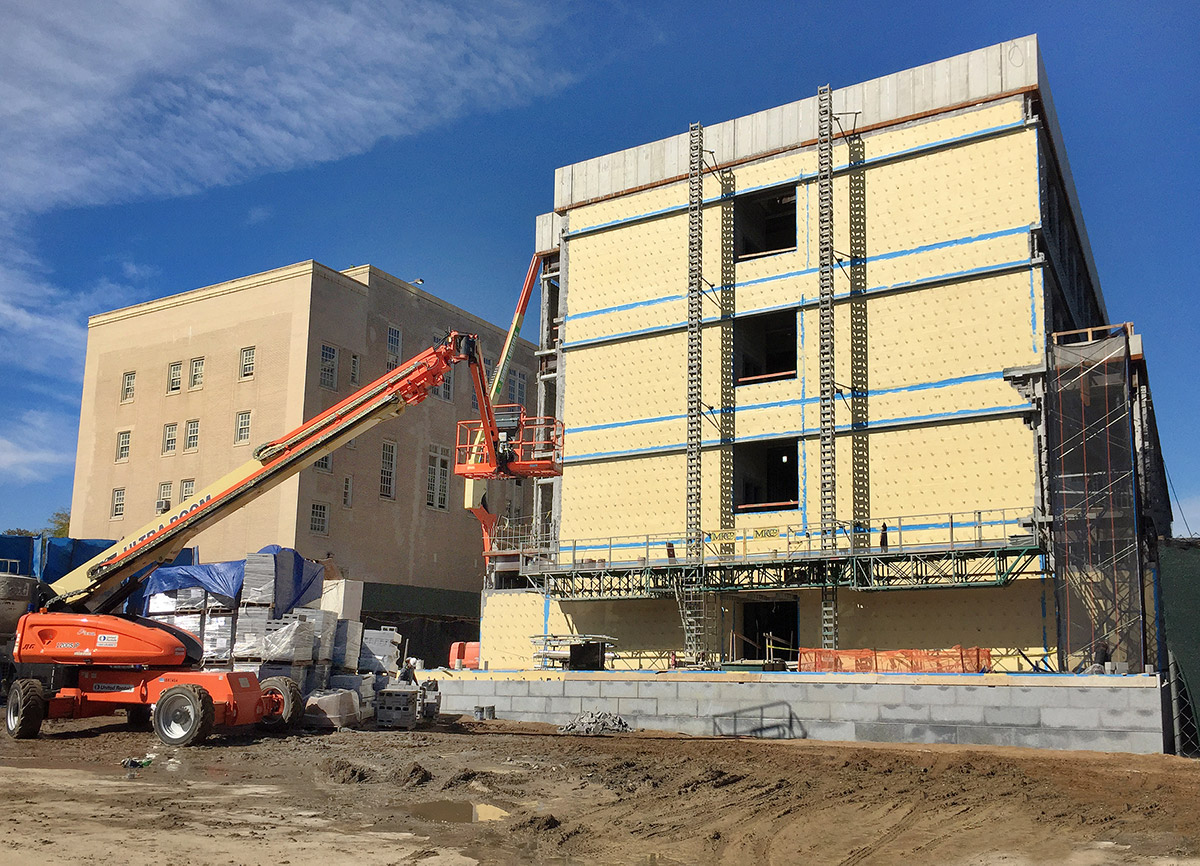 “The expansion will also eliminate the need for the currently used temporary modular, outdoor classroom facilities,” said Urbahn Architects Principal and Designer, Martin D. Stein, who oversaw design of the public school expansion. “The project was designed to address the school’s needs in the most cost-effective manner and to minimize the extent of renovations to the existing building, which will continue to operate during construction.”

The new building is designed in accordance with the NYC Green Schools Guide and Rating System, which specifies energy efficiency and environmental requirements for New York City Public Schools. The building’s enclosure emulates the original school erected on 1931.