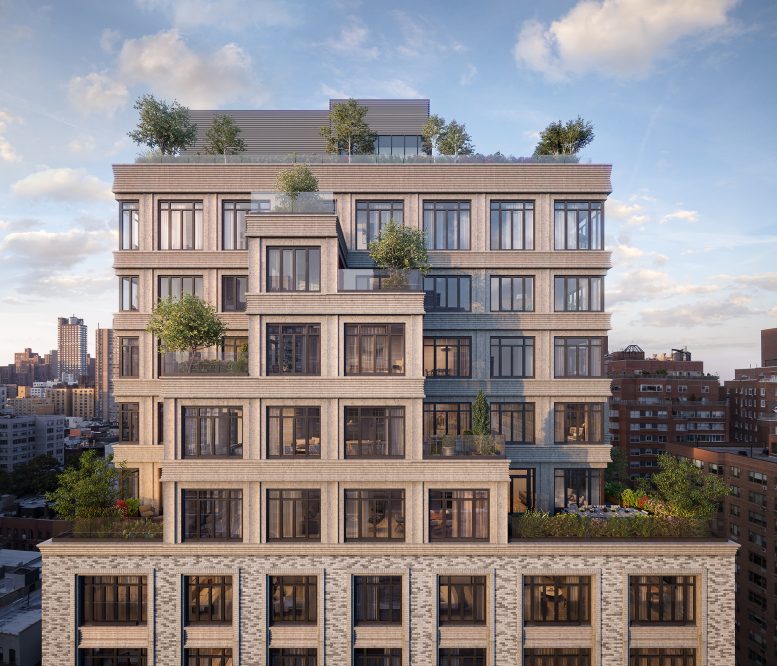 Work on the façade and interiors of 40 East End Avenue is nearing completion on the Upper East Side. The 100,000-square-foot, 29-unit residential building is located at the corner of East 81st Street and will feature two- to five-bedroom apartments, a maisonette, and a duplex penthouse with a private rooftop terrace. Pricing for the residences will range from $3 million to $25 million. Deborah Berke Partners designed the 210-foot, 20-story project in collaboration with Gerner Kronick + Valcarcel Architects. Lightstone is the developer, while Corcoran Sunshine is responsible for sales and marketing.

“We thought a lot about what it means to live uptown today,” Deborah Berke said. “This building is richly textured and has a sense of mass, but it’s very human-scaled. I think neighbors will think the building belongs here, and that residents will feel a sense of belonging.” 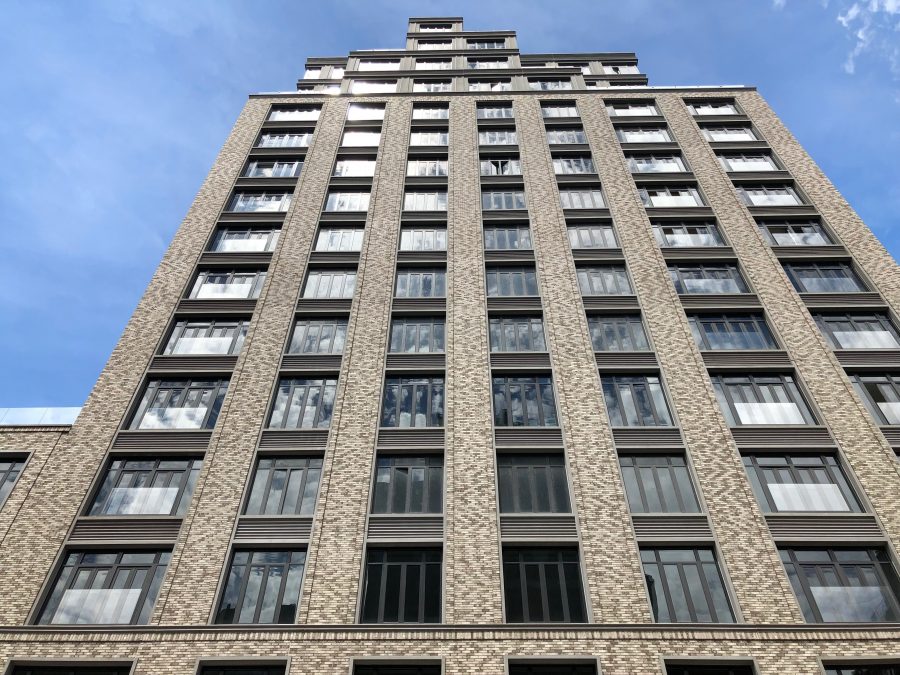 Looking up the main southern façade. Photo by Michael Young 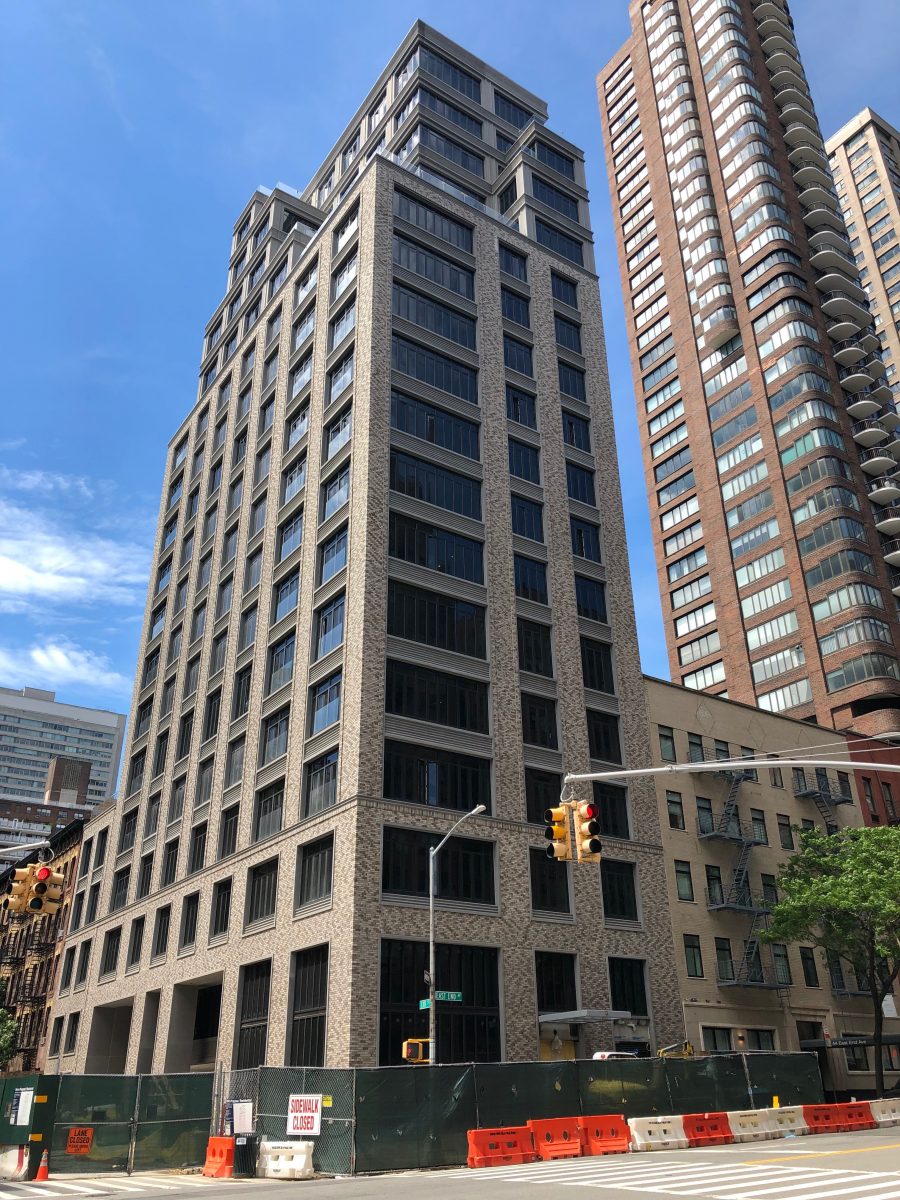 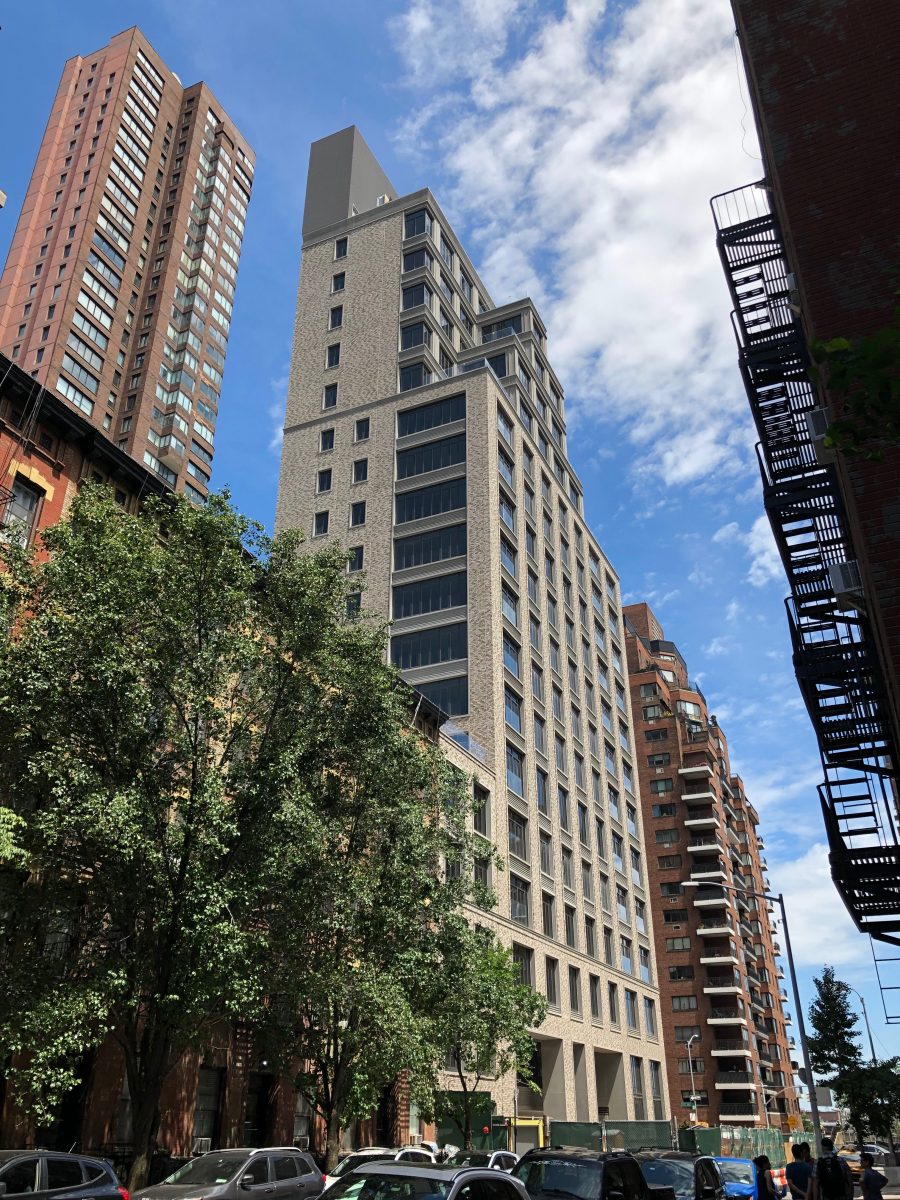 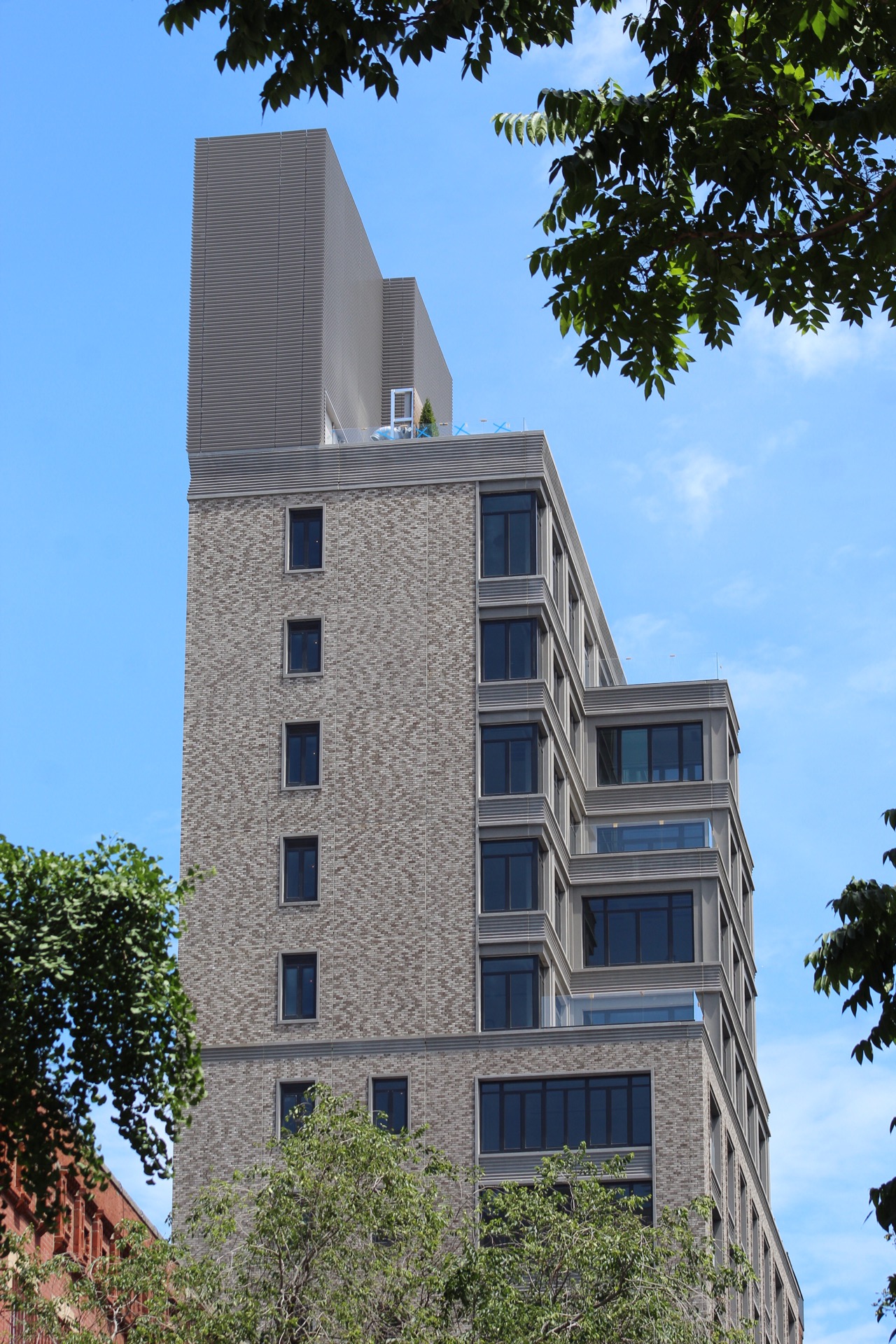 The upper half of the western elevation. Photo by Michael Young 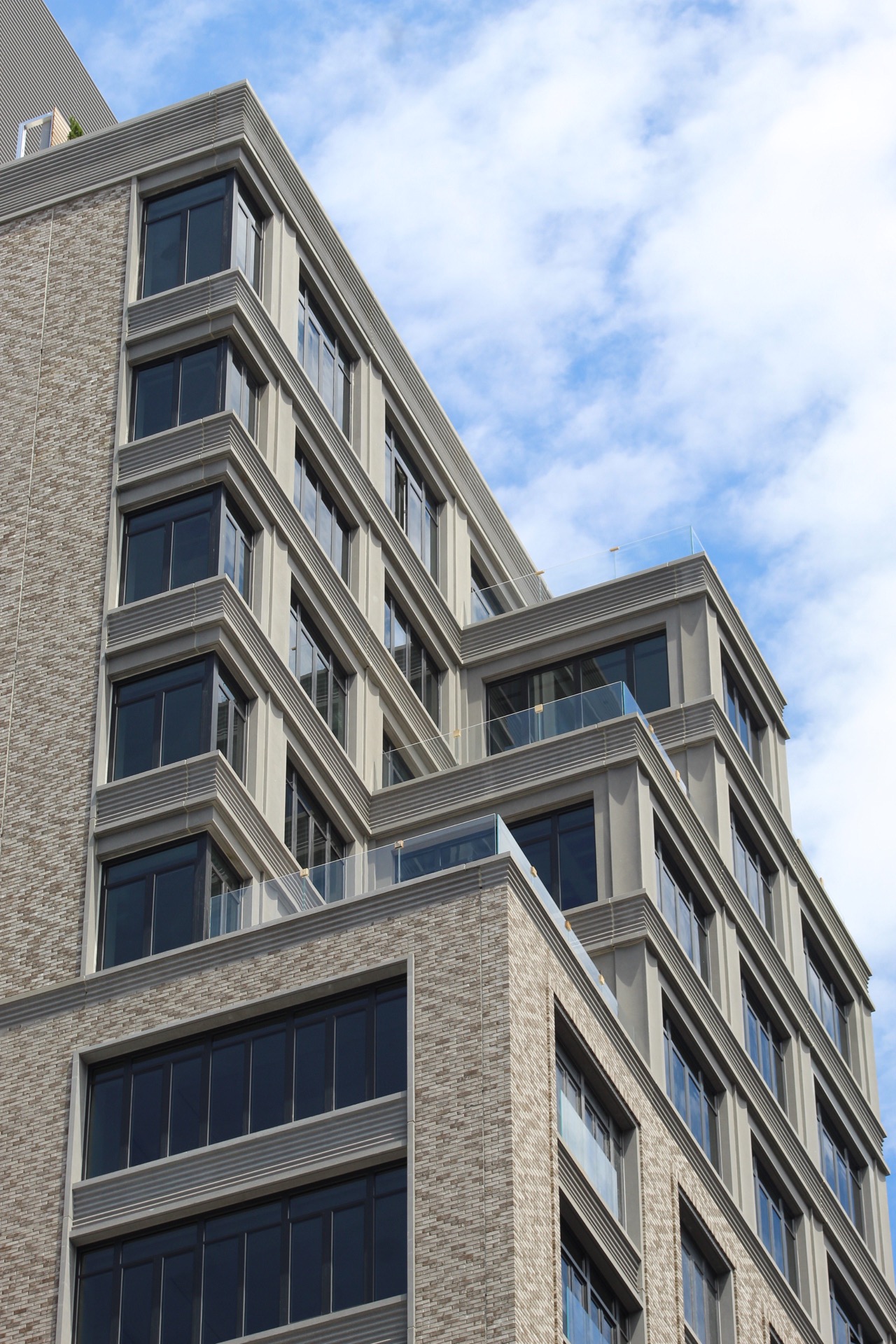 The setbacks form an appealing visual pattern when viewed from street level. Photo by Michael Young 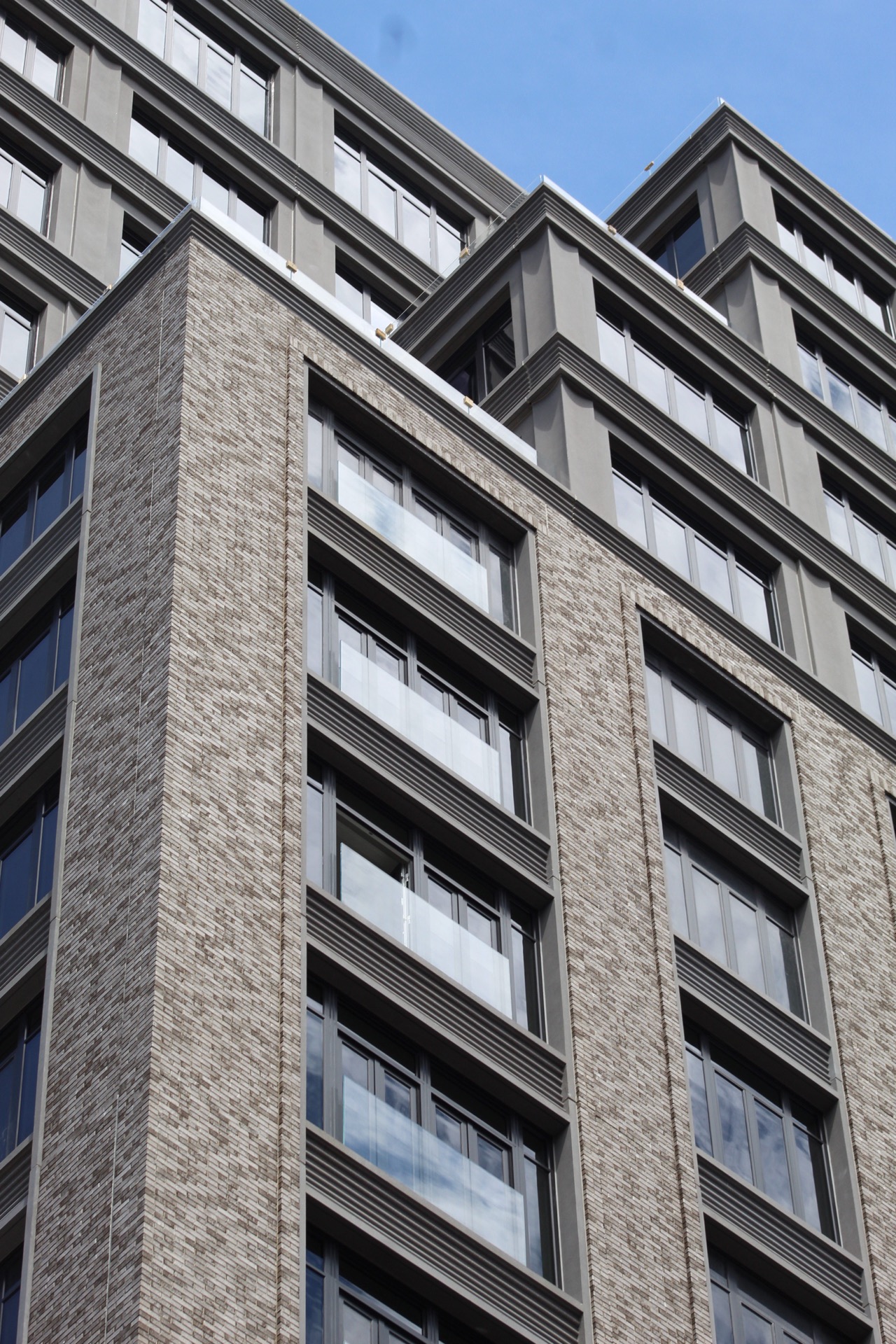 The light reflecting off the glass panels. Photo by Michael Young 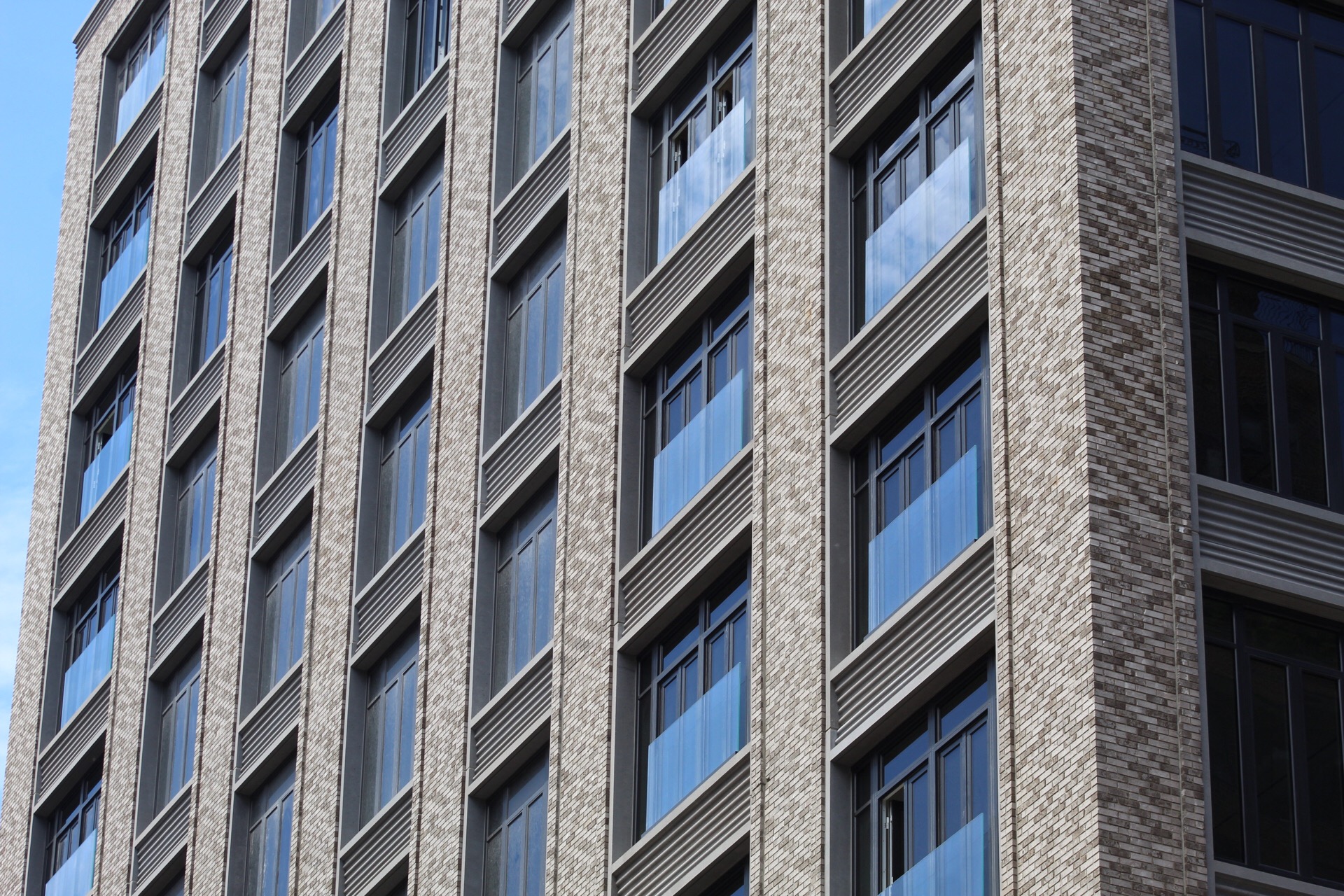 The grid of punched windows aligned between the columns of brick. Photo by Michael Young

The curtain wall is composed of large glass panels for the punched windows, as well as charcoal- and gray-colored bricks. This design was intended to evoke the historic pre-war architecture of the Upper East Side while also imparting a fresh, contemporary look to the structure. Cast-stone panels additionally add to the textural variety of the envelope. A curved driveway cuts through the base of the first floor, creating a covered porte-cochere. 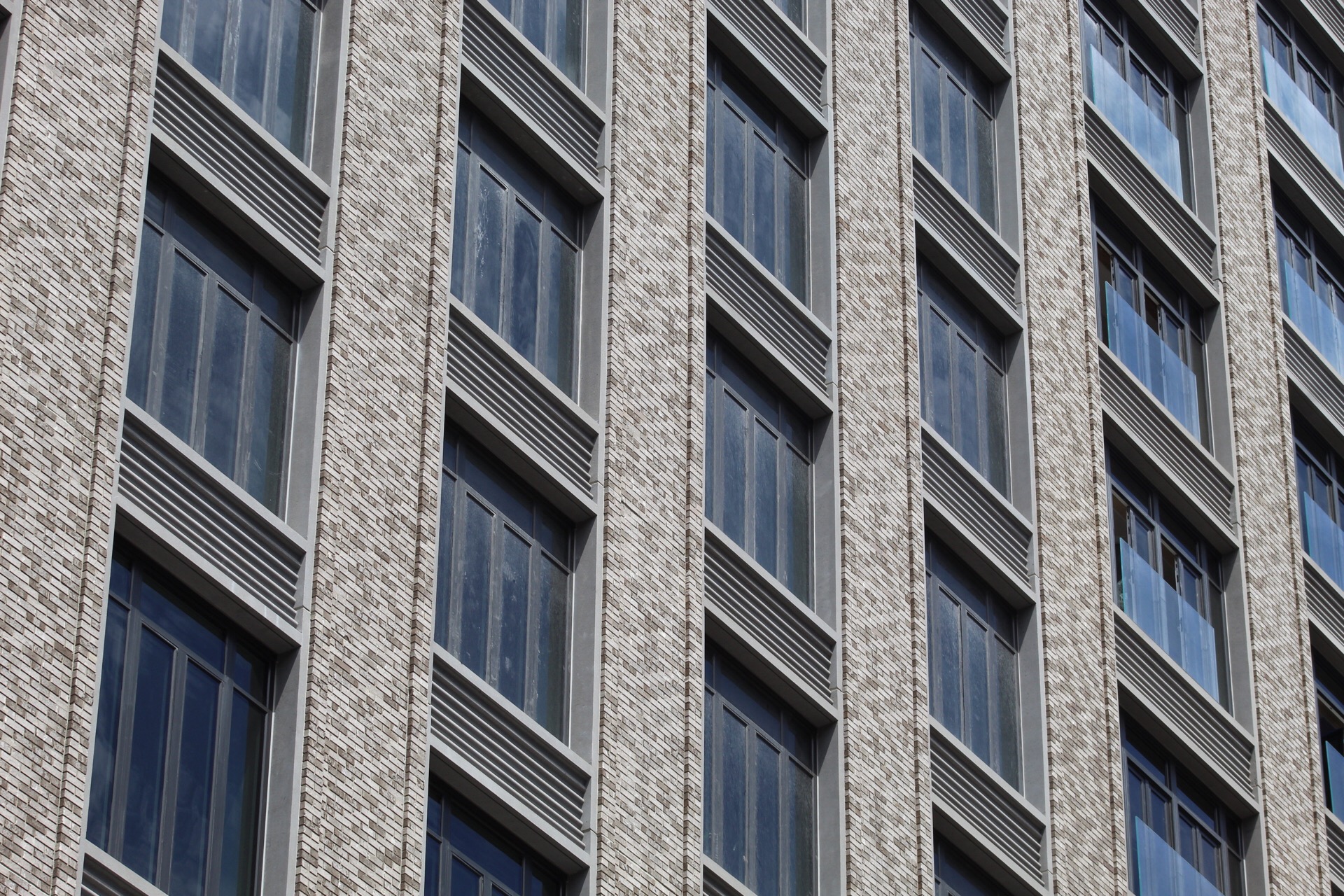 A variety of linework and textures really bring out the exterior curtain wall and highlight the depth and quality of the craftsmanship. Photo by Michael Young

A secondary entrance will be located on the eastern elevation of the first level, under a cantilevering metal and glass canopy. 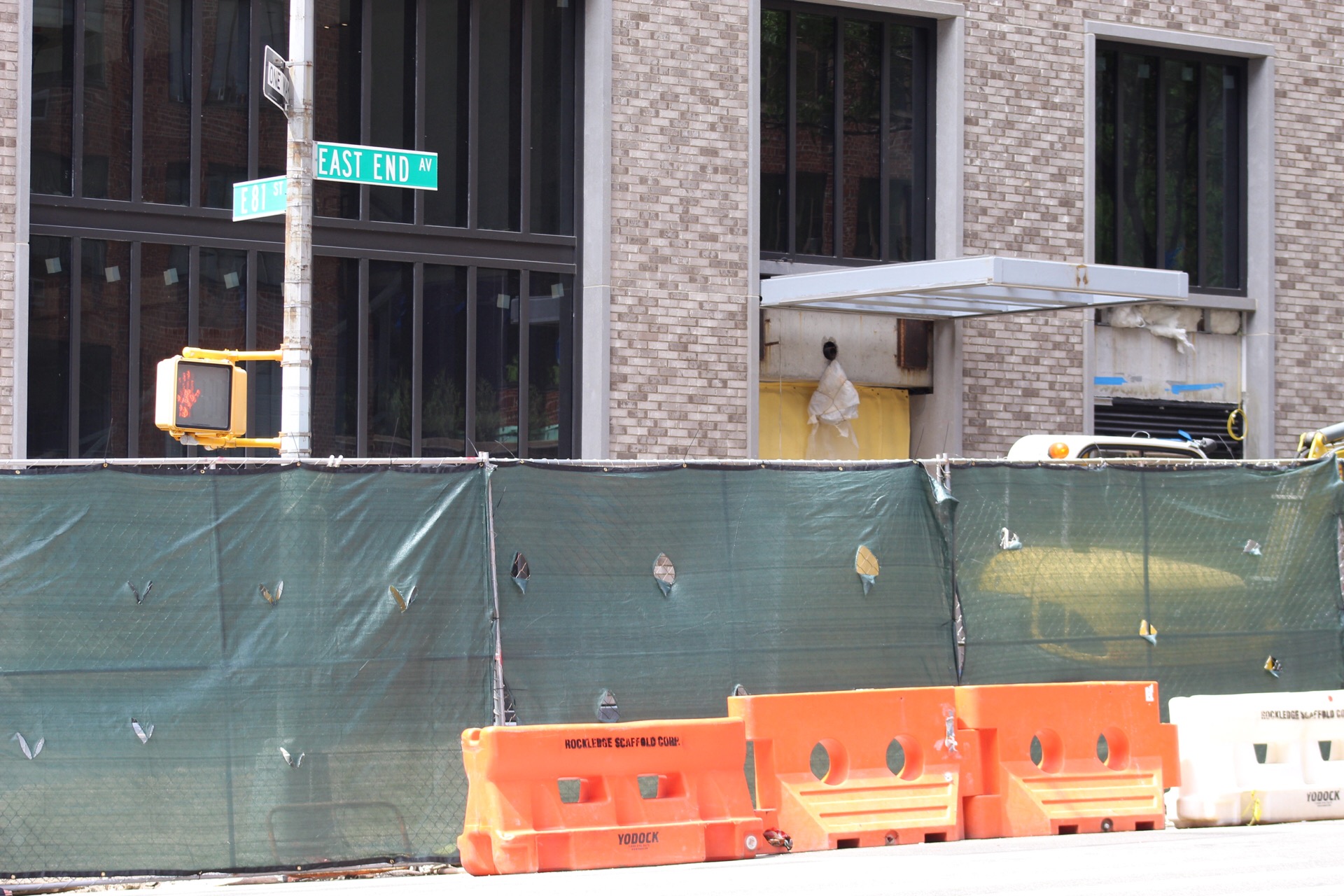 The future sidewalk entrance underneath the canopy. Photo by Michael Young 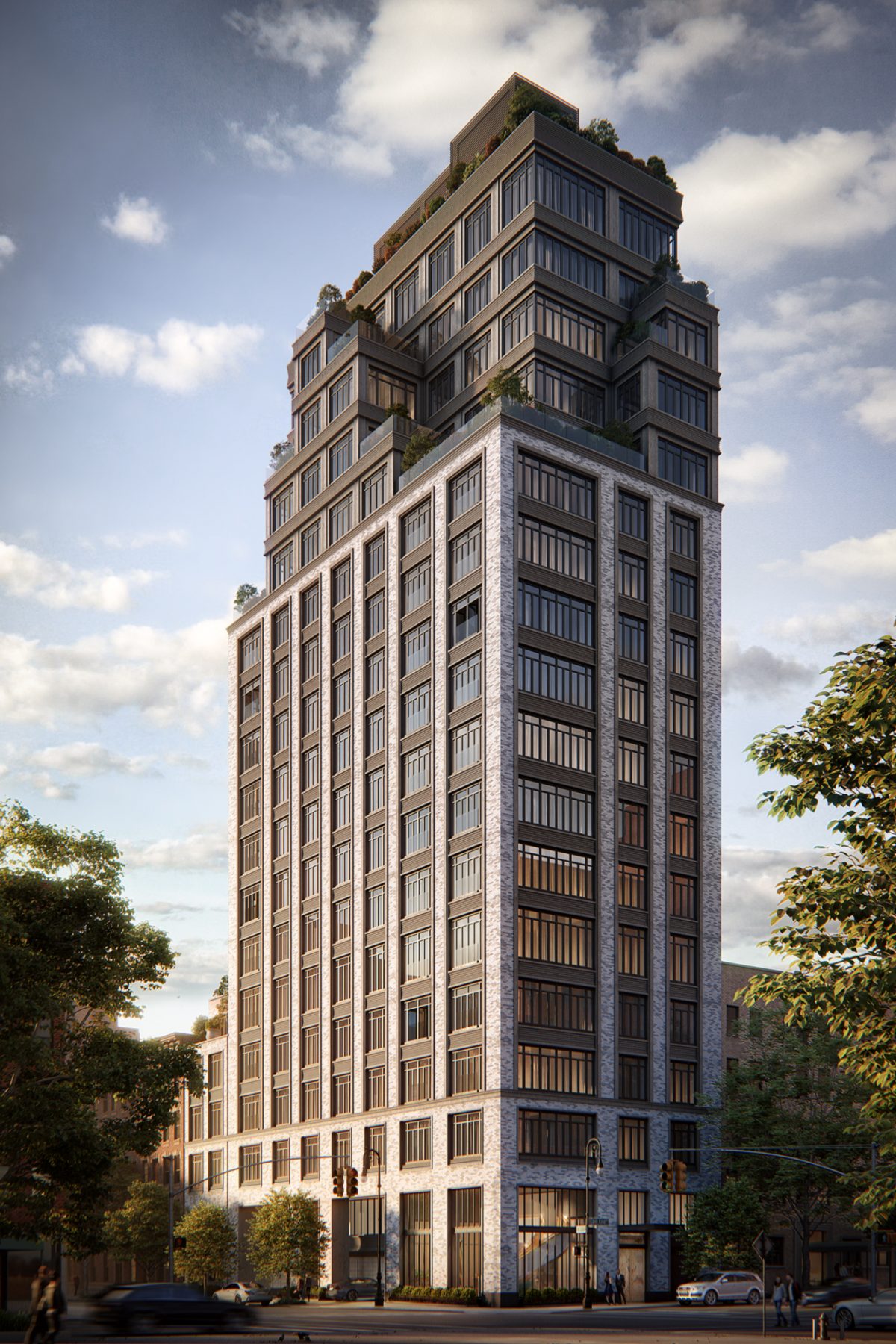 40 East End Avenue is anticipated to be completed this summer.