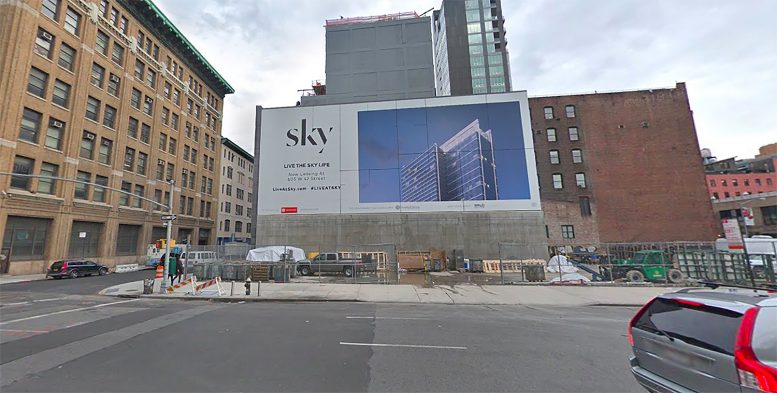 Permits have been filed for a nine-story commercial building at 220 11th Avenue in Hudson Yards, Manhattan. Located between 25th Street and 26th Street, the lot is about five blocks south of the 34th Street-Hudson Yards subway station, serviced by the 7 train. Developer Moinian Group is listed as the owner behind the applications. The revised permit filing calls for office space, a possible indicator of severe over-saturation of condominiums in the neighborhood. In 2016, the filing was for an 11-story, 158,000-square-foot mixed-use building with 40 condos, a museum, and a restaurant.

The new proposed 133-foot-tall development will yield 183,158 square feet, with 147,534 square feet allotted for commercial space. The concrete-based structure will also have a cellar and mezzanine.

David P. Burns of Studios Architecture is listed as the architect of record.

The Set Wraps Up Construction at 451 Tenth Avenue in Hudson Yards, Manhattan

The Spiral is Close to Wrapping Up Construction at 66 Hudson Boulevard in Hudson Yards, Manhattan