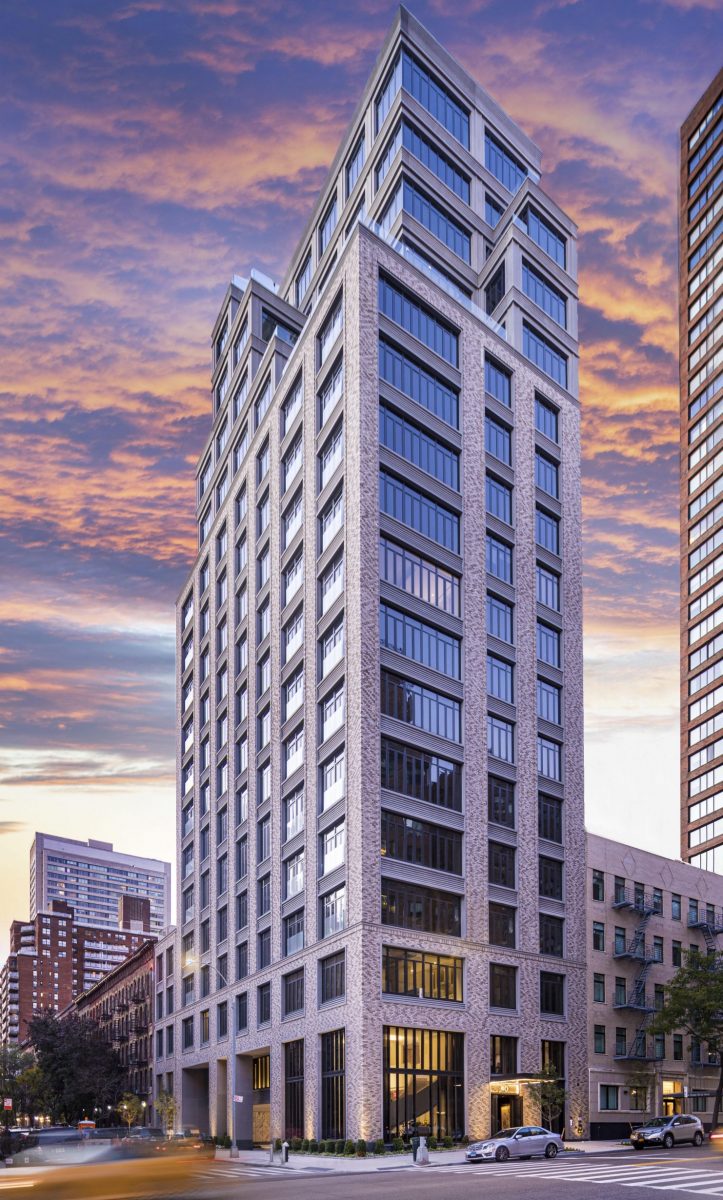 Exterior work at 40 East End Avenue on Manhattan’s Upper East Side is now complete, and YIMBY has a look at a new set of photos of the project thanks to developer Lightstone Group. The 100,000-square-foot, 28-unit residential building rises on the northern corner of East 81st Street and East End Avenue. The complex features two- to five-bedroom apartments, a maisonette, and a duplex penthouse with a private rooftop terrace. Pricing for the residences ranges from $3 million to $25 million. Deborah Berke Partners collaborated with Gerner Kronick + Valcarcel Architects on the design of the 210-foot-tall, 20-story project, and Corcoran Sunshine is responsible for sales and marketing. 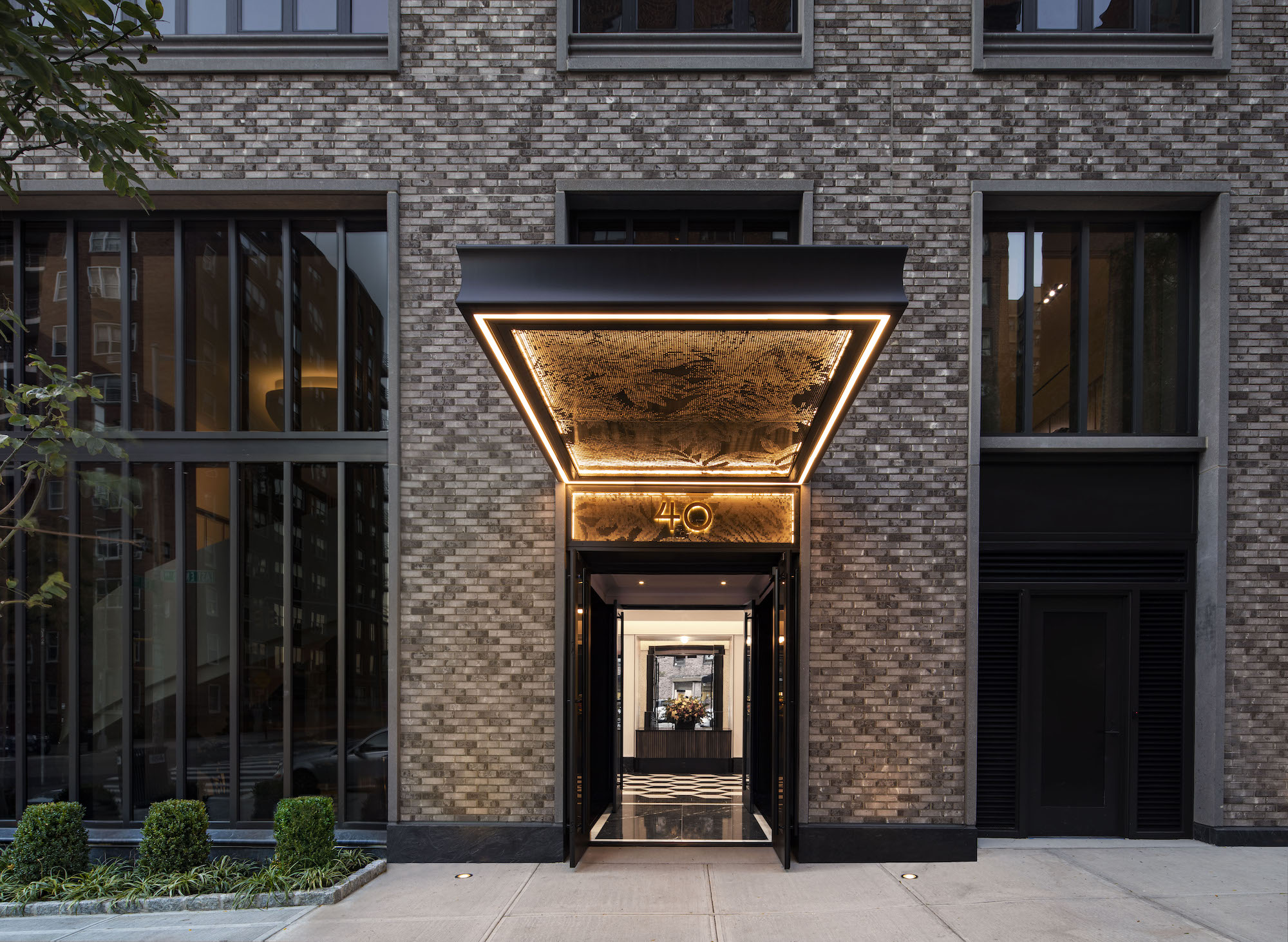 The main entrance is on the eastern elevation beneath a cantilevering bronze canopy with a custom filigree design inspired by nearby Carl Schurz Park, denoted by a bronze-colored number 40 above a set of double doors. The charcoal and gray brick facade, featuring a rich mix of tones and textures, wraps around the grid of large windows and neutral-colored hand-cast stone panels and trimmings. 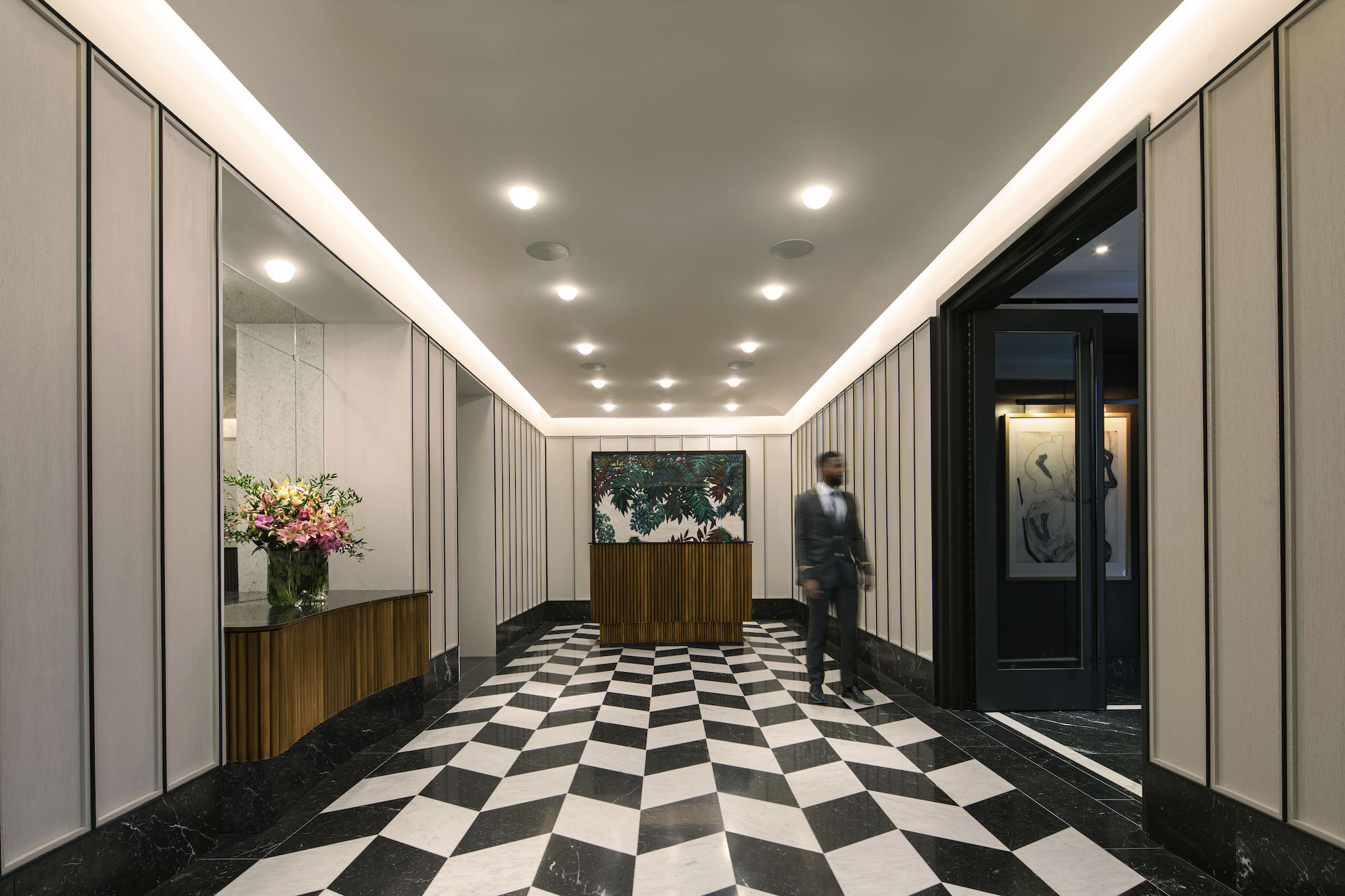 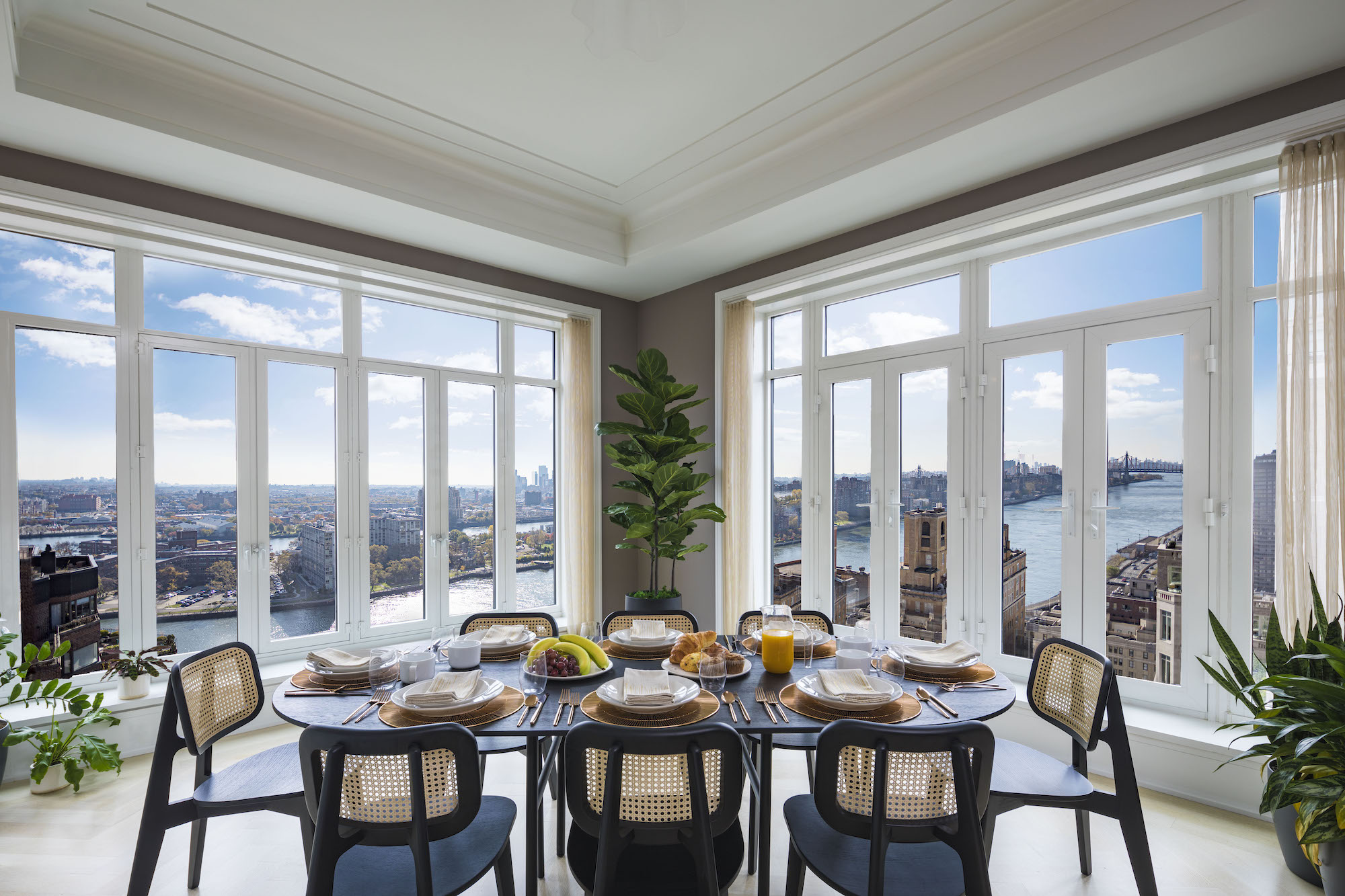 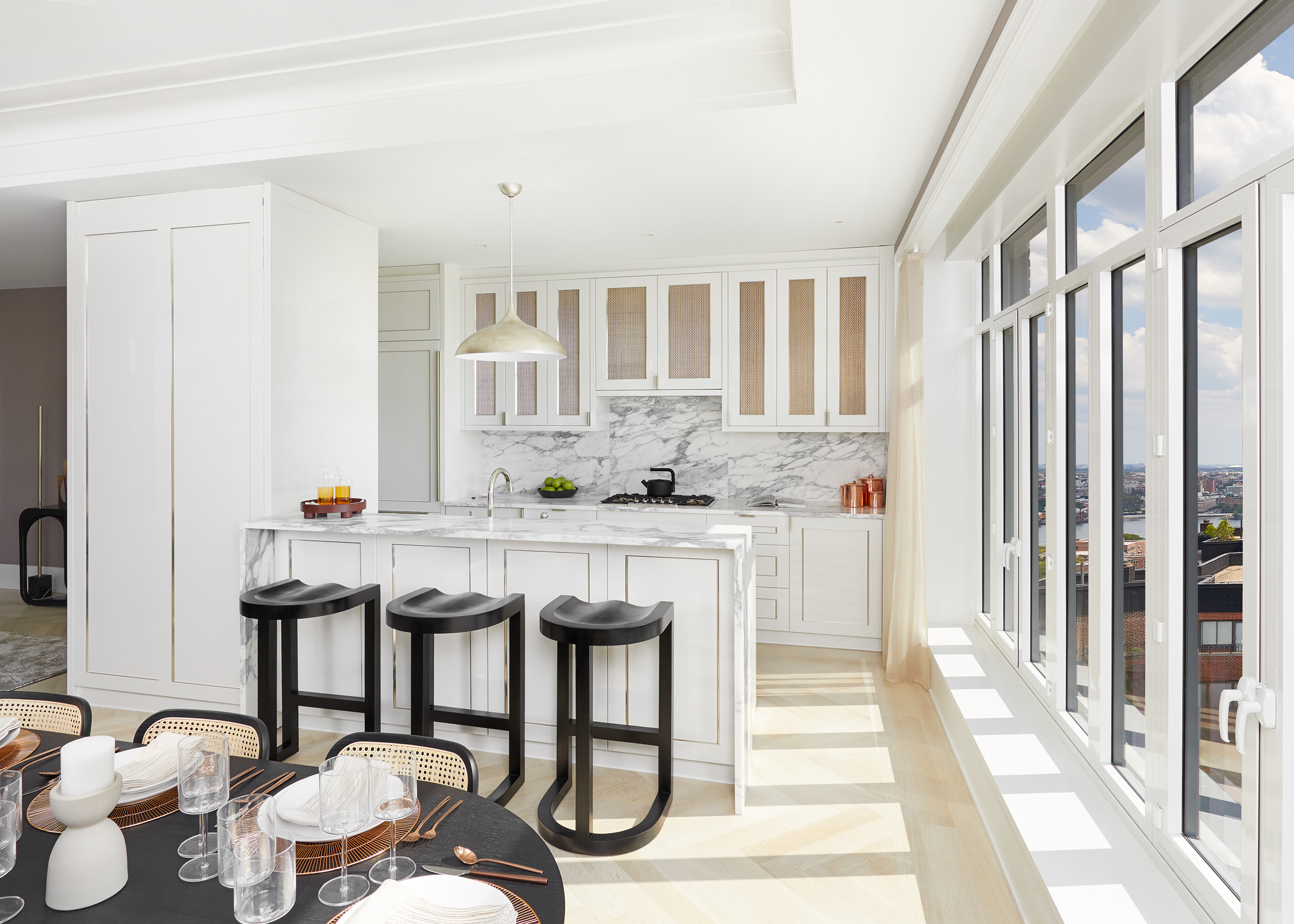 40 East End Avenue is directly across the street from the John Finley Walk, which is part of the East River esplanade that runs along the eastern side of Manhattan.