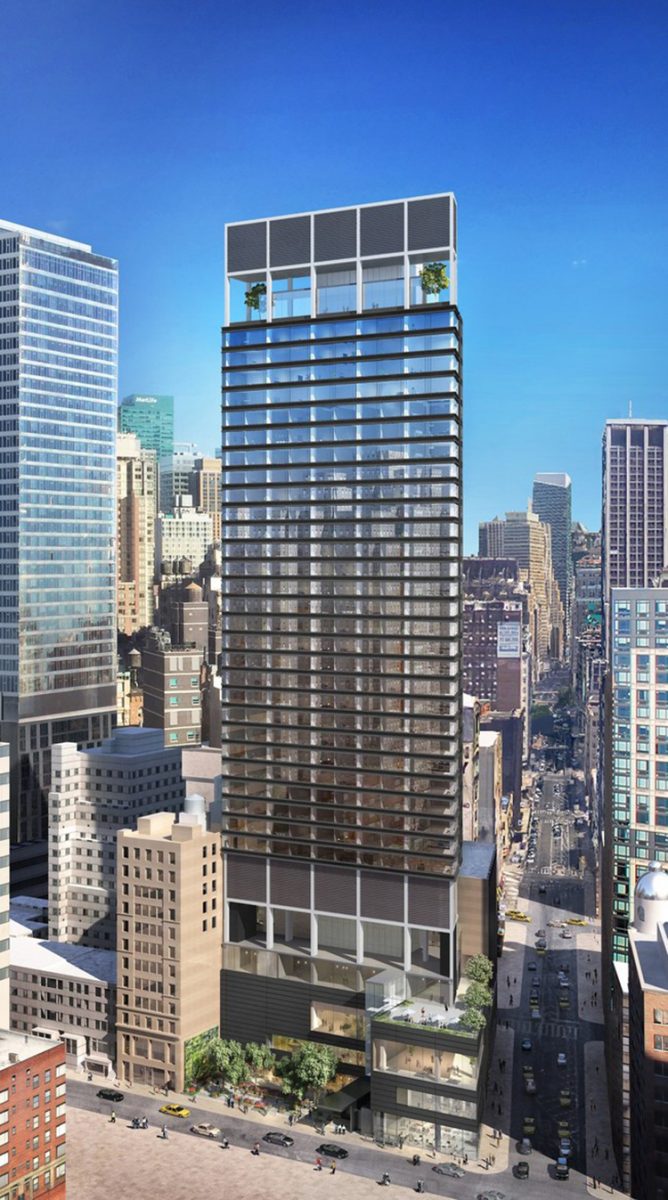 Construction is approaching the pinnacle of the NoMad Ritz Carlton Hotel at 1185 Broadway. Located at the northern intersection of West 28th Street and Broadway, the superstructure will culminate 580 feet above Midtown, yielding 150,000 square feet and 250 guest rooms. The 40-story skyscraper is designed by Rafael Vinoly and developed by Marriott, Ritz Carlton Hotels, and Flag Luxury Properties. The interiors are being designed by Yabu Pushelberg.

Photographs from Tectonic show the state of work on the project. 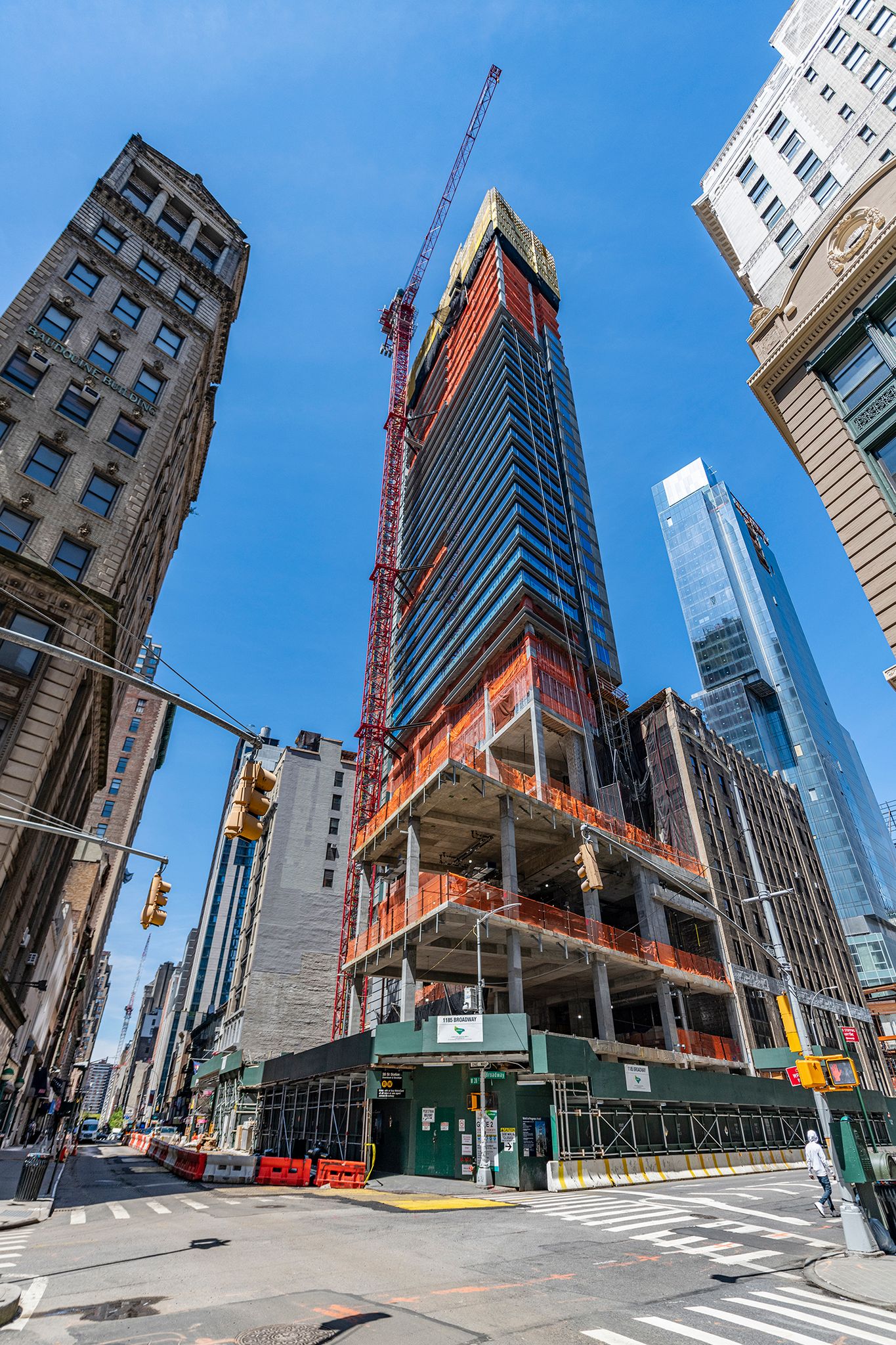 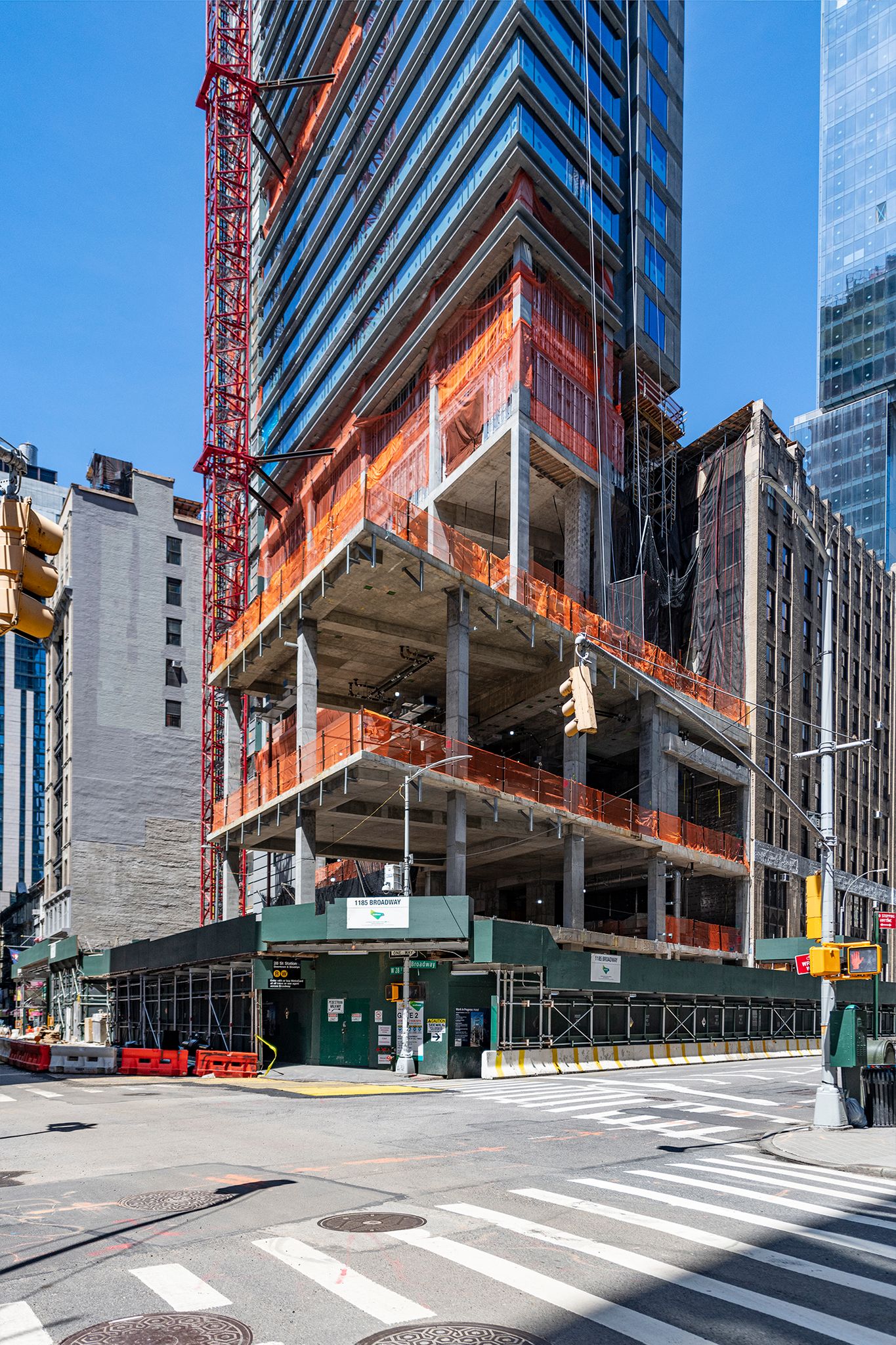 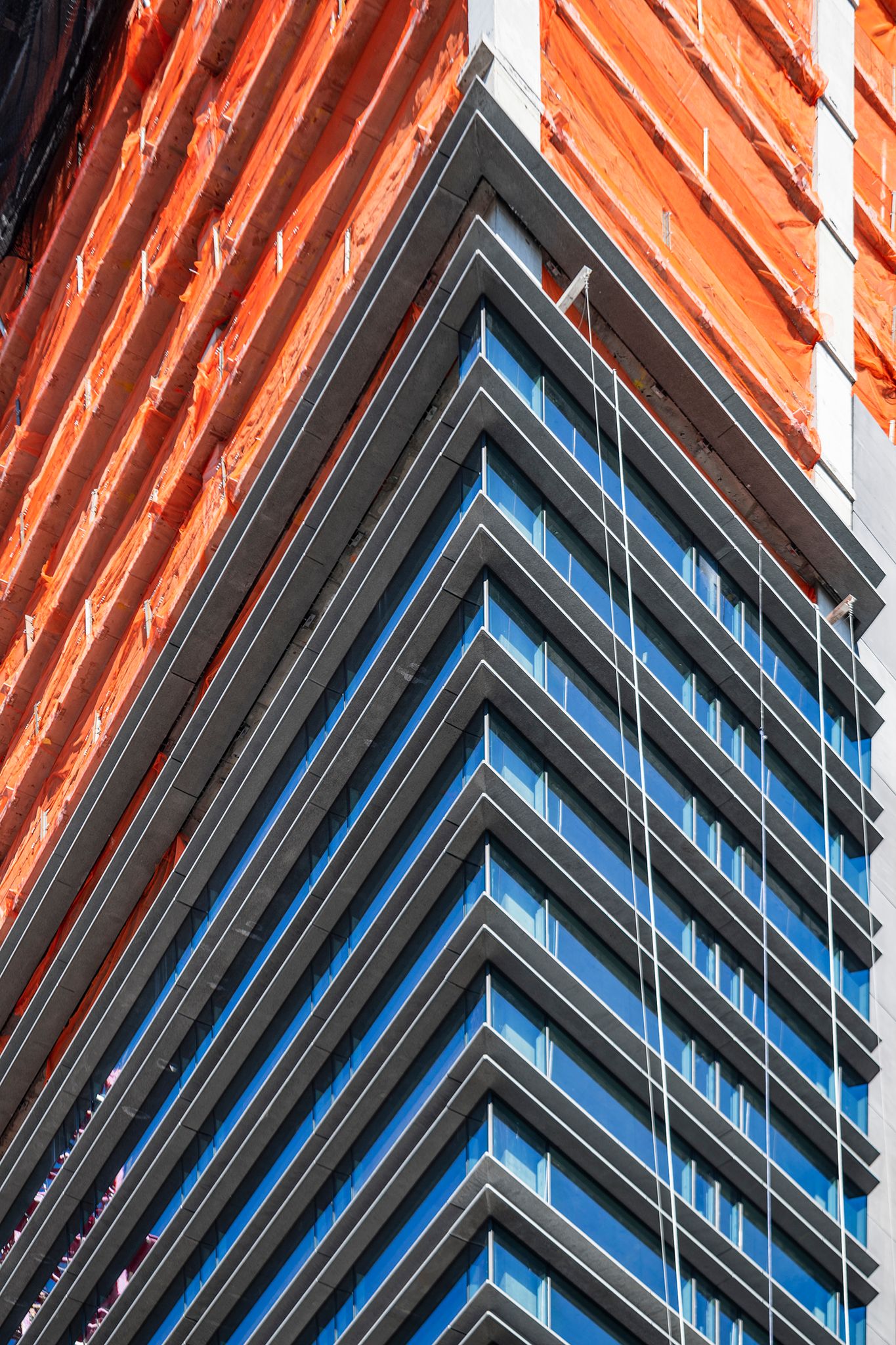 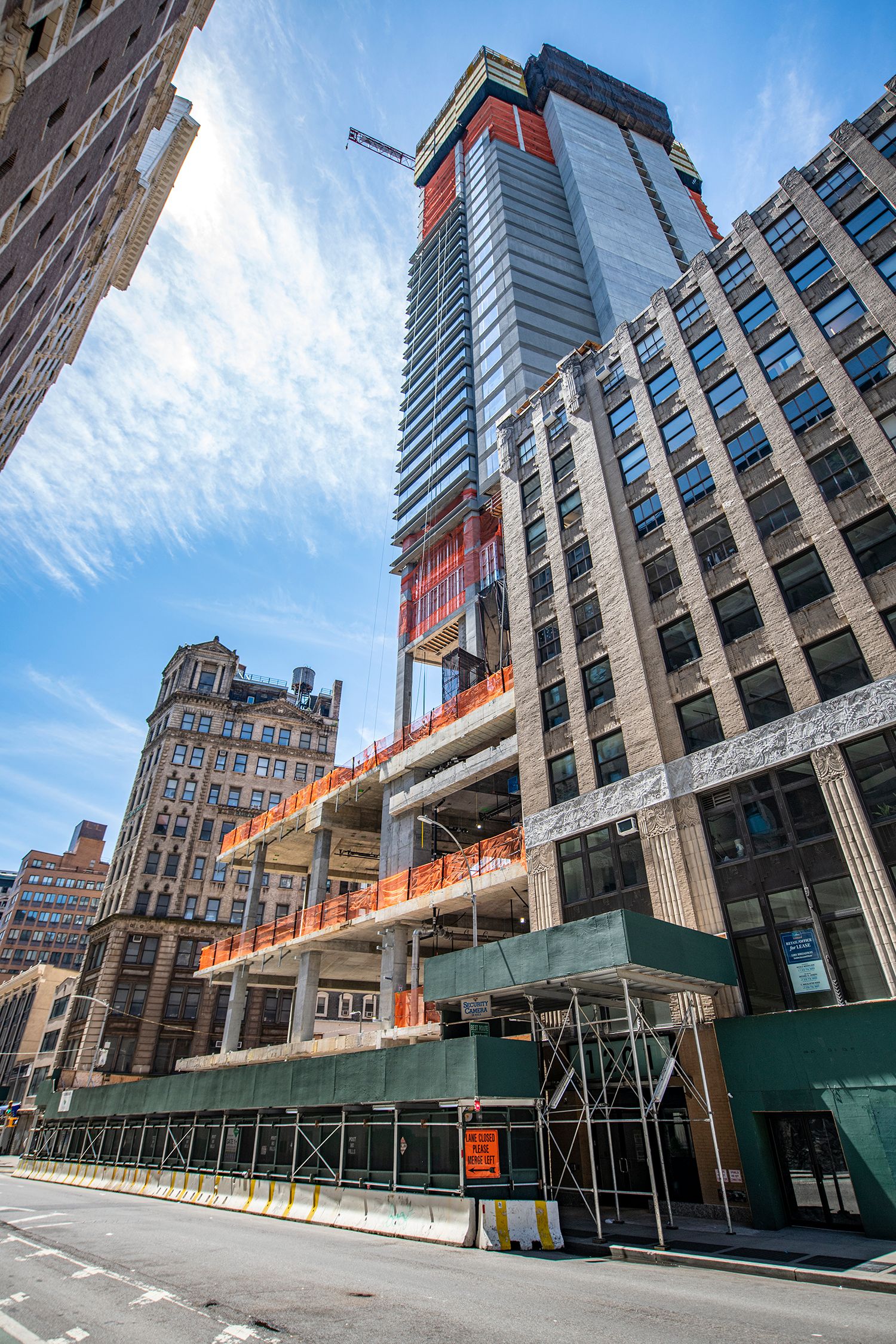 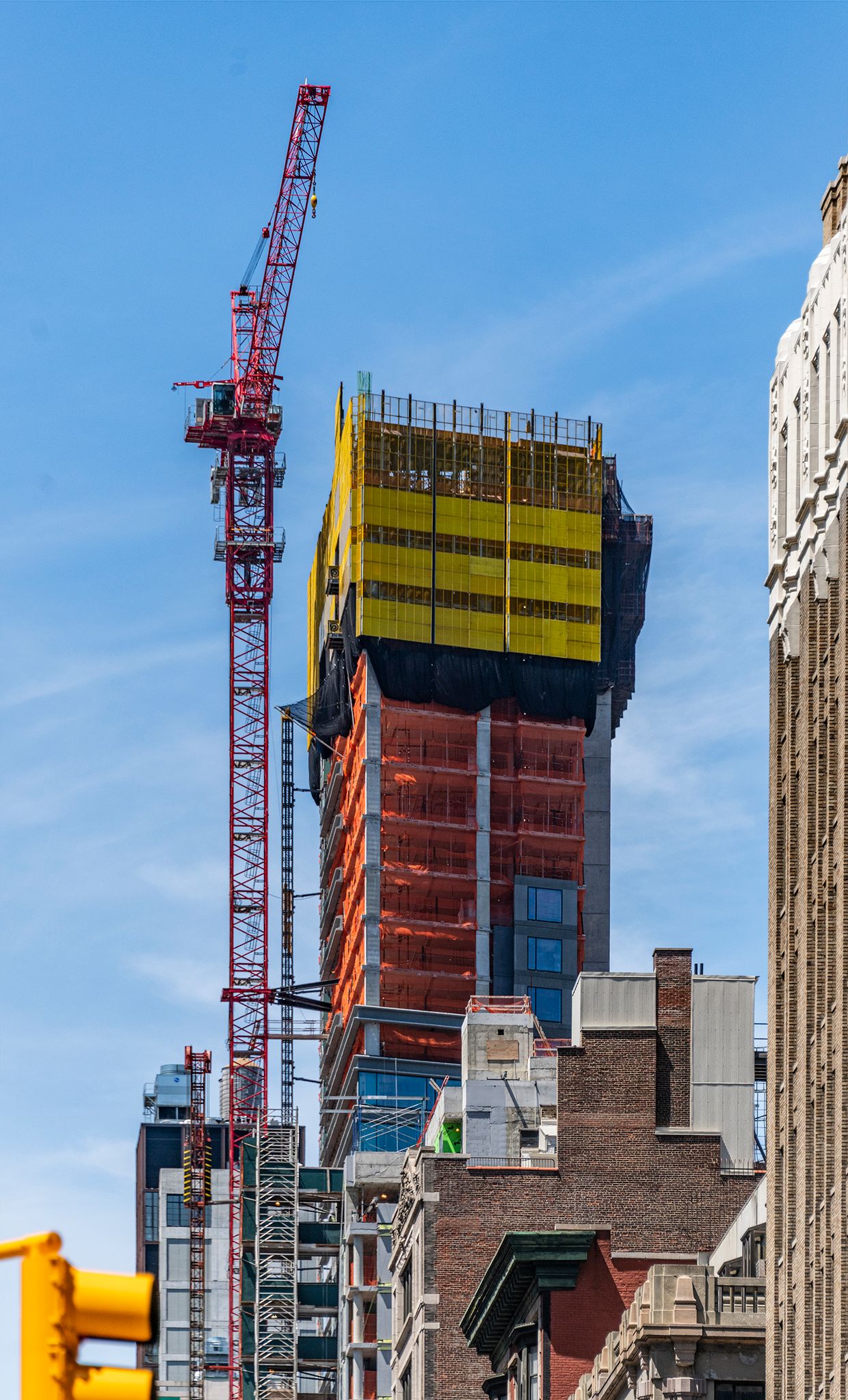 Installation of the curtain wall, including the interstitial horizontal frames at the edges of each floor plate, has been progressing rapidly on the southern and eastern elevations as the superstructure rises. The mechanical section between the top of the podium and the base of the main tower is starting to be enclosed and will be clad in what looks like dark metal paneling. So far, no exterior work has occurred on the podium along West 28th Street and Broadway. This section will eventually be enclosed in both dark panels and clear glass that open up to the sidewalk and pedestrian traffic.

1185 Broadway is one of several construction projects currently rising in NoMad, which has seen a major influx of hotels and residential towers in the past several years. The building is located within close proximity of a number of landmarks and destinations such as the Empire State Building, Herald Square, Pennsylvania Station, Koreatown, and Madison Square Park. The 28th Street subway station, with access to the R and W trains, is located directly outside the structure.

The Ritz Carlton is expected to be finished sometime in 2021.

Construction Wraps Up on Ritz-Carlton Hotel and Residences at 1185 Broadway in Nomad, Manhattan