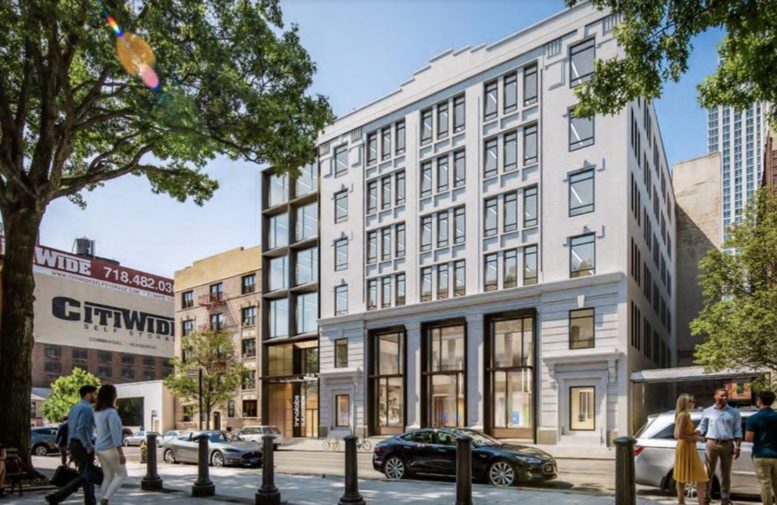 Construction has partially topped out at 45-18 Court Square, a six-story addition to an existing structure in Long Island City, Queens. Designed by Perkins + Will and developed by King Street Properties, Newmark Knight Frank, and GFP Real Estate, the property will house a life science facility called Innolabs. The adjoining six-story building is also in the process of being renovated and connected to the new development.

Recent photos show the state of progress on the reinforced concrete superstructure, which is located just off Jackson Avenue between Pearson Street and Court Square West. Metal stud frames cover portions of the perimeter openings, while scaffolding and black netting drape the backside of the T-shaped building. Currently, only the northern section of the addition has topped out, with work progressing on the wings on the southern and eastern ends of the property. It will likely be some time before work commences on the curtain wall, which likely won’t occur until the remaining sections have been completed. 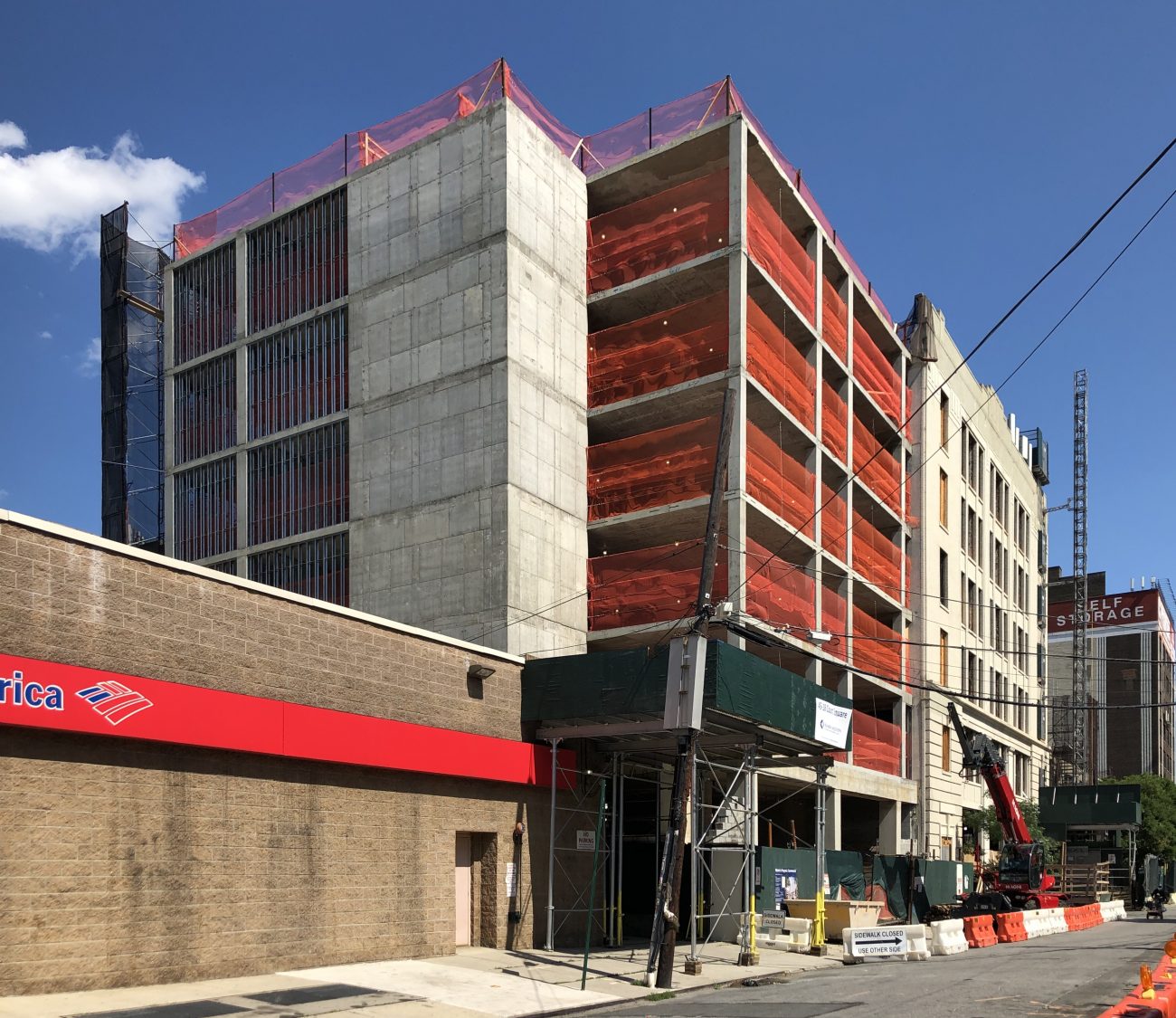 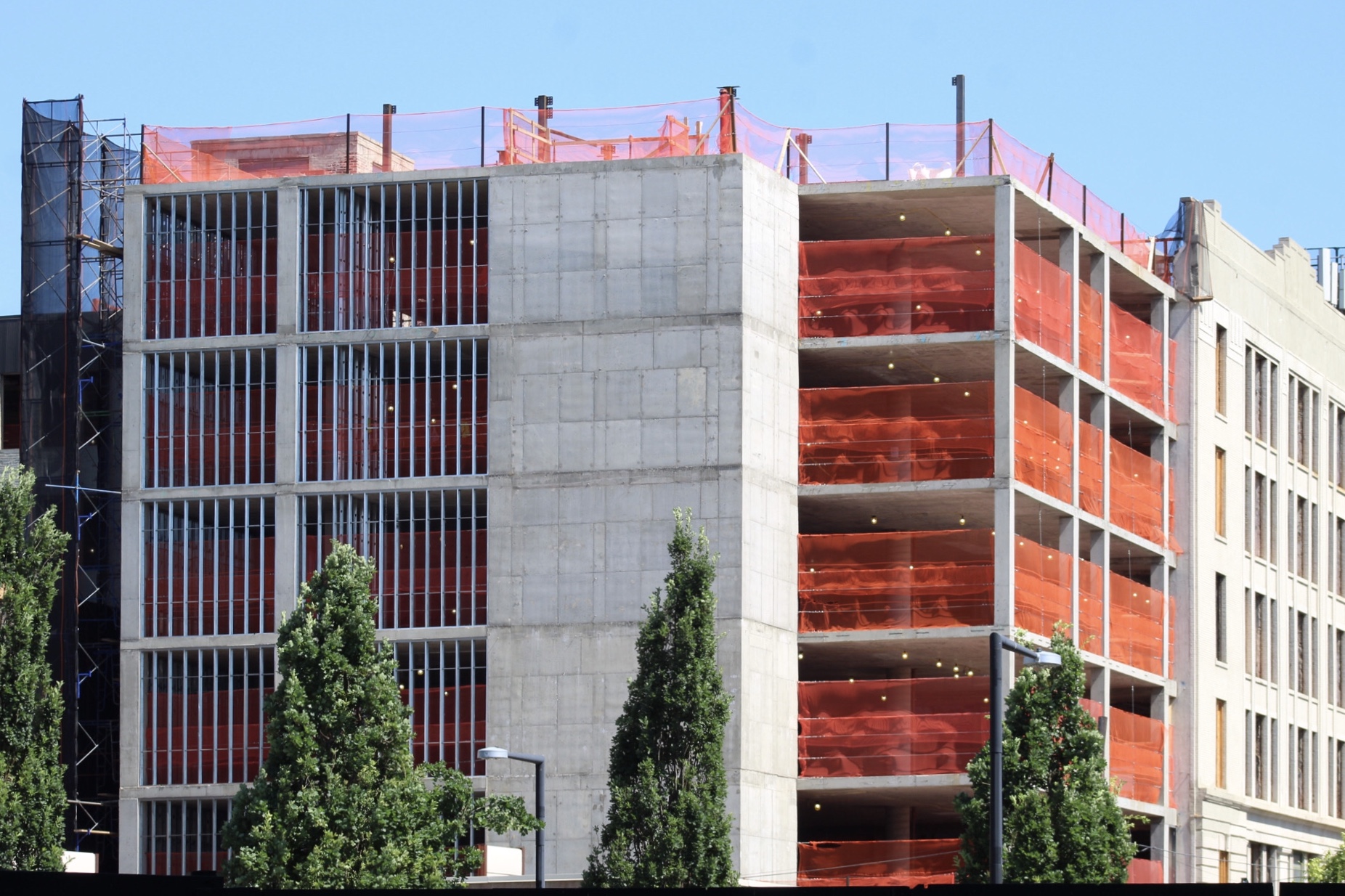 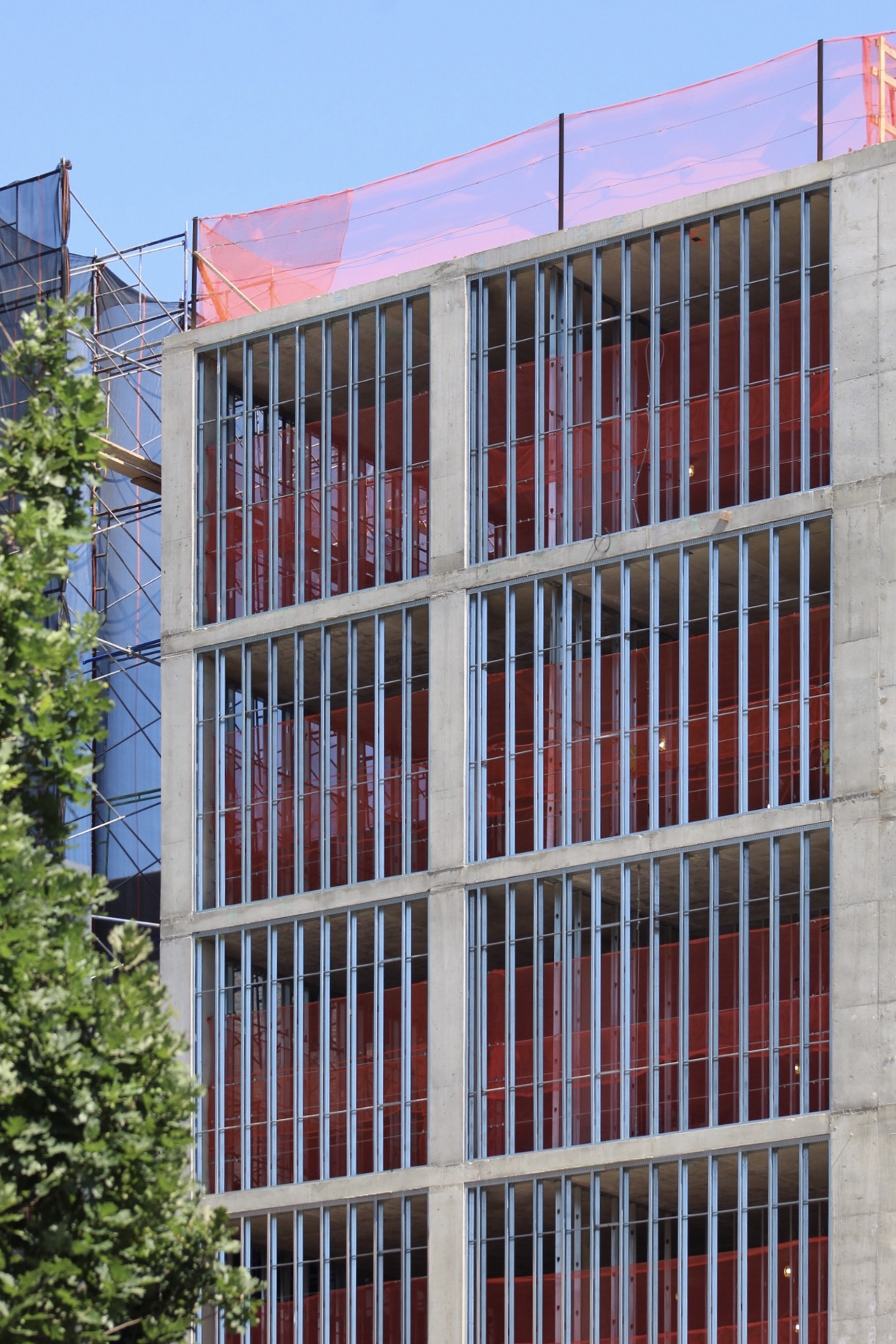 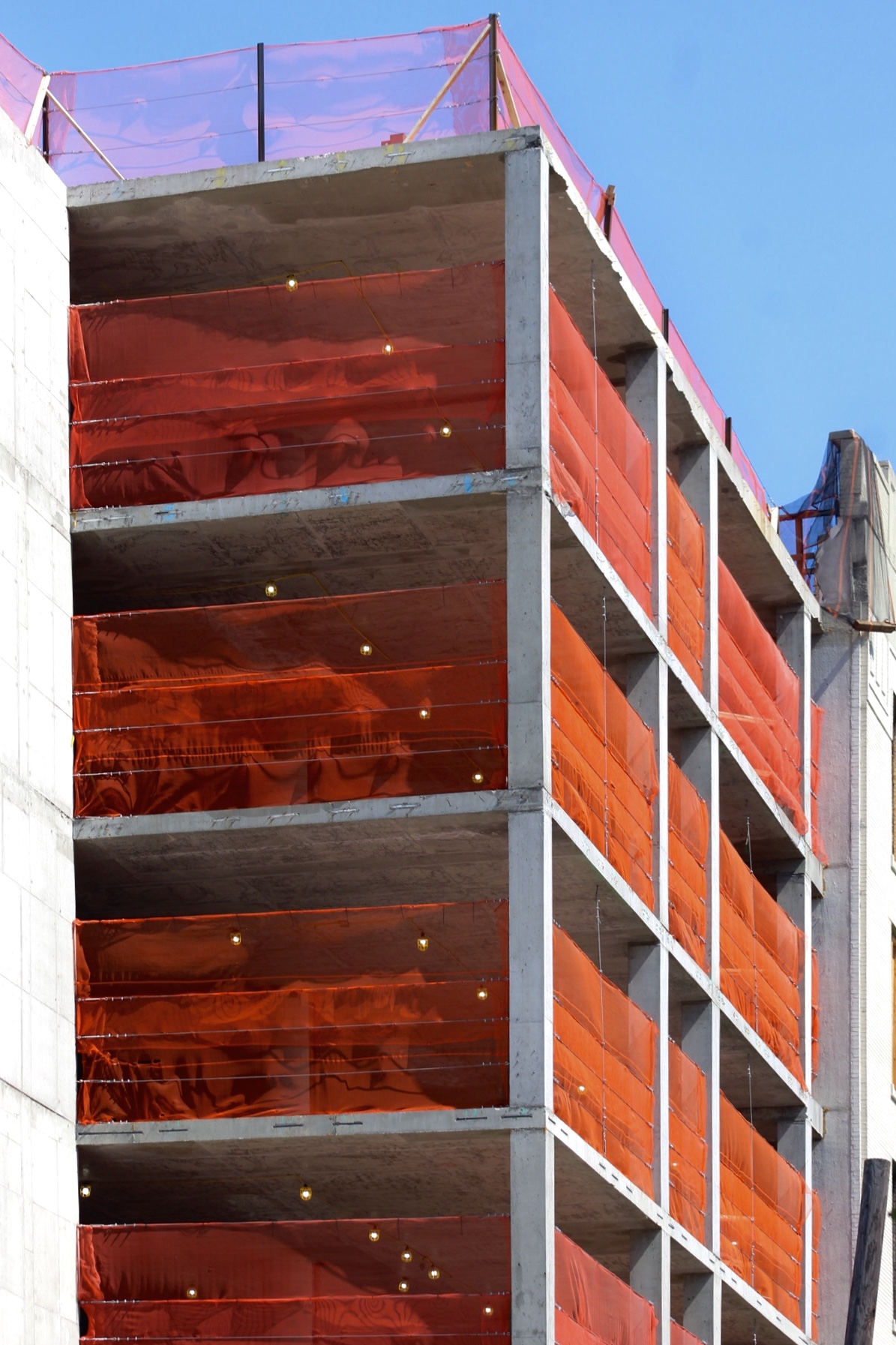 45-18 Court Square will house 267,000 square feet of lab space with ceiling spans of eight to nine feet, and feature amenities such as a multi-purpose room, an event space, a grab-and-go café, and 24/7 central security. The basement will contain bike and tenant storage and a locker facility with showers, and inner circulation will be serviced by two passenger elevators, one swing, and one freight elevator. Rentable square footage per floor will range from 3,904 square feet in the cellar to 47,791 square feet on the second floor. The top four levels all span 46,179 square feet. 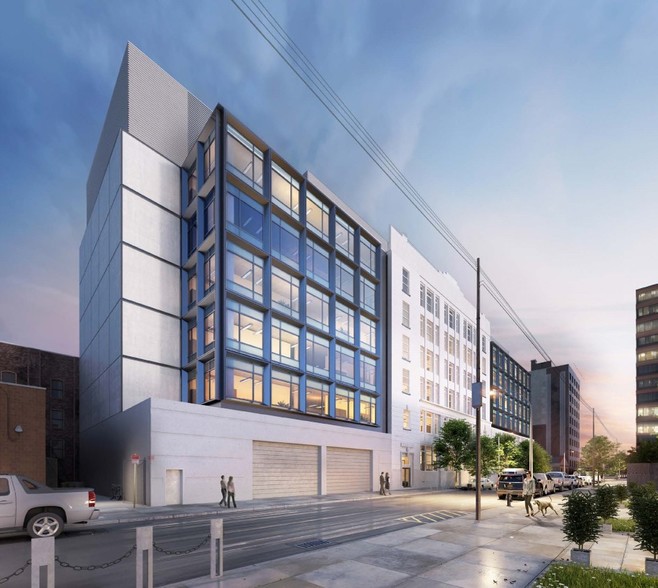 The southern elevation of 45-18 Court Square facing Pearson Street. Designed by Perkins + Will

A completion date for 45-18 Court Square is set for next March, as noted at the construction site.