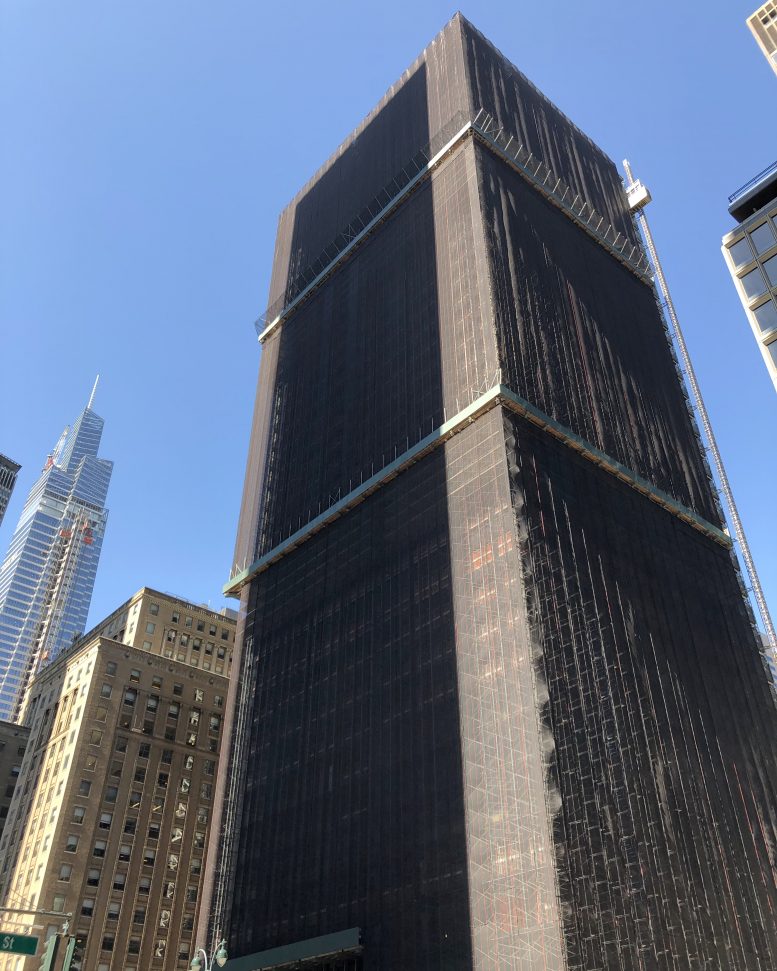 Recent photos show the western podium annex almost completely gone, with only a couple floors remaining. This looks to be the fastest part of the demolition process. Views from above show a team of machinery busily ripping apart the steel structural columns, girders, and beams, while large chunks of the concrete floor slabs and torn metal decking have been removed and lay in piles waiting to be hauled away. 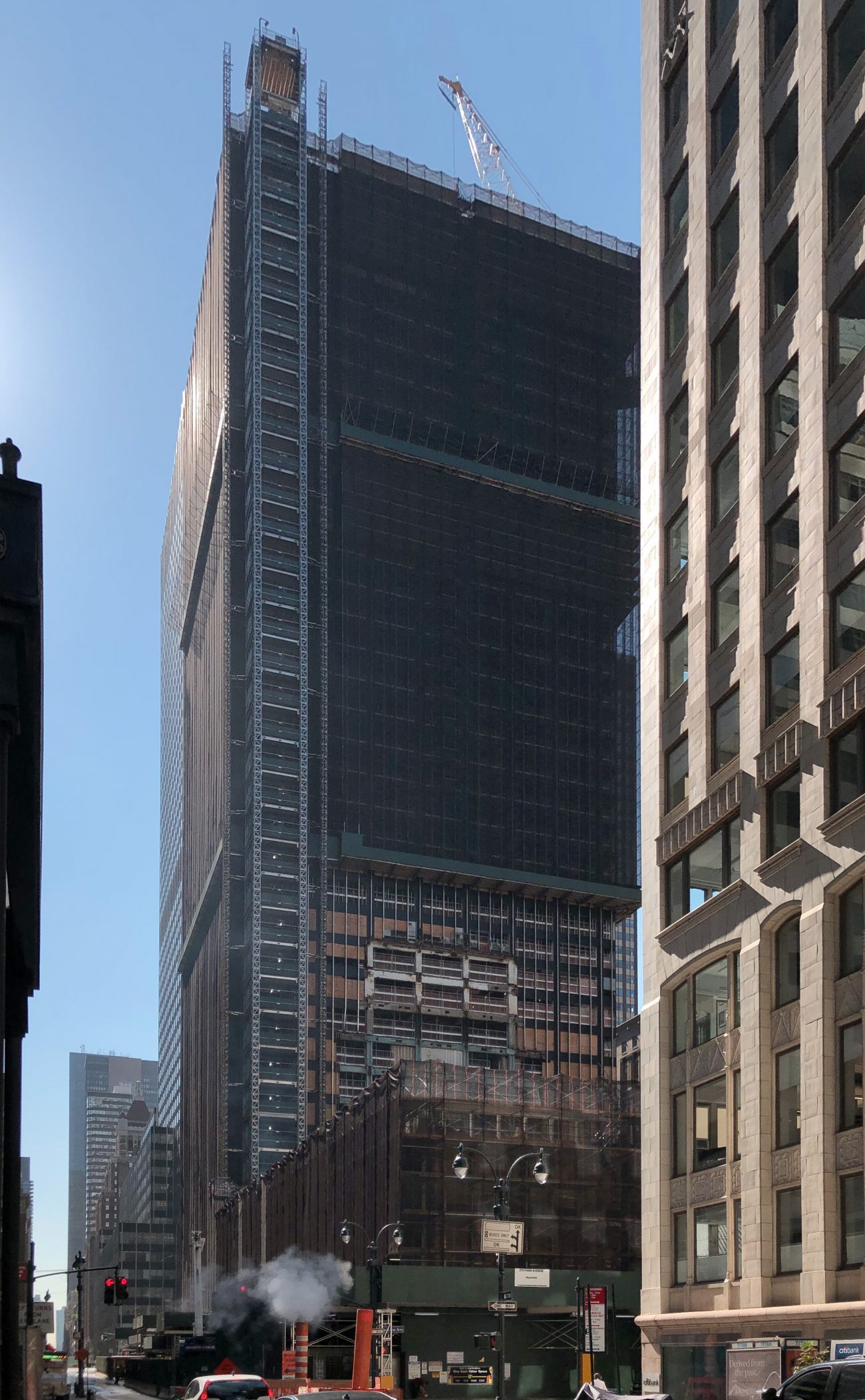 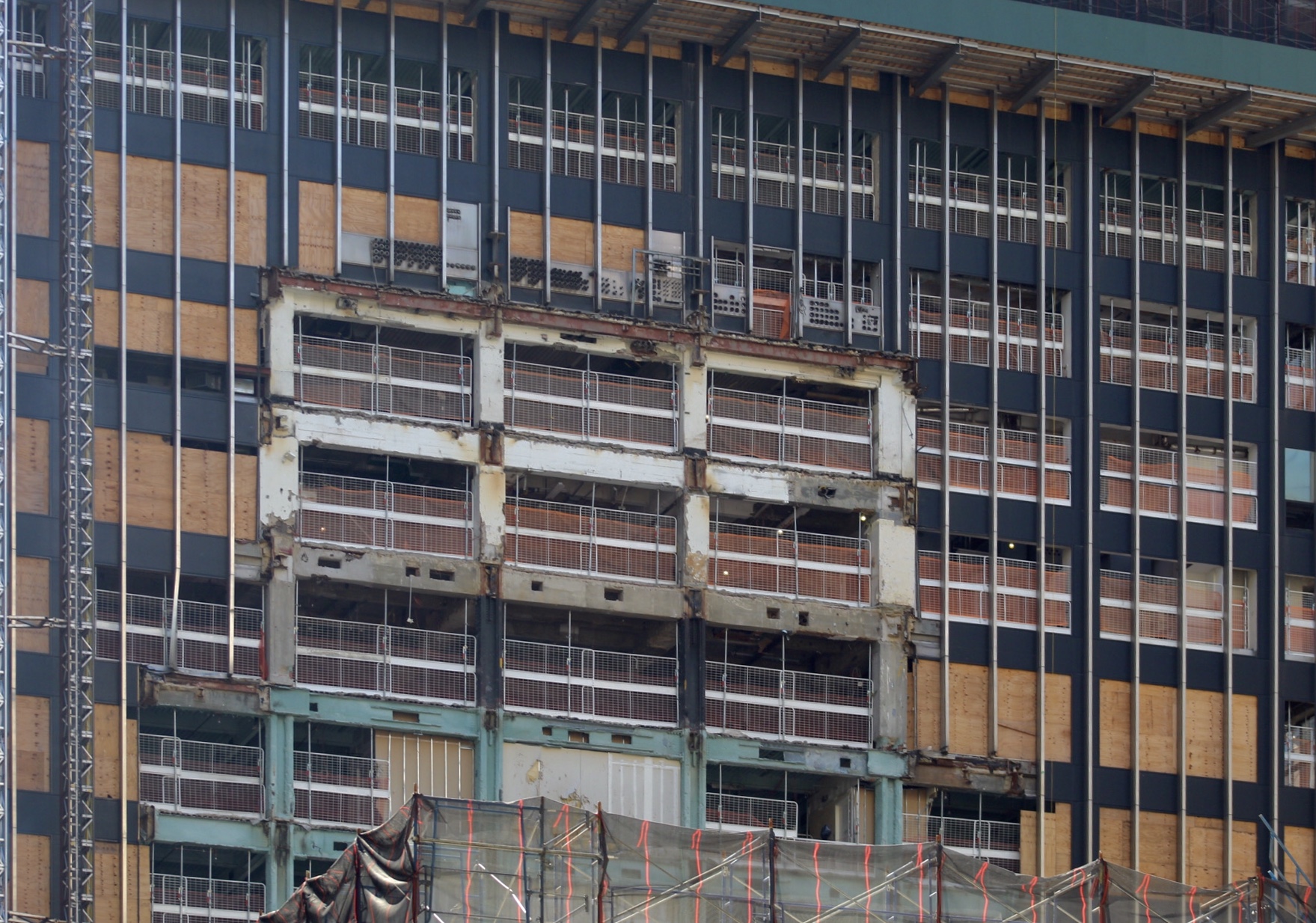 The lower floors on the western side of 270 Park Avenue. Photo by Michael Young 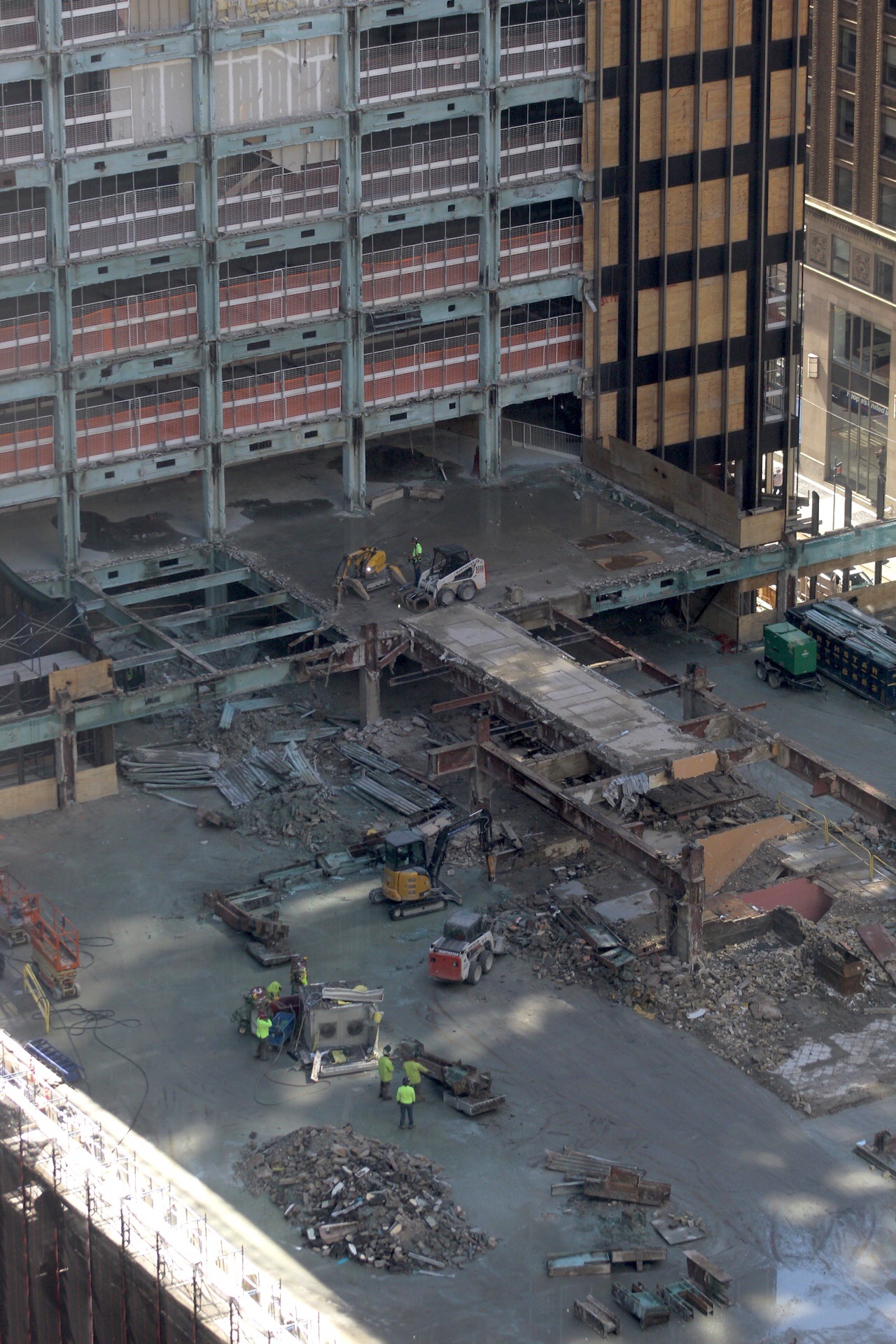 The remaining podium of 270 Park Avenue. Photo by Michael Young 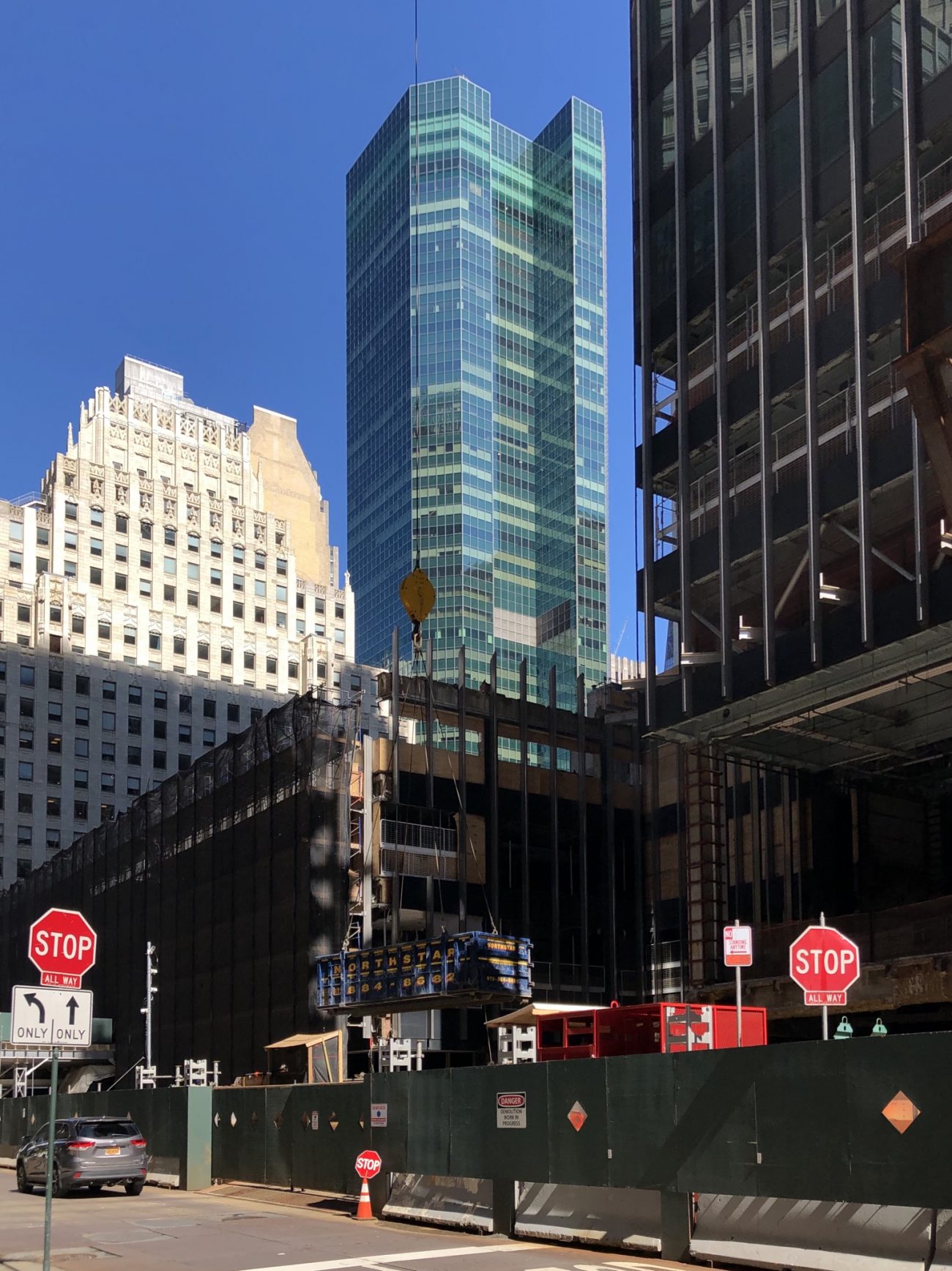 Looking on West 47th Street at the podium of 270 Park Avenue. Photo by Michael Young

The vast majority of the skyscraper is still standing, though the demolition progress is becoming apparent. A huge amount of scaffolding and black netting shrouds all four sides of the superstructure, with the exception of the area around the base of the construction crane on the southern elevation facing East 47th Street. This assembly is divided with the use of three platforms located on the 16th, 29th, and 41st floors. 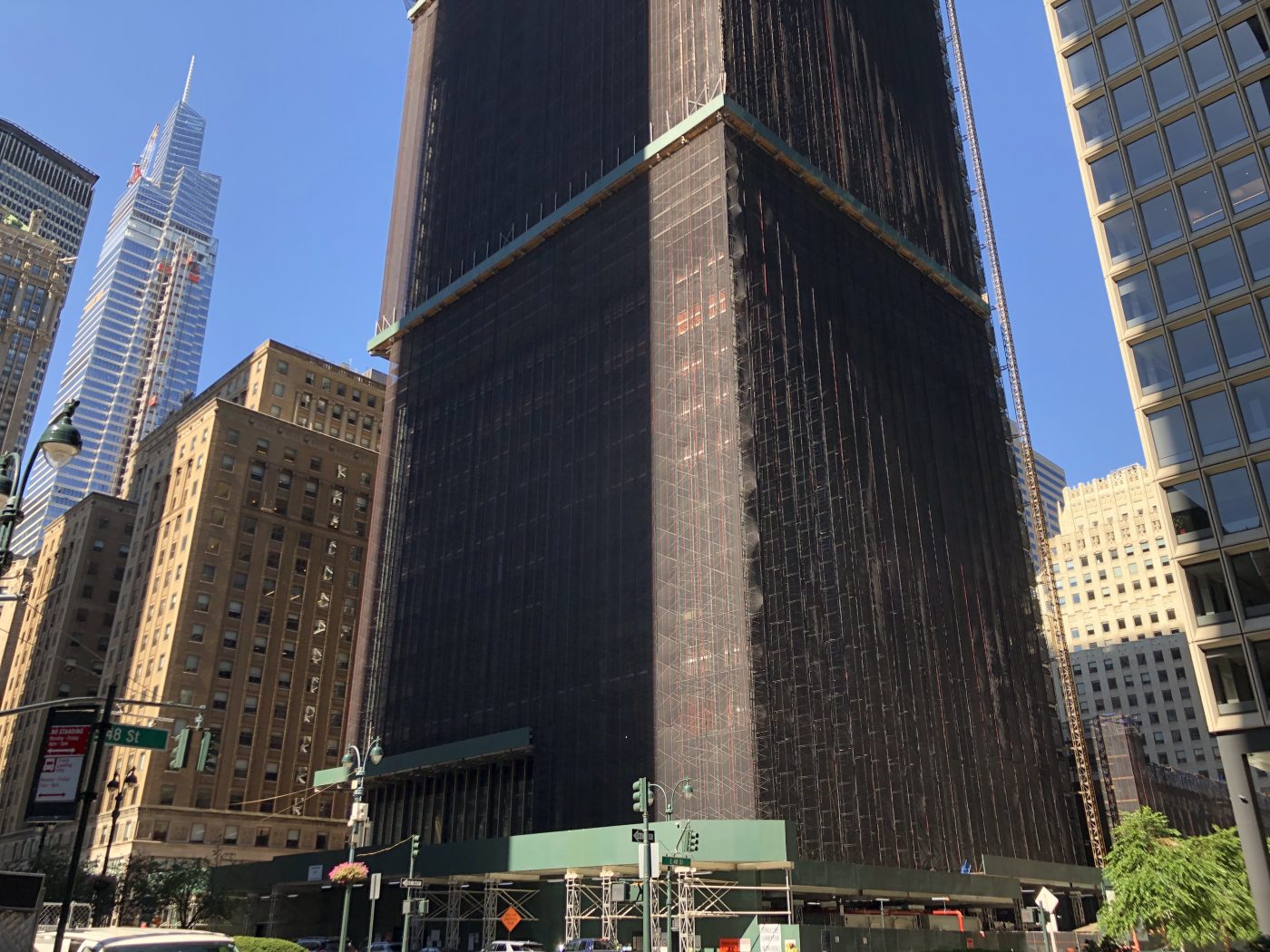 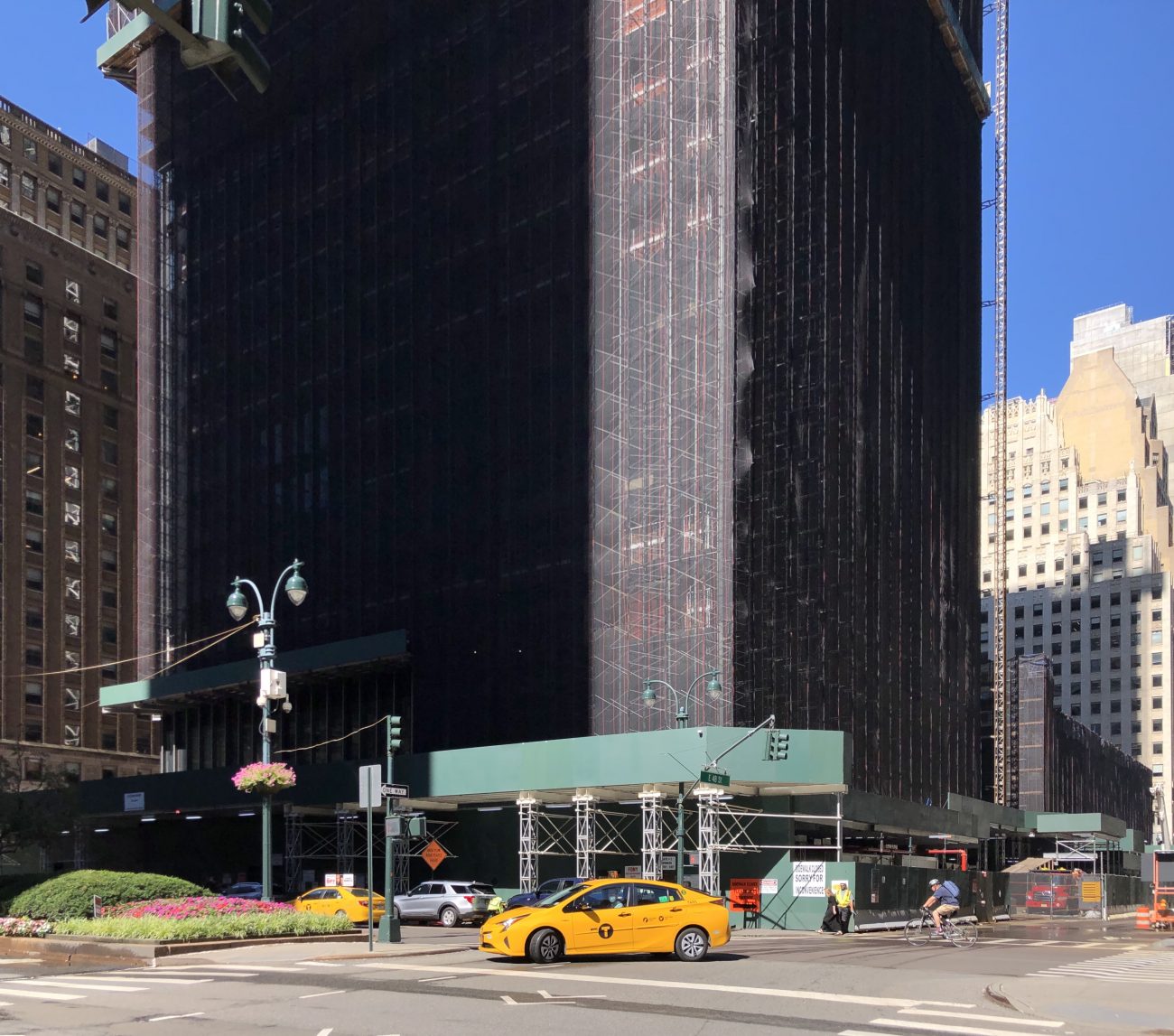 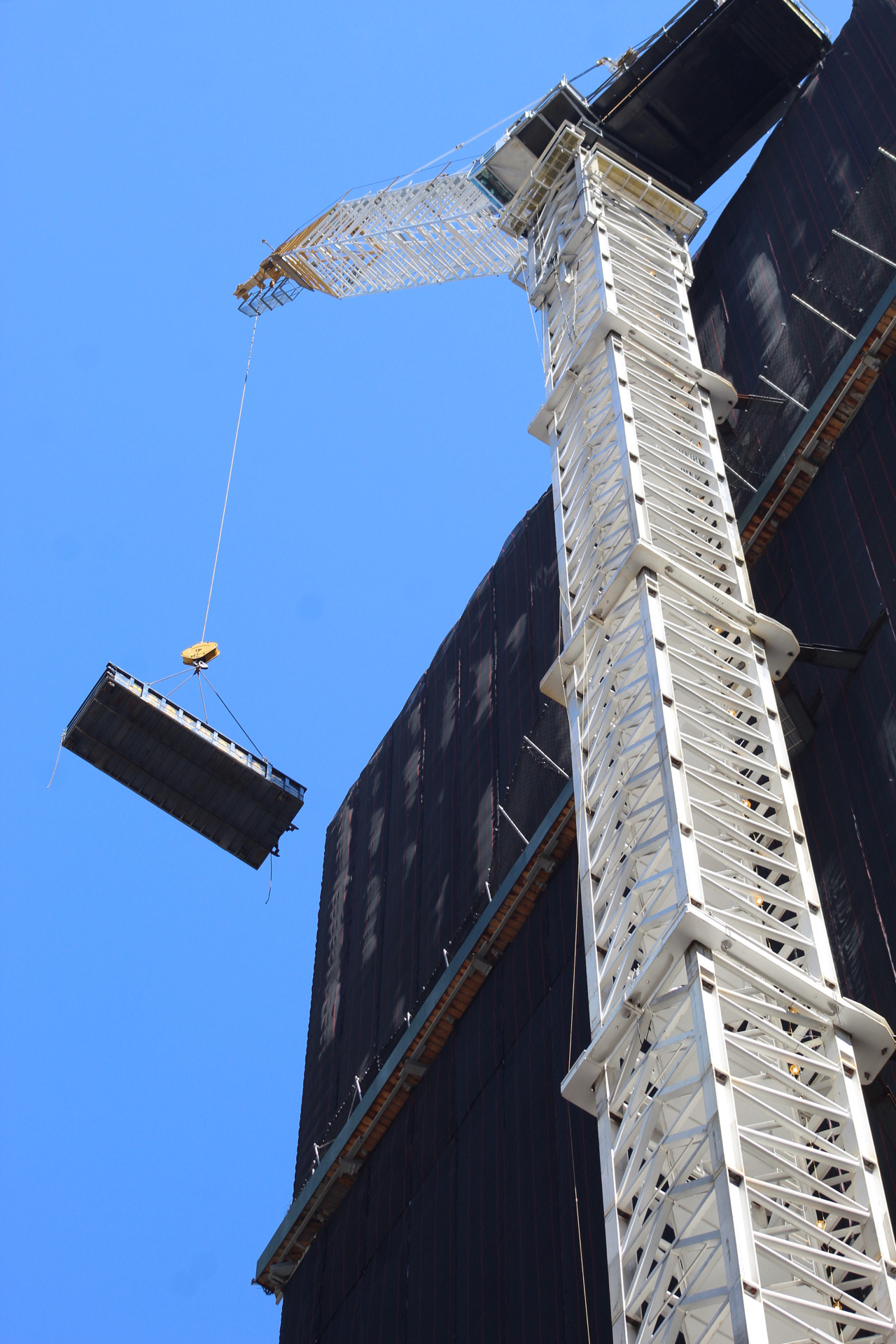 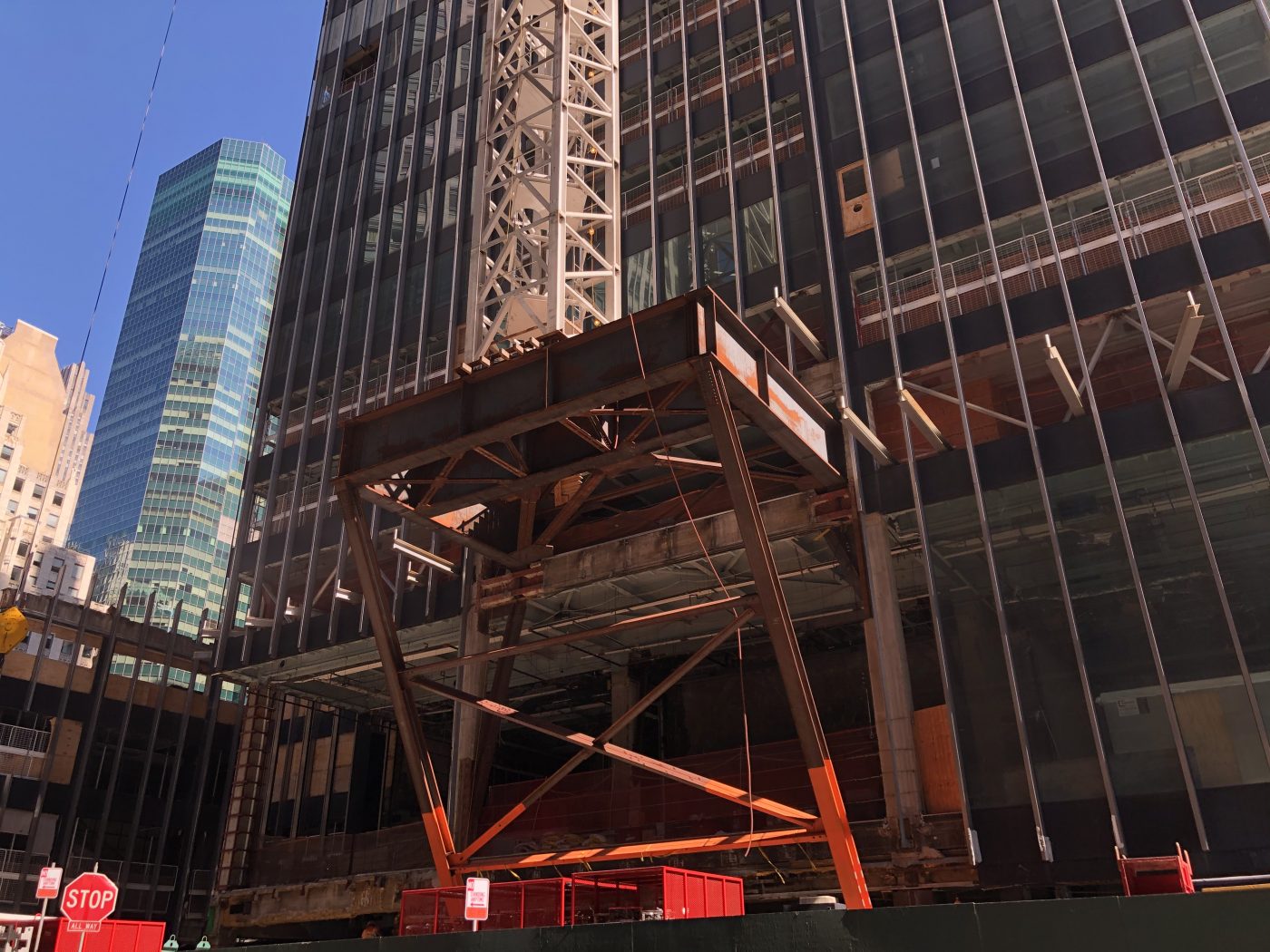 270 Park Avenue will make history as the tallest building ever to be peacefully demolished. This record has long been held by the Singer Building, which was torn down in 1968 to clear the way for the construction of One Liberty Plaza.

YIMBY expects 270 Park Avenue to be fully demolished by 2021. A completion date for the new JP Morgan headquarters and a finalized rendering of the office supertall have yet to be disclosed.