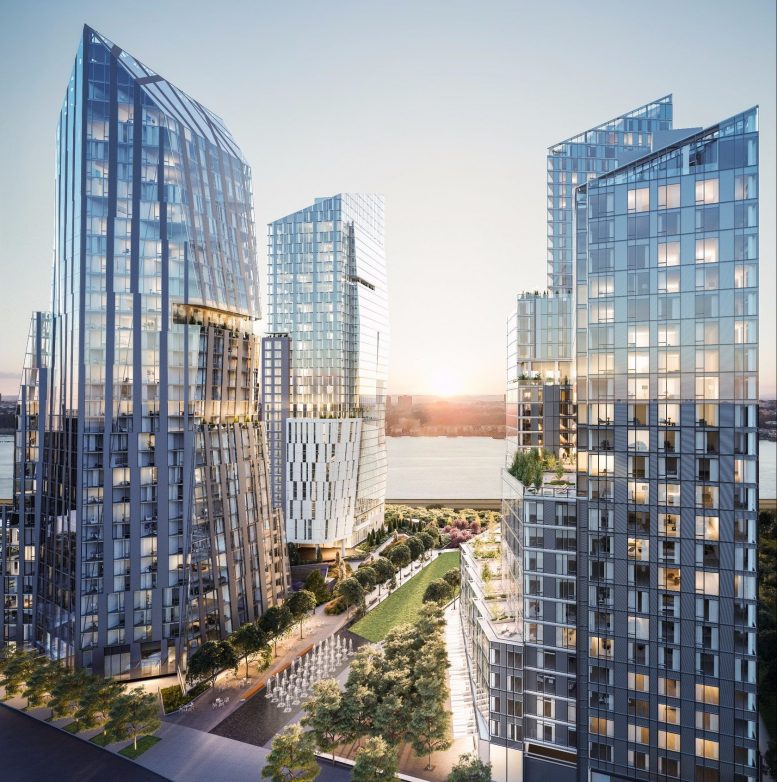 Waterline Square. Rendering by Noë Associates with The Boundary.

What has been the most satisfying aspect of seeing Waterline Square come to completion?

It’s incredibly rewarding to see how Waterline Square has come to life over the last five years. I lived nearby during the construction of Waterline Square, and have loved watching the project at every stage of development, from the initial groundbreaking, to the towers taking shape, to seeing people from across the city visit the park on a nice day. I began my career with a different development firm working on the Riverside South Masterplan that Waterline Square completes, so it’s especially exciting for me to have worked on the final puzzle piece and see it all come to fruition.

With this new development, we’ve transformed one of the last waterfront sites on the Upper West Side into a vibrant community with public park space, exciting upcoming restaurant and retail partners, and exceptional residences that many people now call home. We’re proud of this incredible project that is making a mark on the iconic New York City skyline and giving rare and coveted green space back to New Yorkers, and we’re proud to share this incredible development with our residents. 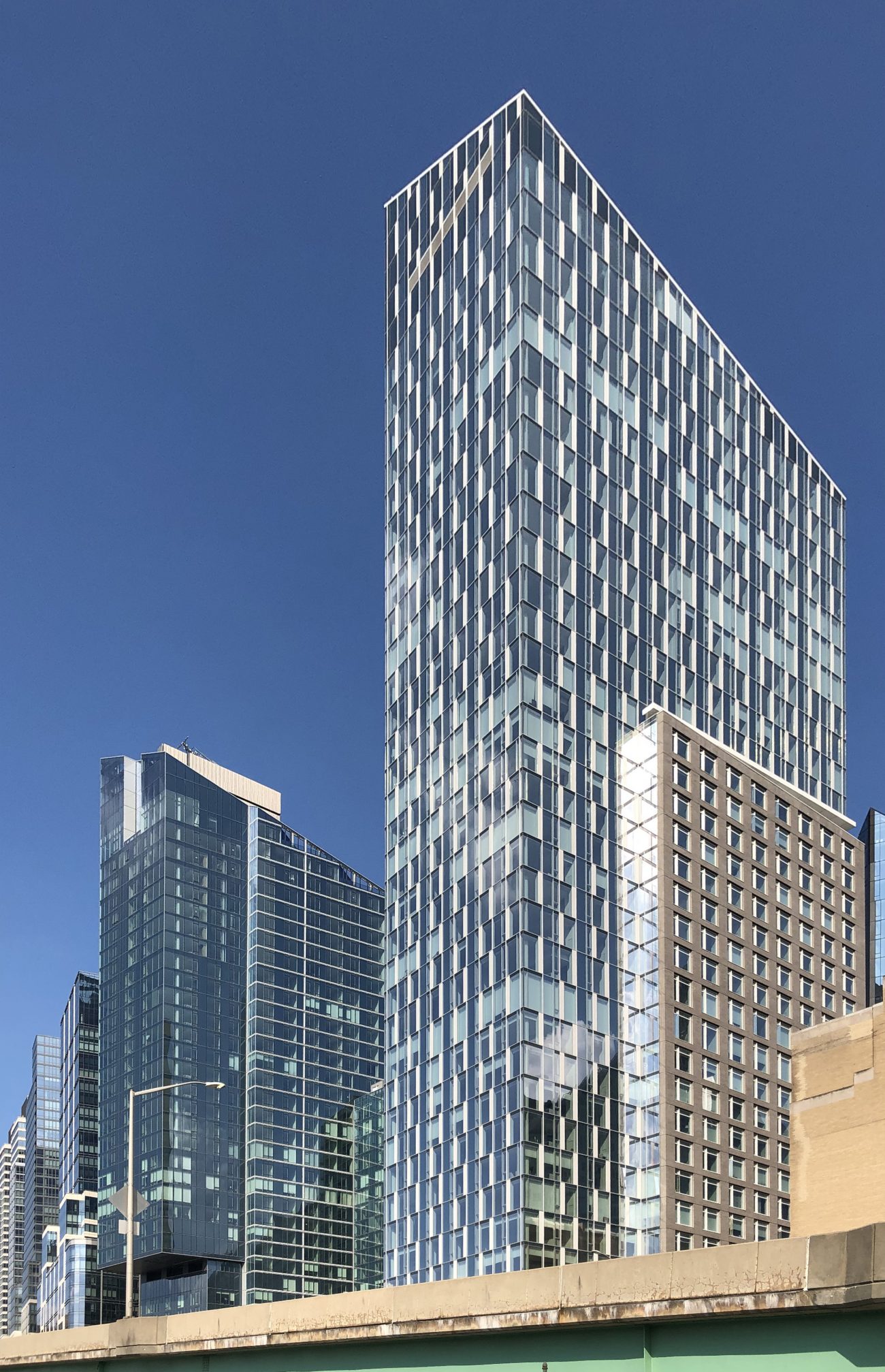 One and Two Waterline Square. Photo by Michael Young 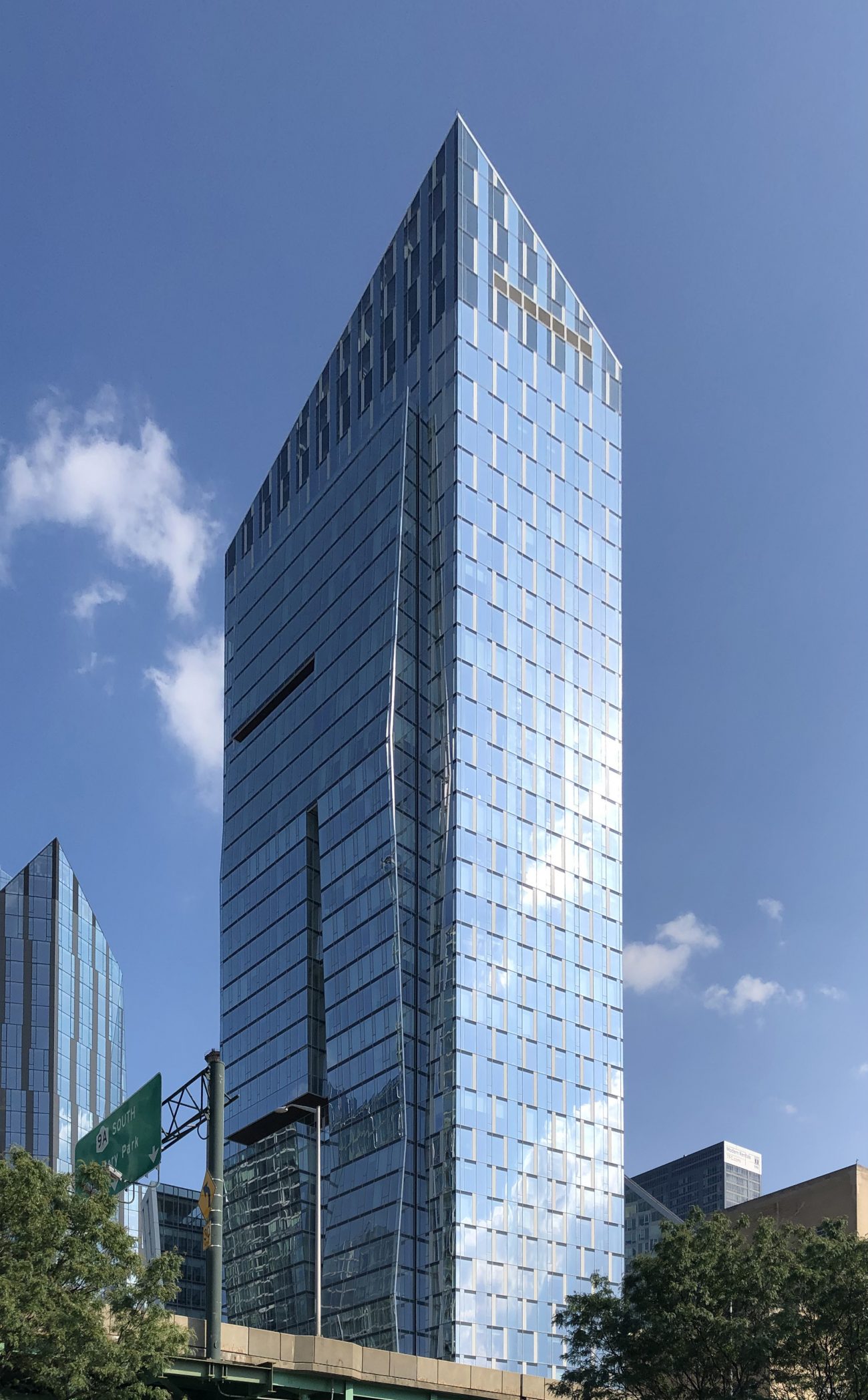 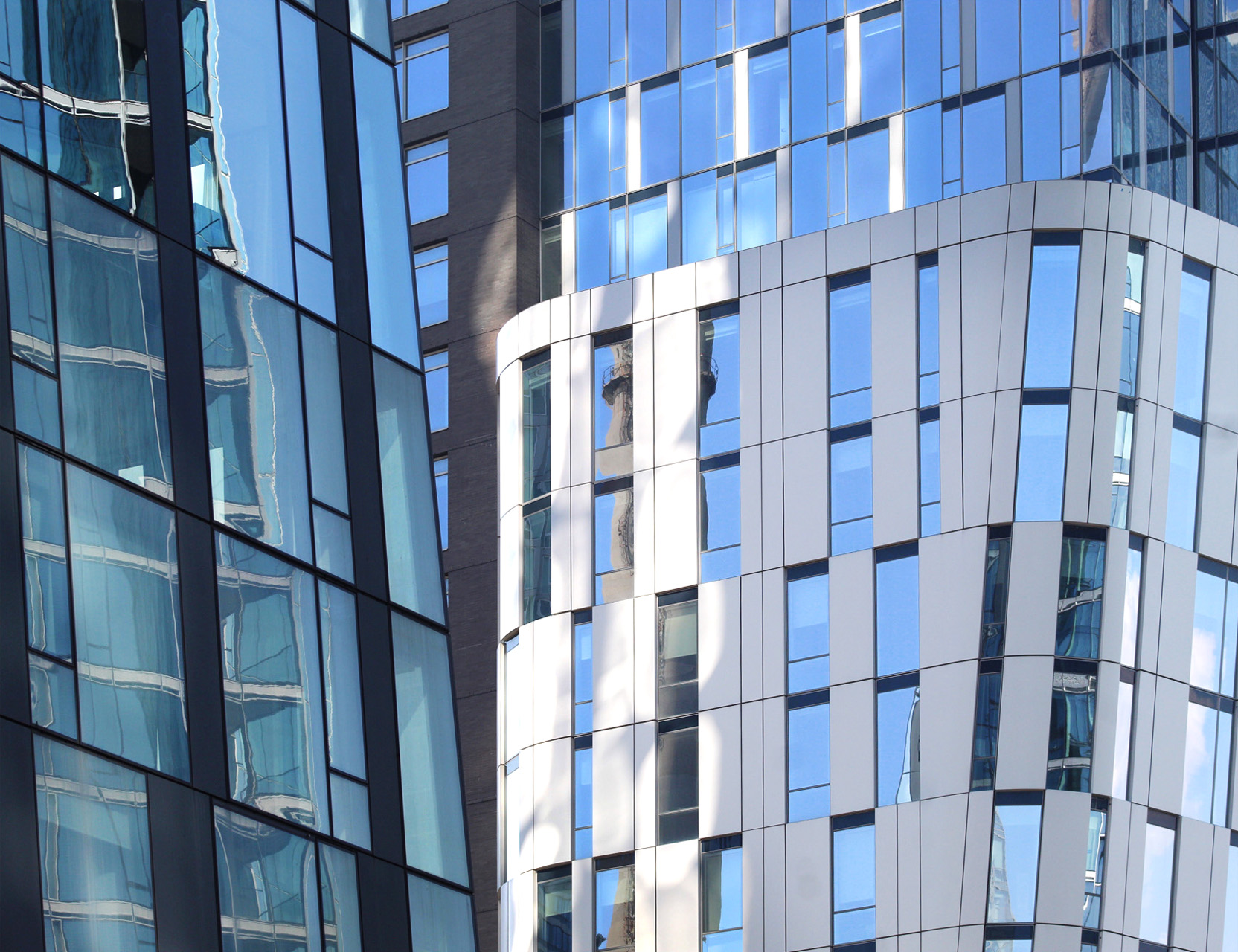 One and Three Waterline Square. Photo by Michael Young 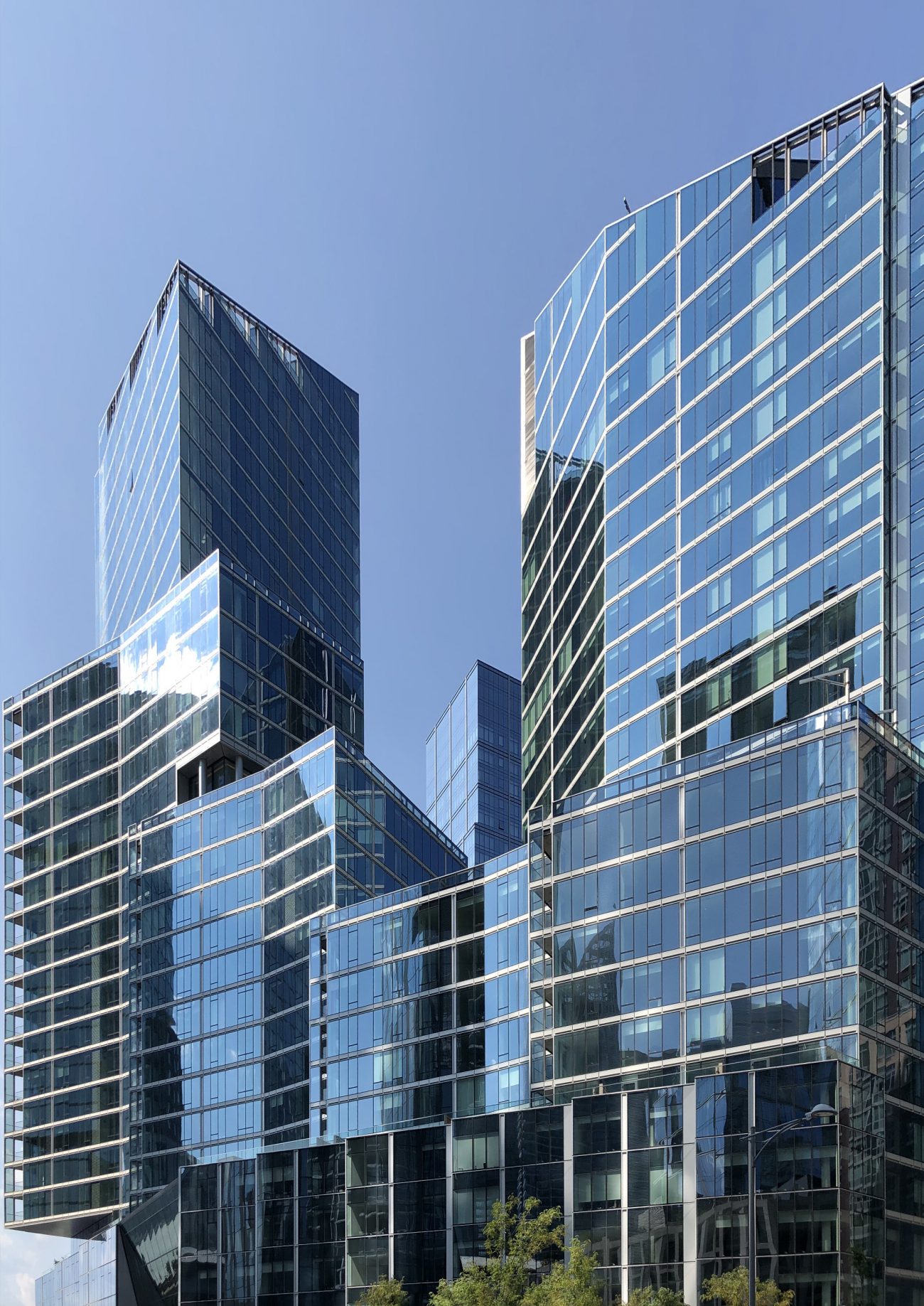 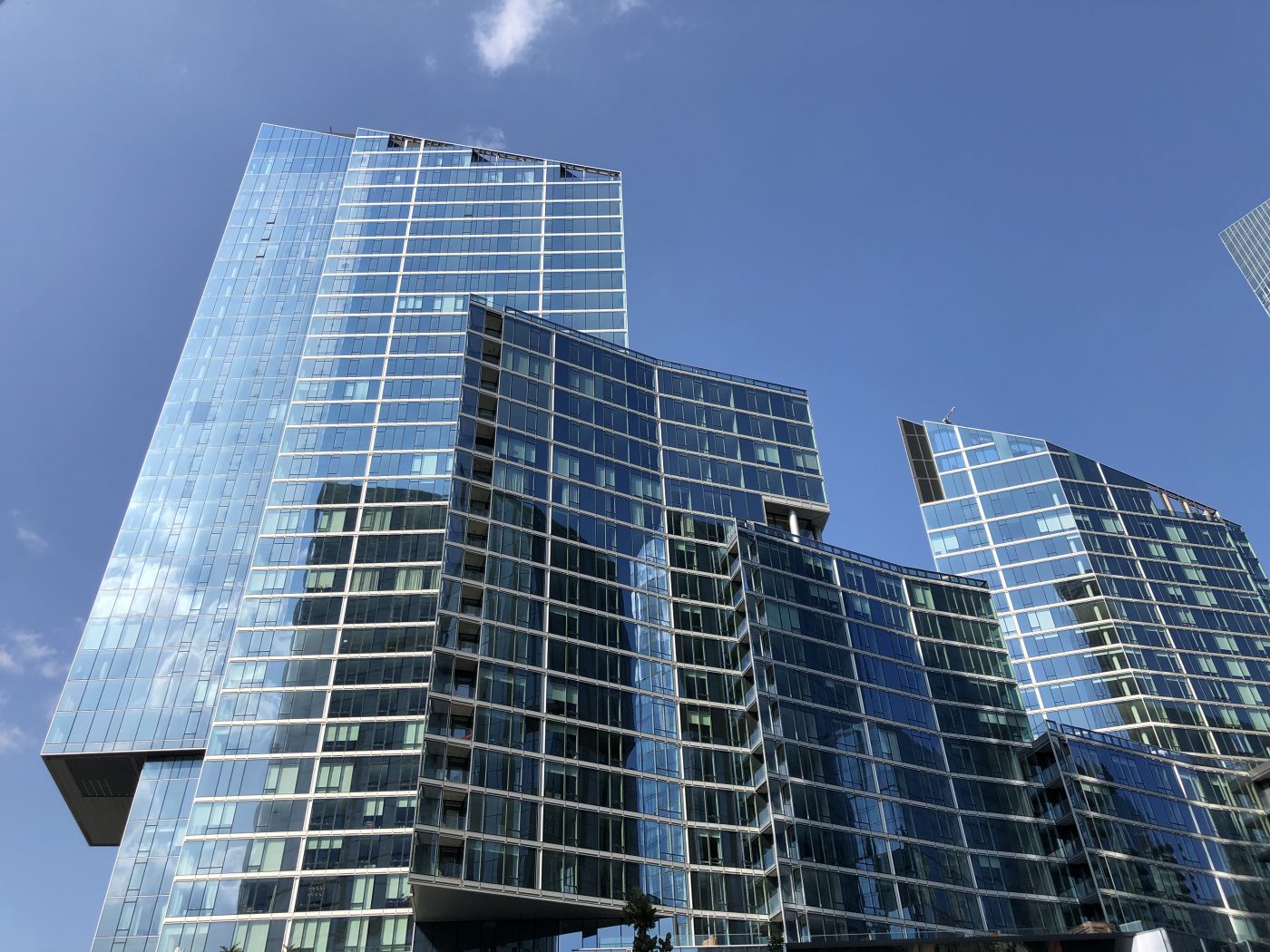 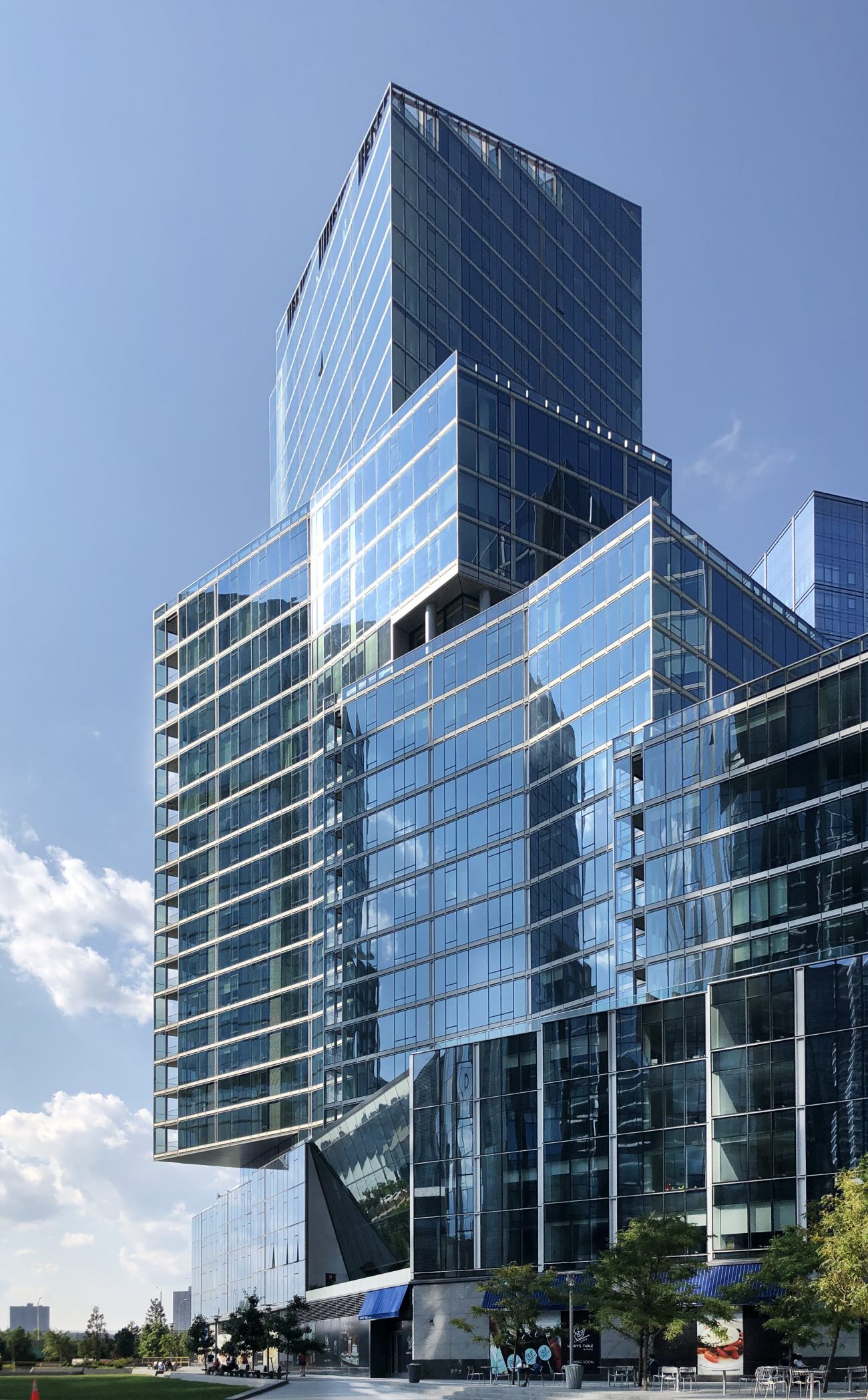 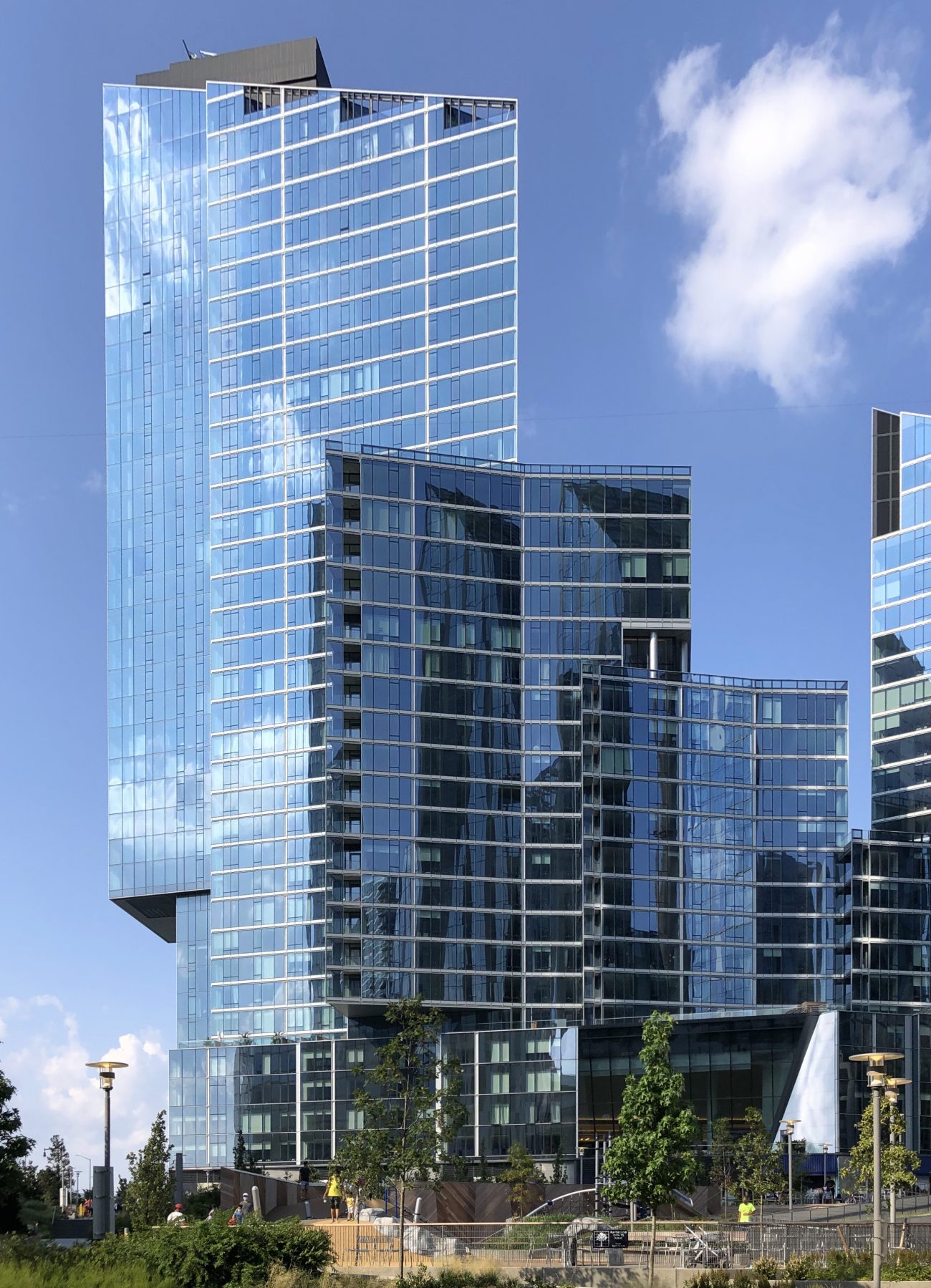 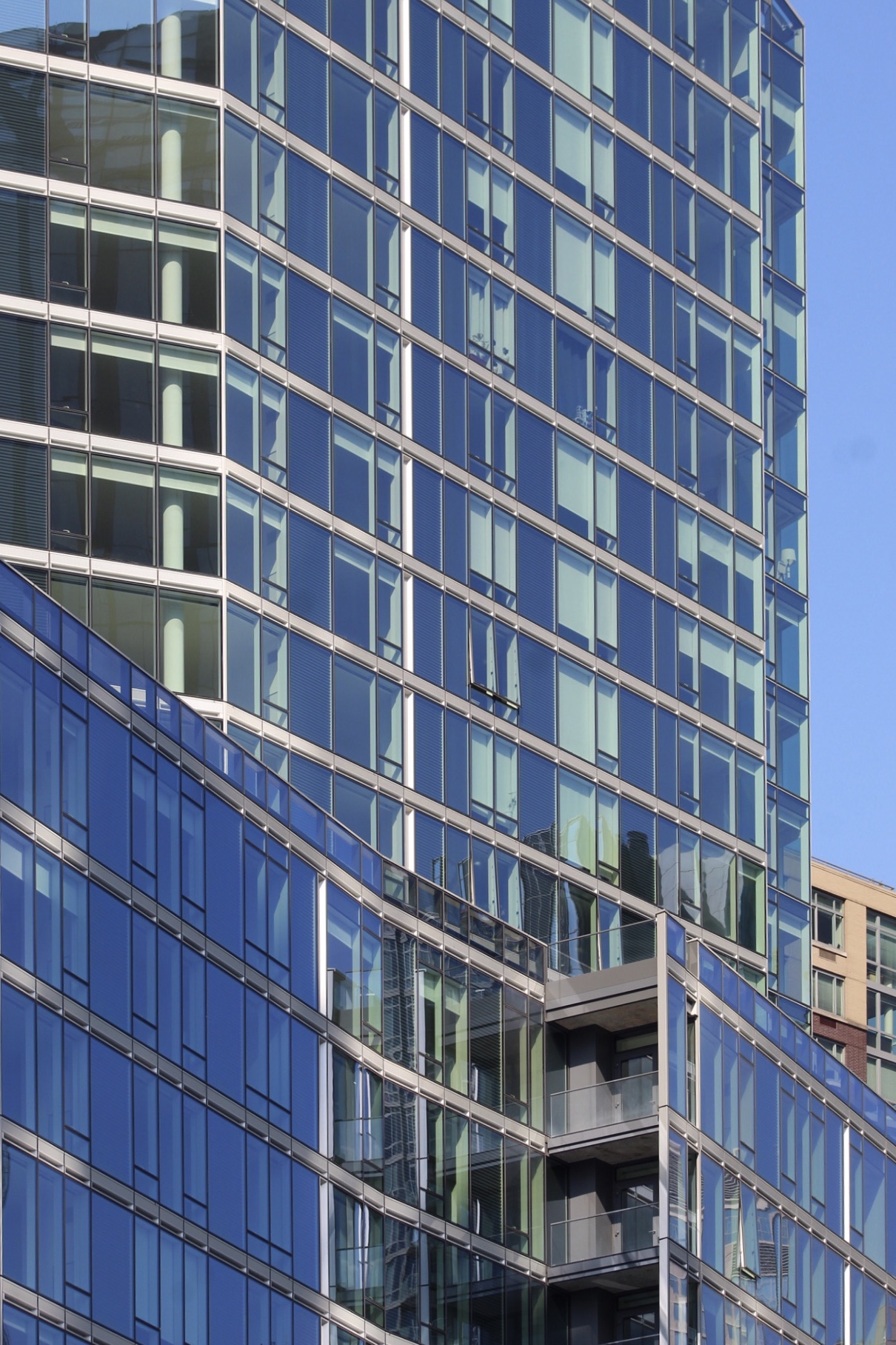 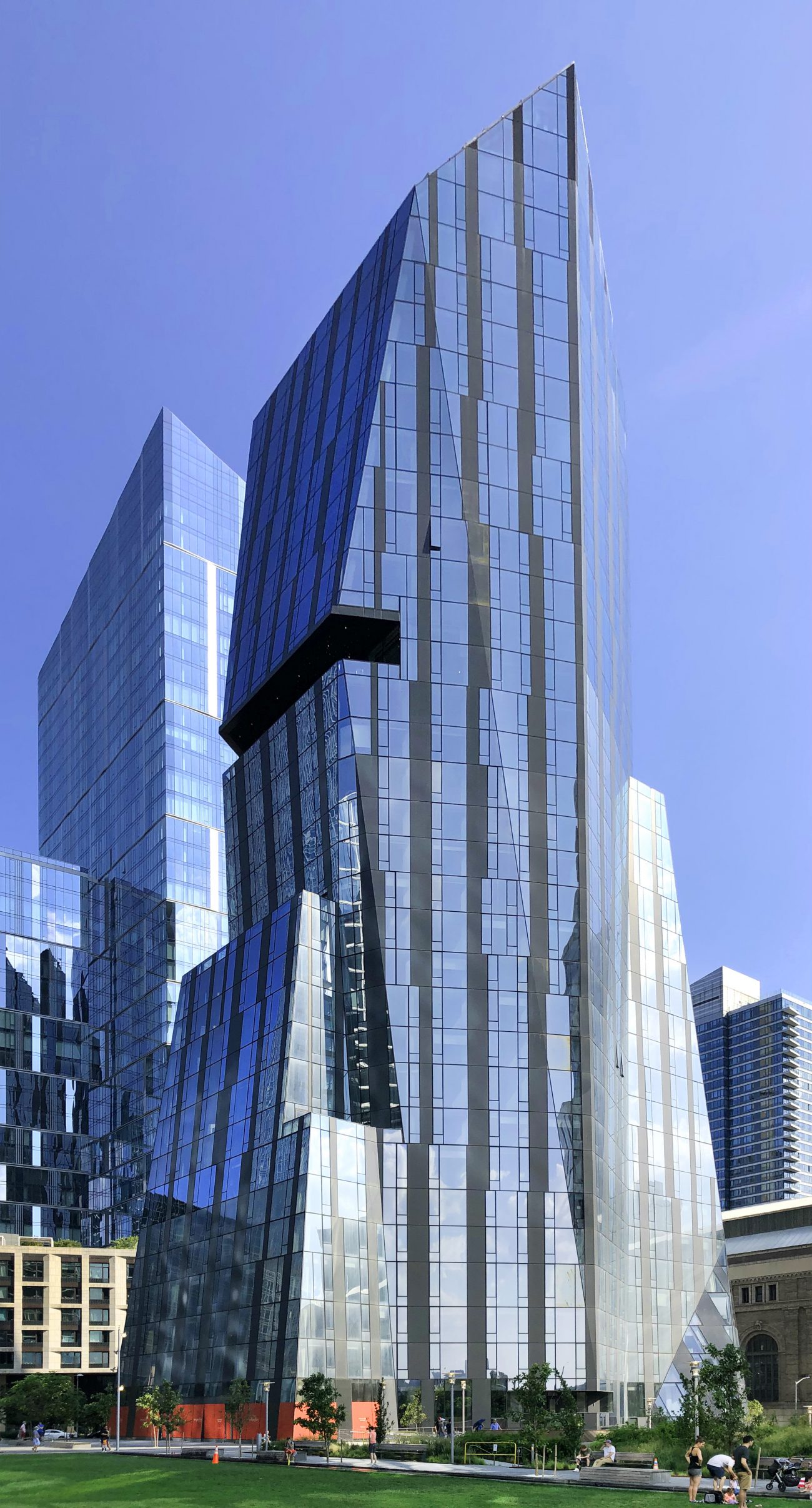 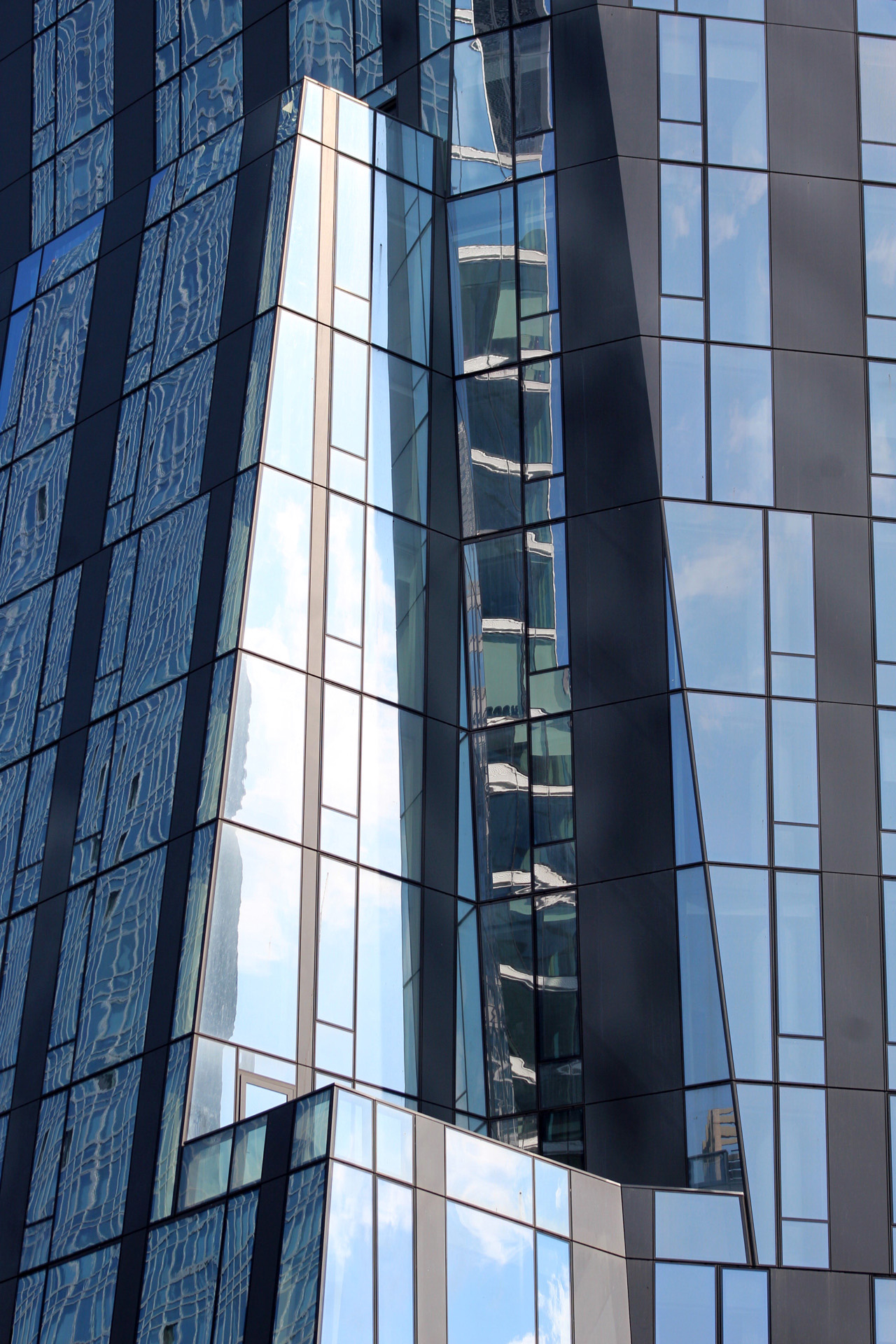 What was the most challenging aspect of designing the overall site?

A residential development is about so much more than just the physical building; it’s about creating a community and a lifestyle for the people who will live there. Waterline Square is unique because of its design by three celebrated architects and three renowned interior designers who understood the fabric of a New York neighborhood, but also because of its waterfront location, one-of-a-kind amenities package by David Rockwell, park space by Mathews Nielsen and world-class culinary partners. We wanted to offer our residents a full neighborhood upon move-in, so the creation of Waterline Square was a consideration of every element of the residential experience from the very beginning. The result is something that goes beyond simple home design to create a true community that connects the neighborhood to the waterfront. 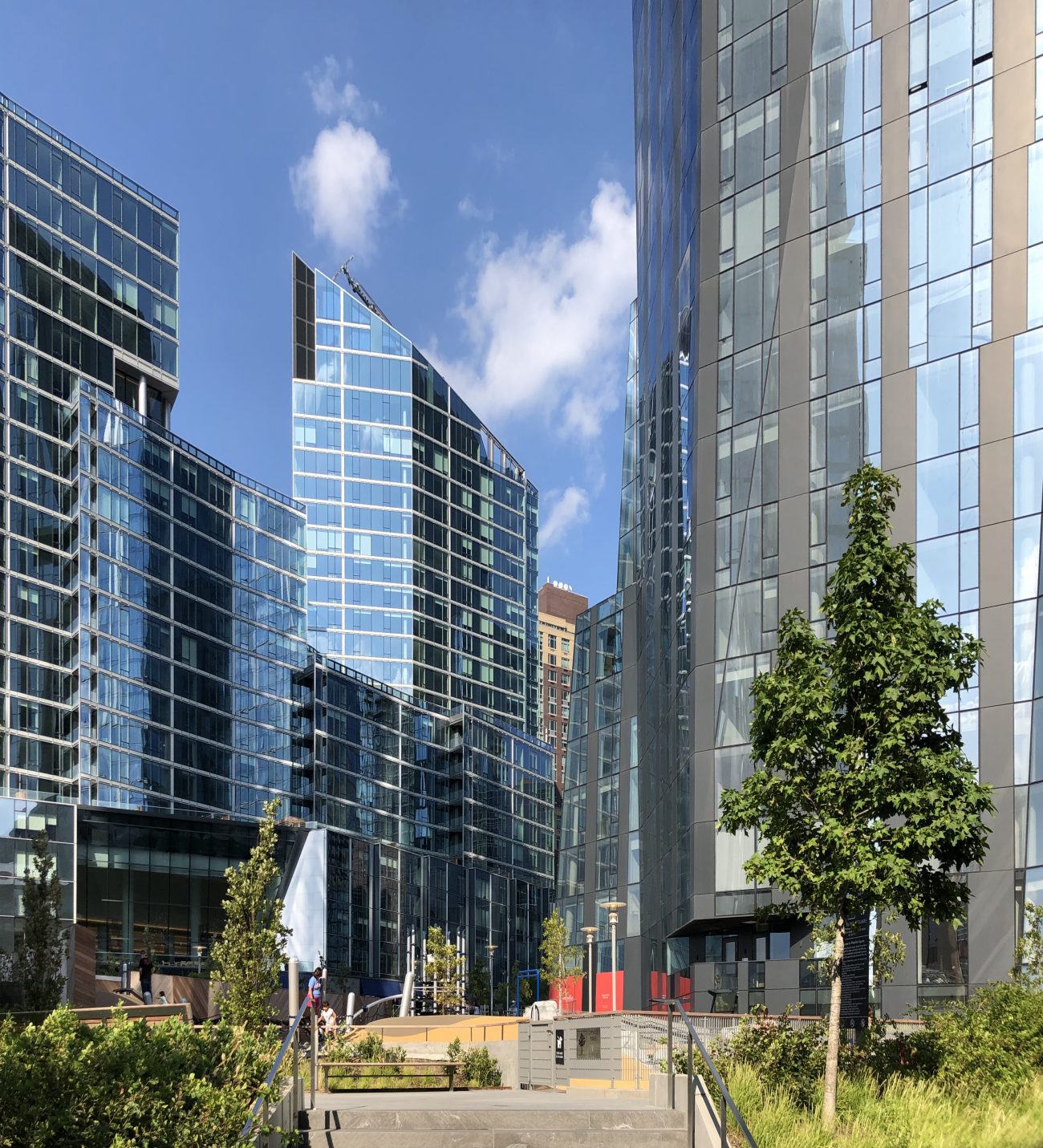 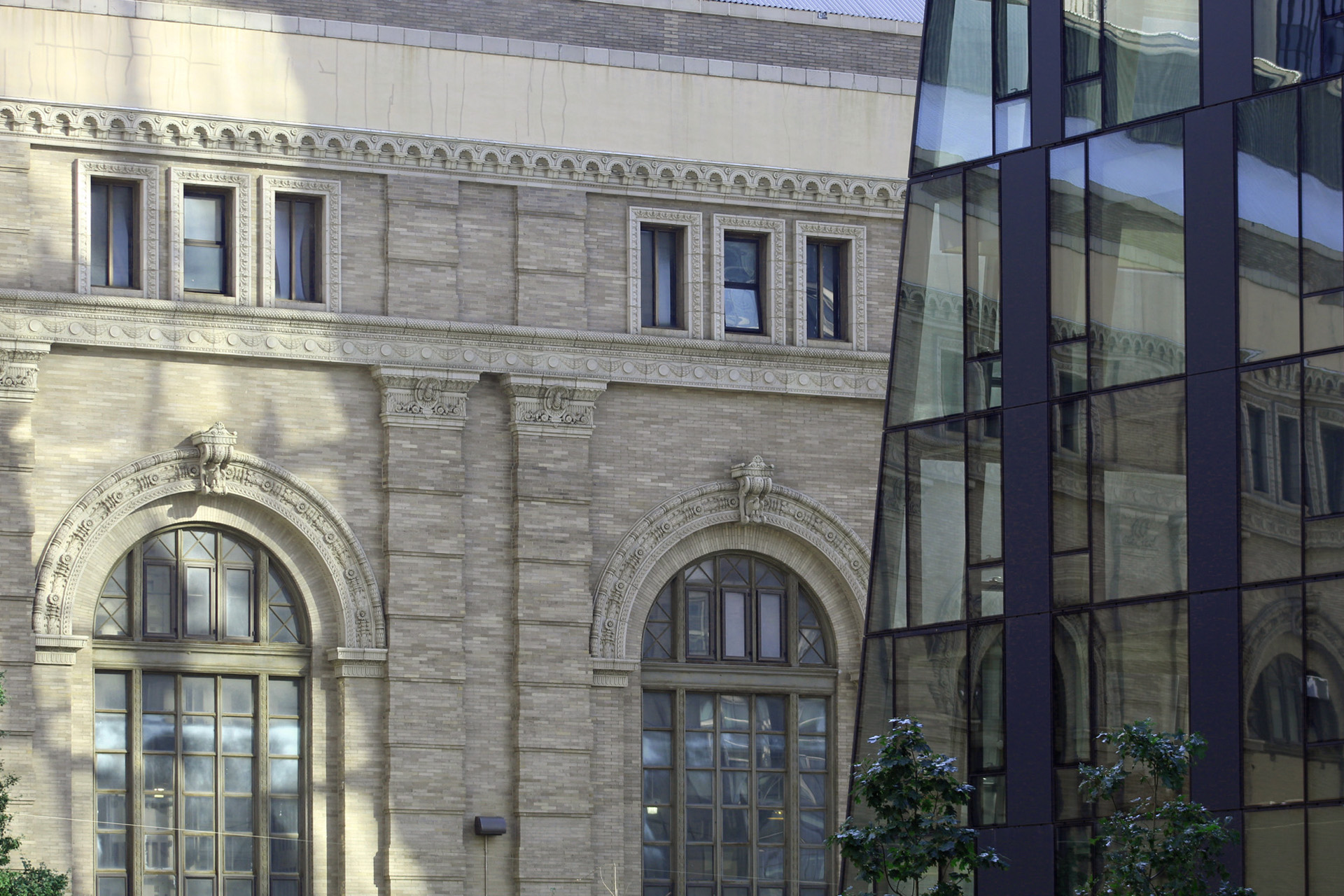 How many years was it between acquisition of the site and completion, and did the previous plans for the site inspire the realized design in any way?

GID acquired the site in 2015 and began construction on Waterline Square in the same year. Each of the sites had to follow Christian de Portzamparc’s original masterplan, but we were able to be creative in our design of Waterline Square. Waterline Square draws inspiration from its unique position, where the water meets the land, and where Midtown meets the Upper West Side.

How has the retail situation evolved in Waterline Square this year, and what tenants do you currently have?

We set out to create Waterline Square with the vision of creating a full community, with residences, amenities, park space and excellent retail opportunities for the residents of Waterline Square and the surrounding communities. The development offers a dynamic hospitality landscape with three established retail partners: the world’s first large-format culinary experience by Cipriani, which will be home to a food hall, gourmet market, full-service bar, and restaurant; the first Uptown location of celebrated Mexican-inspired restaurant Empellón, founded by highly-acclaimed restaurateur and James Beard Award nominee Alex Stupak; and Somm Cellars Wine & Spirits, a luxury wine store concept crafted by two renowned sommeliers, Jason Jacobeit and Daniel Jung. With these three diverse offerings, we continue our goal of creating a comprehensive restaurant and retail offering for the community. We’re excited for each of them to open in the near future.

What is the total scope of the development, in terms of square footage, units, etc.?

Encompassing nearly five acres on Riverside Boulevard between West 59th Street to West 61st Street, Waterline Square completes one of the last remaining waterfront development sites on Manhattan’s Upper West Side. The development includes 2.2 million square feet within three buildings, over 1,100 residences, including condominiums and rental residences, as well as a 2.6-acre park in its center and 100,000 square feet of shared amenities below grade.

Are any components of the project still awaiting completion?

We’re putting the finishing touches on the Waterline Club, our 100,000-square-foot amenity space designed by Rockwell Group, so it’s ready when we’re able to open it to residents. The Club connects all three residential towers and offers one of the most comprehensive amenities collections in all of New York City, with unprecedented spaces like an indoor regulation-size tennis court and indoor half-pipe skate park, both the first of their kind in a residential development in New York City. We look forward to unveiling these incredible spaces to our residents soon. 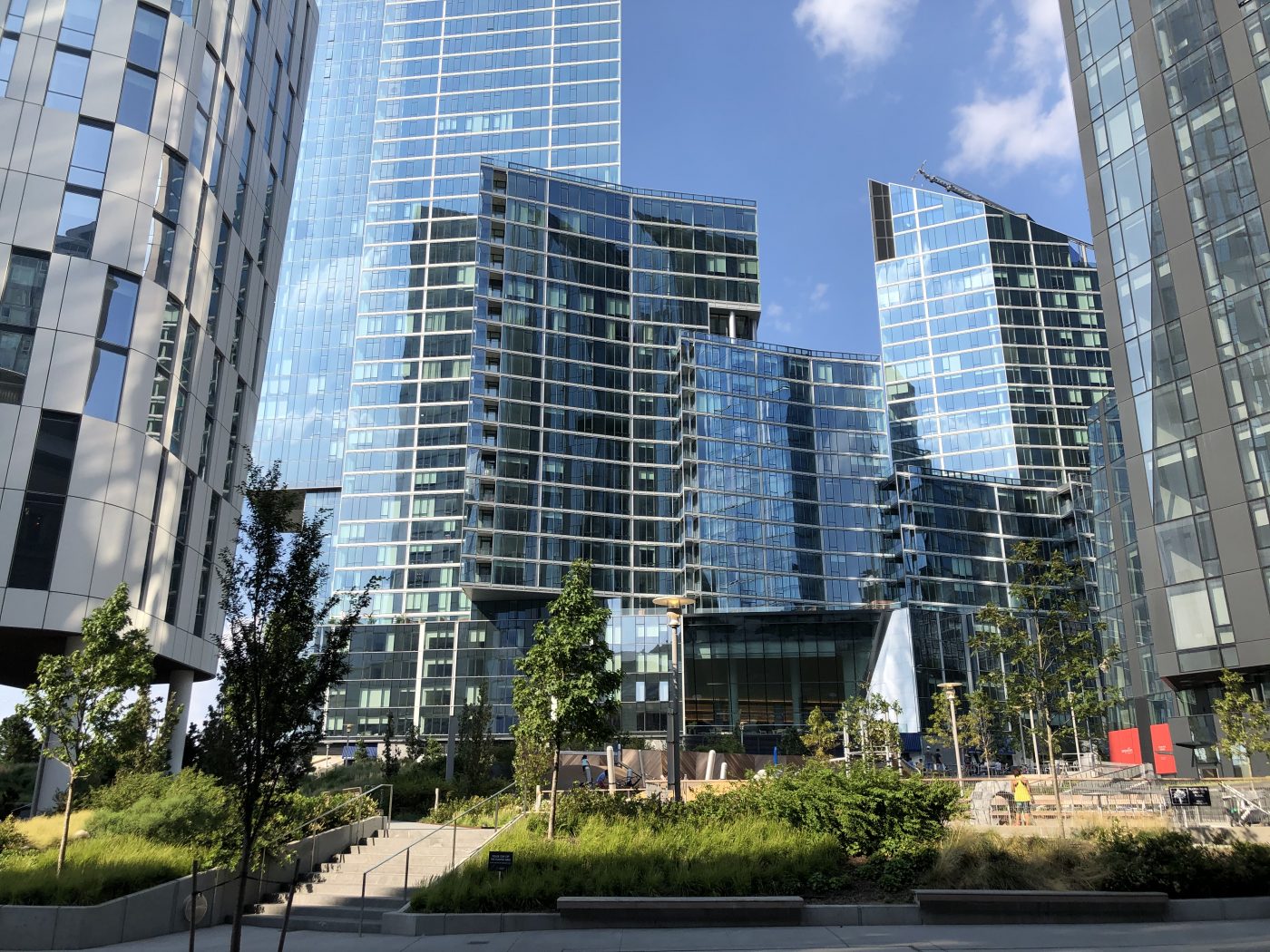 Waterline Square occupies one of the last major extant parcels in Manhattan, and on the Upper West Side, little developable land remains. What solutions for the surrounding neighborhood do you think are viable for resolving the ongoing housing shortage in the five boroughs?

At Waterline Square, nearly 25 percent of our residences are designated as affordable, which is greater than the percentage required for the 80/20 Program. It was important to us to provide quality housing at a more affordable price point.

What infrastructure improvements would you like to see in the surrounding neighborhood, and what projects regionally do you think are most necessary for helping realize the full potential of the Five Boroughs?

As people begin to contemplate and reconsider their lifestyles as a result of the pandemic, one of the most important factors we’re hearing about is access to quality outdoor space, especially public green space. The vision for Waterline Square would not have been complete without the central park space that ties the three buildings together; it’s crucial to the design, but also to the lifestyle that we wanted the development to offer. The park serves as a backyard and an urban oasis for the residents of Waterline Square and the surrounding community. This new green space, a rare yet highly-coveted feature for New Yorkers, connects the development to its larger neighborhood and, especially, to the nearby waterfront, opening up Waterline Square to the sought-after Hudson River walkways, bike paths and additional park space. I think we’ll continue to see developers and designers think more strategically about ways to provide quality green space not only for residents, but for the neighborhood in which they’re building.

What aspects of working with different architects to realize the masterplan were most challenging, and which parts were most rewarding?

Waterline Square is an exceptional development that is transforming the New York City skyline and completing the Riverside Boulevard masterplan, so we knew we needed three world-class architects to design these three towers. We wanted three buildings that would each have their own distinct personalities, yet work together to create an iconic collection of residential buildings, and we knew that these architects could achieve the desired effect. All three of these highly-regarded architecture firms – Rafael Viñoly Architects, Kohn Pedersen Fox Associates and Richard Meier & Partners Architects – are based in New York City, which was an important factor to us because we wanted experts who understood the true fabric of the city and what would be required to create a compelling new neighborhood.

For the buildings at Waterline Square, each of the three firms took cues from the surroundings and embraced the larger vision for Waterline Square to exist as a cohesive unit, while employing their individual flair to make their building true to their defined design philosophy. The three buildings exist as distinct architectural gems yet also create a bold collective statement against the backdrop of the New York City skyline and the Hudson River.

What projects are next on the horizon for you and your team?

GID is a fully-integrated real estate company that develops, owns and operates a premier portfolio of existing properties and development projects throughout the country. We specialize in high-rise multifamily buildings and mixed-use projects that create a sense of community. It’s all about place-making for us. In addition to Waterline Square, we have two large-scale multi-phased mixed-use projects underway in Houston and Atlanta, as well as numerous notable developments in major cities around the country.