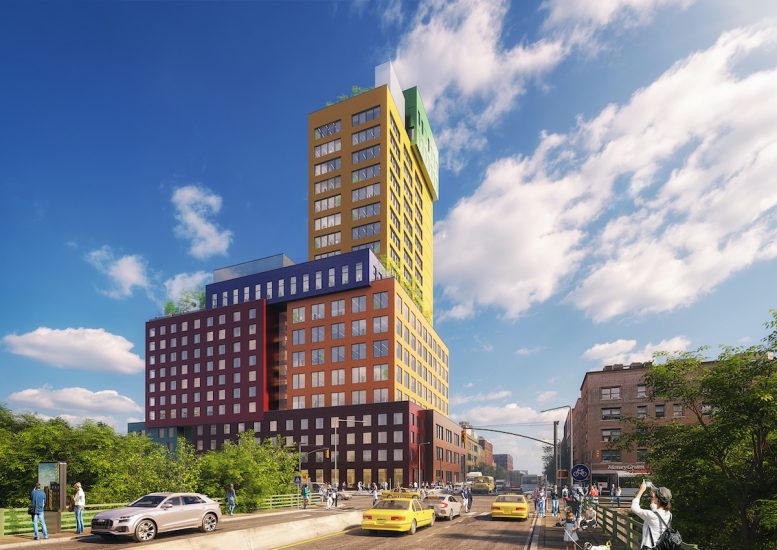 Construction has topped out on the Radio Tower & Hotel, a 22-story building at 2420 Amsterdam Avenue in Washington Heights. Designed by MVRDV with executive architect Stonehill & Taylor and developed by Youngwoo & Associates, the building features a ceramic brick façade that breaks away into eight boxy volumes, each with its own distinct color. From top to bottom this includes a vibrant lime green and yellow that transition into subdued blue, red, orange, teal, and magenta materials. Overall, the building’s design draws inspiration from the diversity and vibrancy of the existing neighborhood and is described by MVRDV as a colorful welcome sign to upper Manhattan.

“Our intention with Radio Tower & Hotel was to become a part of—to strengthen, even—the character of a neighborhood that is wonderful in its color, diversity, and atmosphere,” said MVRDV founding partner Winy Maas. “Our building shows that new high-rise developments don’t have to overwhelm their surroundings and be disconnected from their neighborhoods. They can be a good neighbor, a friendly neighbor, instead.” 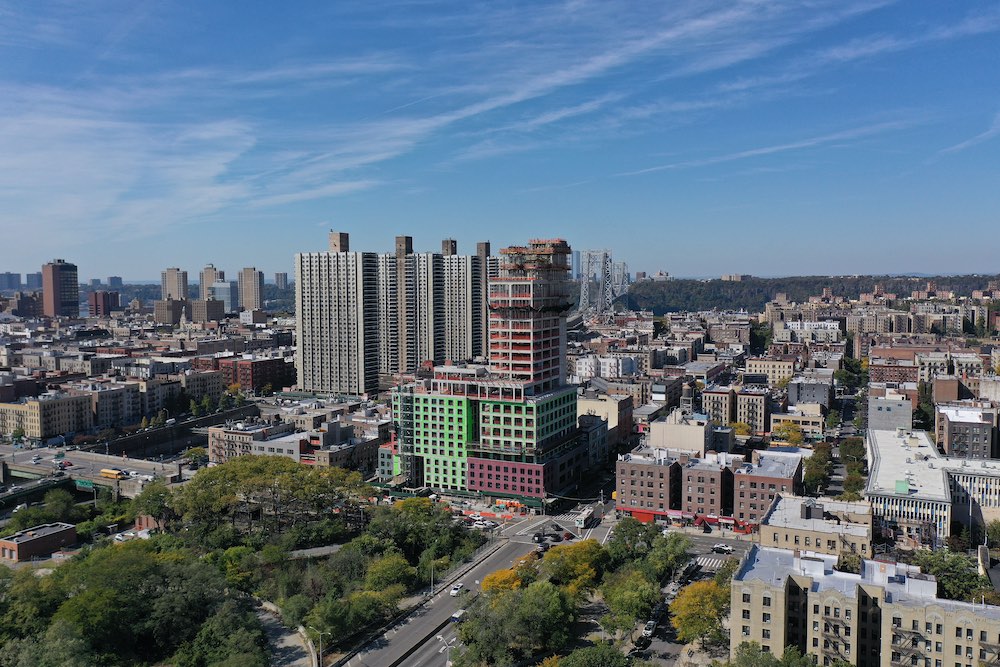 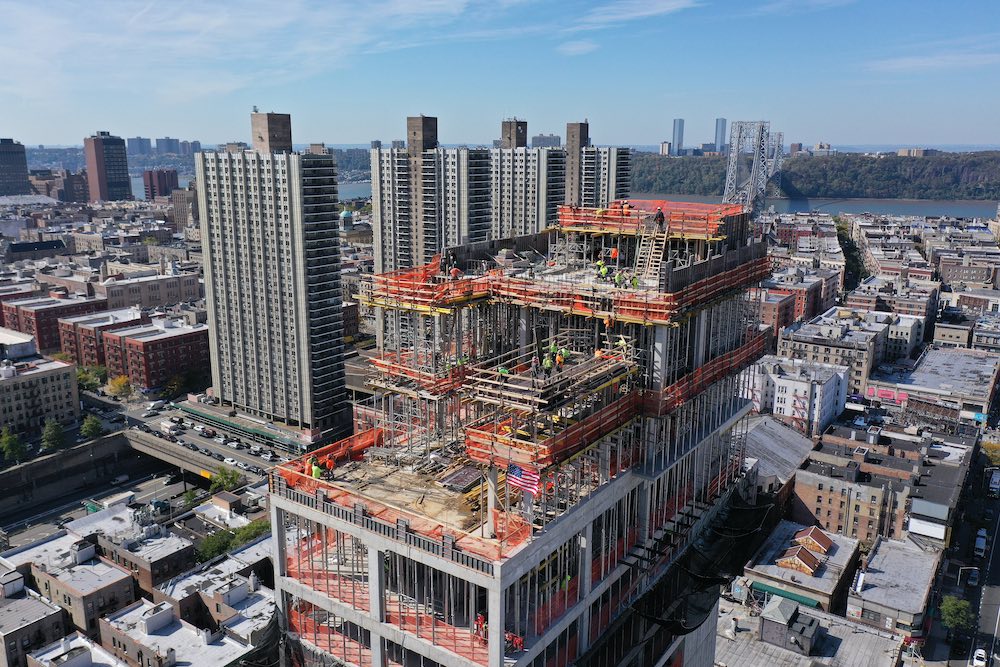 As previously reported by YIMBY, the building will contain over 100,000 square feet of office space with sweeping, loft-style floor plates. Retail tenants will occupy a portion of the ground floor with the hotel and office components located above. The forthcoming event space forms an L-shape at the tenth floor and will include a large outdoor terrace.

Newly issued renderings illustrate a second terrace above the hotel volume with an outdoor pool deck and a third outdoor space above the 19th floor that will reportedly debut as a restaurant.

The hotel will eventually comprise 212 guest rooms envisioned as a complimentary component to the building’s event space, as well as for visitors traveling to New York Presbyterian Hospital and conferences hosted by the Yeshiva University.

Workshop APD is overseeing the interior design, though no renderings or mockups have been revealed. 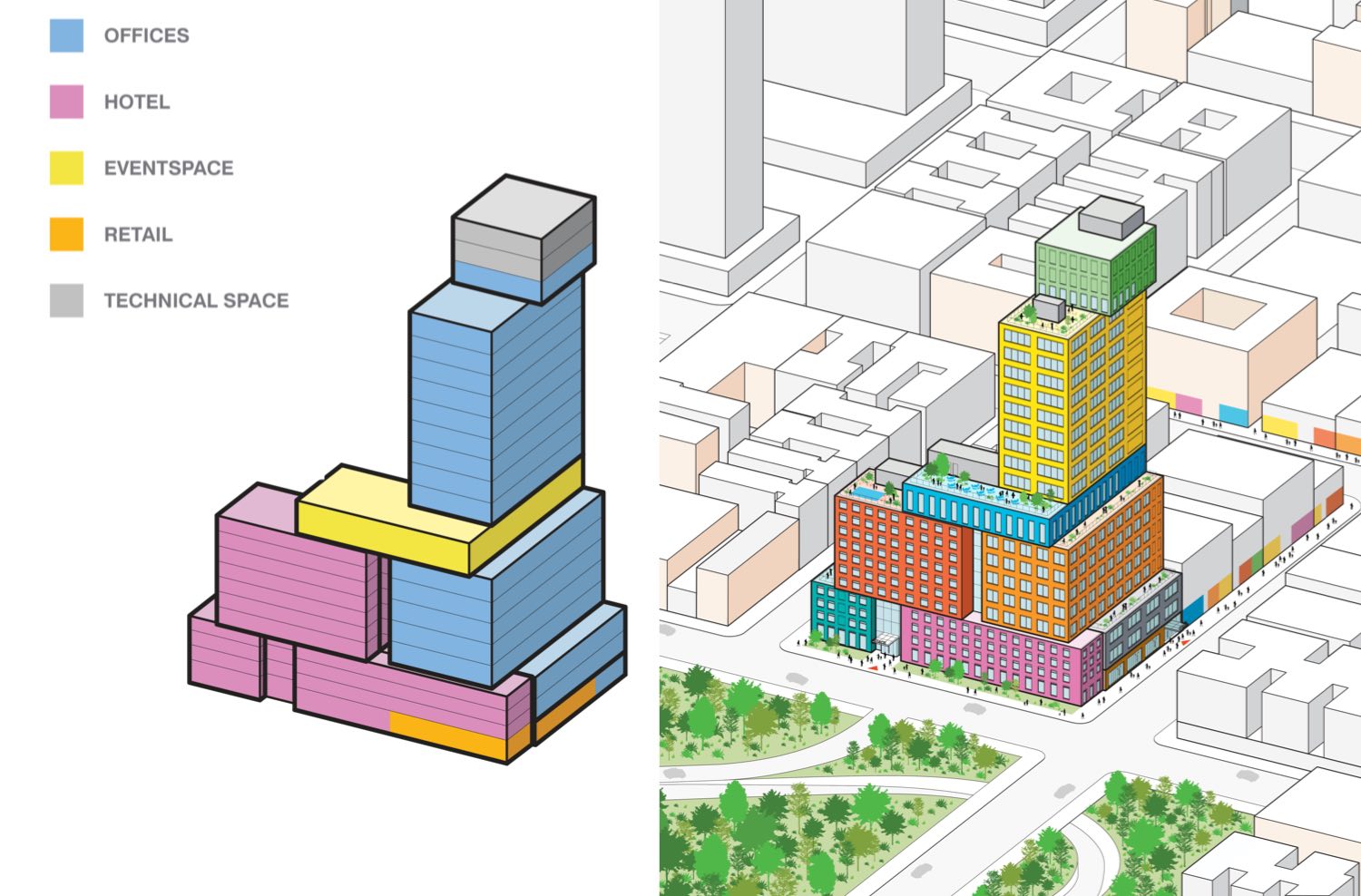 The development team filed permits for the tower back in 2013 and later broke ground in November 2018. Completion is expected in 2021, with occupancy by the end of the year. 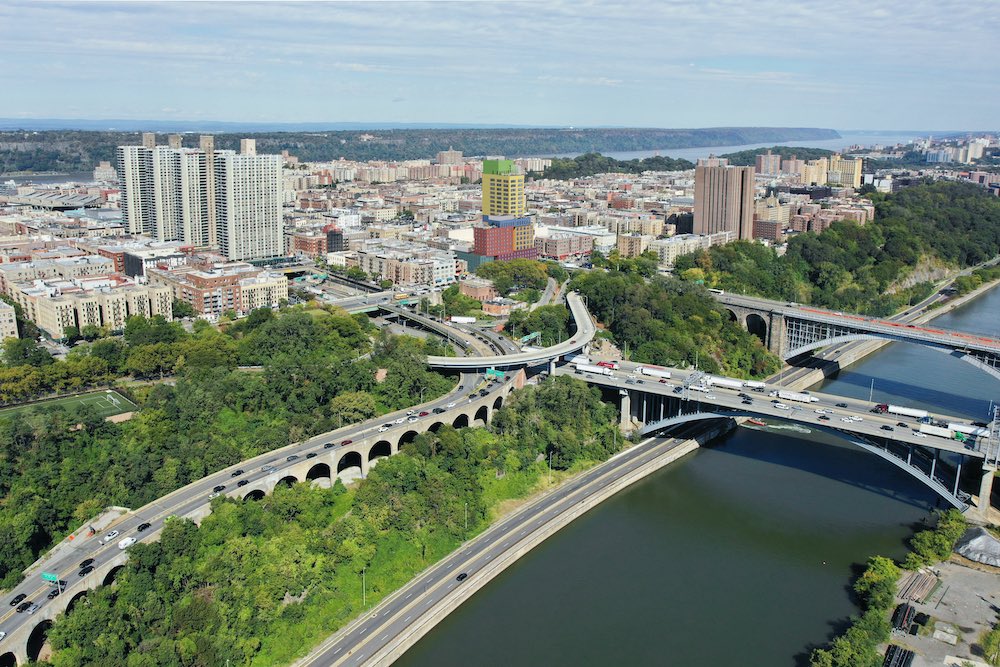