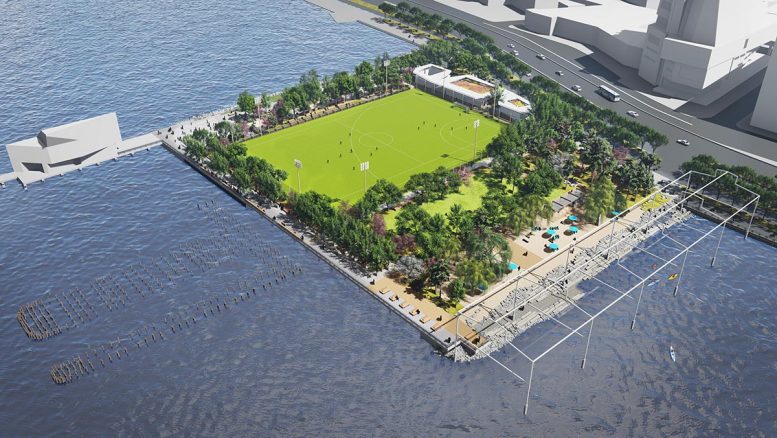 Hudson River Park Trust expects to begin construction this spring on Gansevoort Peninsula Park, Manhattan’s first public beach. Located on the Hudson River waterfront near Pier 53 at Little West 12th Street, the 5.5-acre project is expected to be completed by the end of 2023.

In January 2019, the Hudson River Park Trust comissioned James Corner Field Operations to complete the expanded park. The scope of work was well-received by Community Board 2 as well as city agencies.

In addition to the public beach, the peninsula will also include multiple kayak slips, a large lawn with ample seating, a large sports field, a salt marsh with habitat enhancements on the north side, a dog run, and on its western side, picnic tables and a large permanent installation coordinated by The Whitney Museum of American Art. From artist David Hammons, the structure is titled Day’s End and will take the shape of a warehouse formerly located on Pier 52. 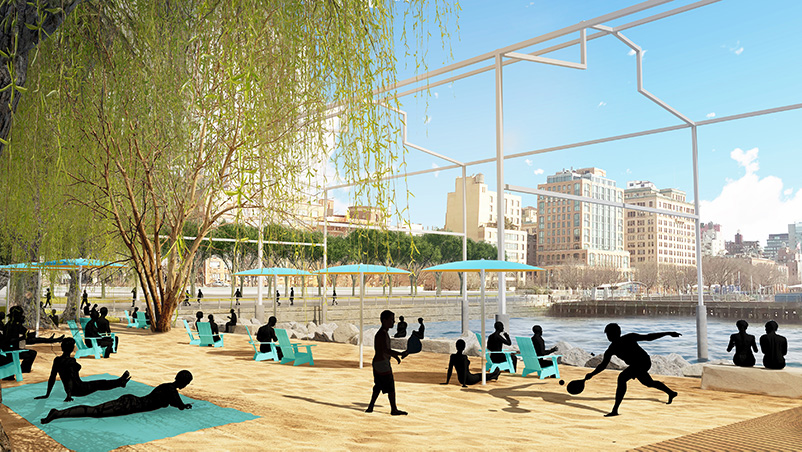 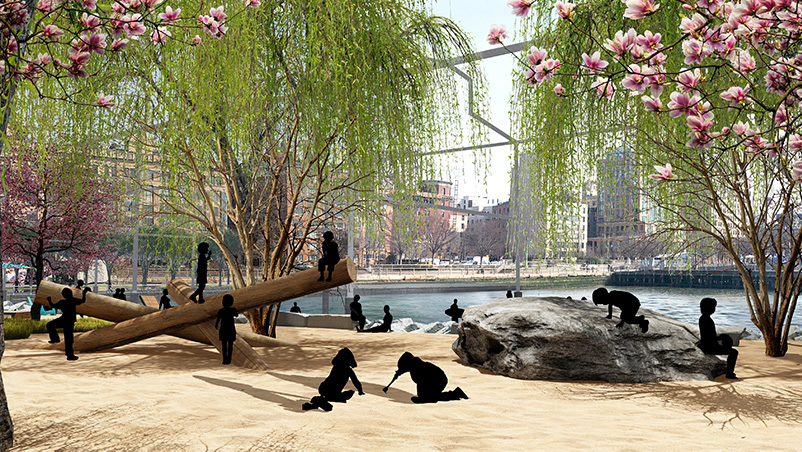 “Gansevoort Peninsula will be a spectacular public space for all New Yorkers, whether they’re enjoying Manhattan’s first public beach, playing on the ball fields, or looking out in the salt marsh,” said Madelyn Wils, president and CEO of the Hudson River Park Trust. “As Hudson River Park moves closer to completion, we are excited to be in position to start construction on one of our signature projects this coming spring. Thank you to our funding partner, the City of New York, for its support of what will be the largest single green space in Hudson River Park.”

Gansevoort Peninsula is just one of several ongoing projects underway at Hudson River Park. Construction costs for the new public areas draw financing from more than $1 billion of funds collectively provided by the City of New York, private partnerships, and donations.

In September, Hudson River Park Trust opened Pier 26, the first new public pier to open in the park in a decade to much acclaim. The park features a first-of-its-kind tide deck, a sunning lawn, a sports court for children’s play, and multiple lounge areas with sprawling views of the city skyline and Hudson River.

“We are thrilled that the trust is continuing to build on the success of the recently opened and very popular Pier 26 with the redevelopment of Gansevoort Peninsula,” said deputy mayor Vicki Been. “The city is proud to invest in expanding open spaces for New Yorkers and moving the Hudson River Park one step closer to completion.” 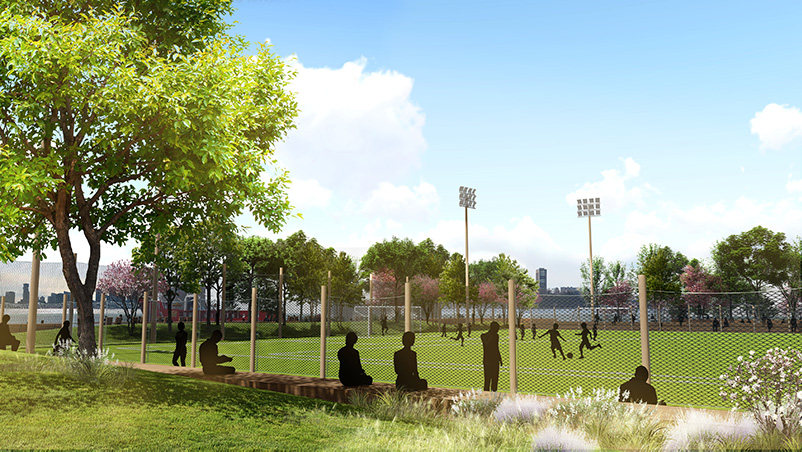 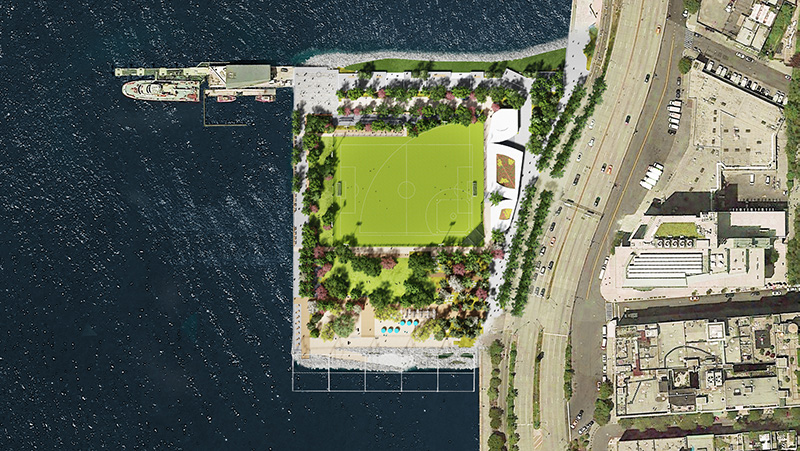