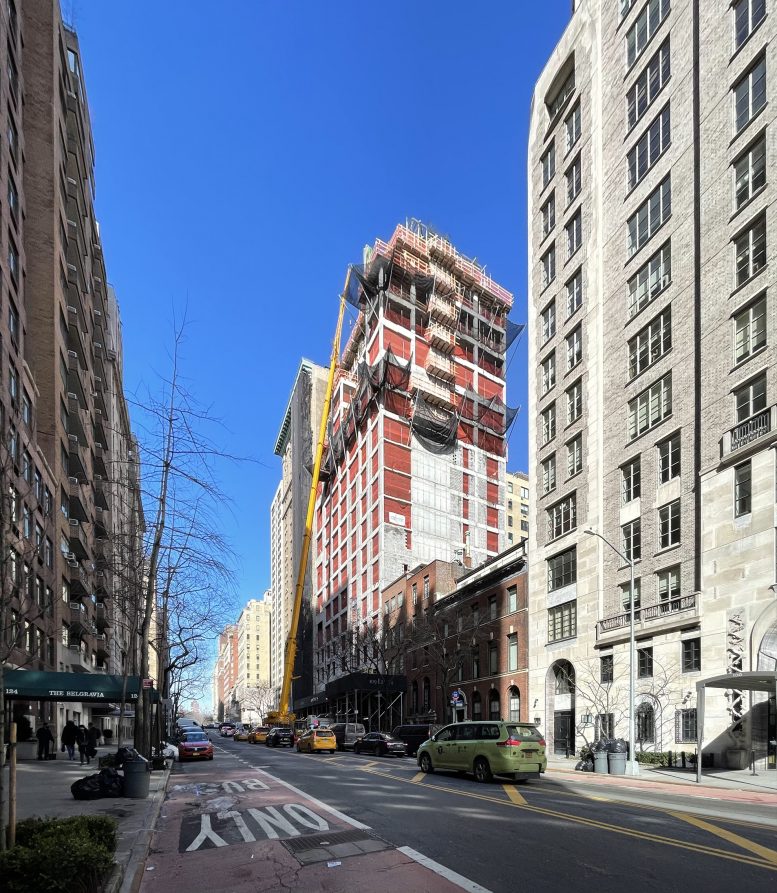 Construction is nearing topping out on 109 East 79th Street, a 20-story residential building on Manhattan’s Upper East Side. Designed by Steven Harris Architects and developed by Legion Investment Group, the 210-foot-tall structure will yield 145,000 square feet divided into 32 condominiums. Corcoran Sunshine Marketing Group is handling sales of the two- to five-bedroom residences, which will measure up to 6,000 square feet.

Recent photographs show the state of progress at the site, which is located between Lexington Avenue and Park Avenue. The reinforced concrete superstructure has risen considerably since our last update in December and is now closing in on the final floors. Wooden formwork and metal scaffolding support the most recently completed slabs, and orange netting steadily enclosing the open voids in the perimeter. Sidewalk scaffolding along East 79th Street bears the name and address of the property, while a long yellow telescopic boom was seen actively pouring concrete for the next story. Cinder block walls are filling in large sections of the eastern wall that abuts a row of low-rise buildings next door, leaving only several vertical strips for narrow window frames to go in. 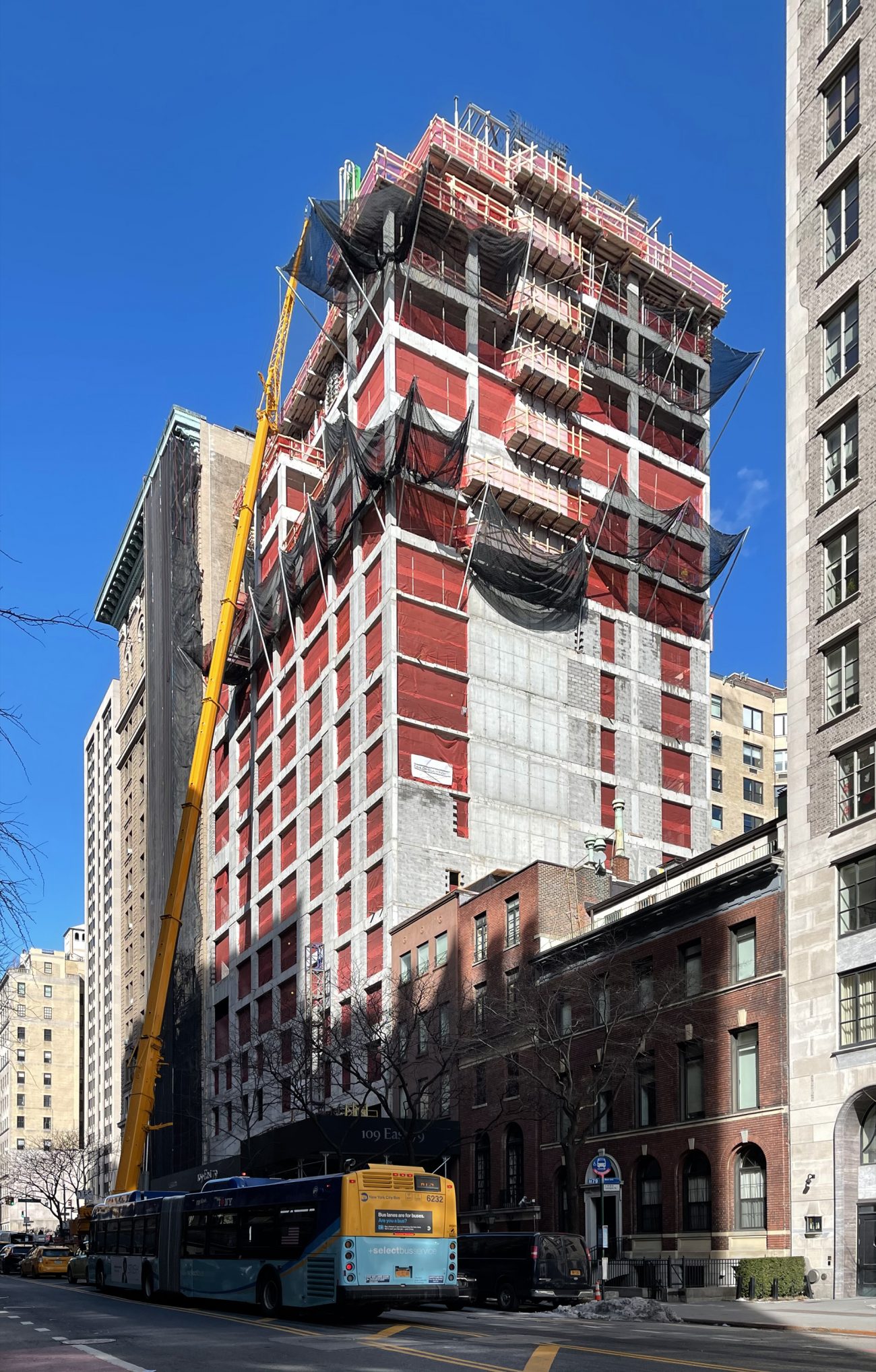 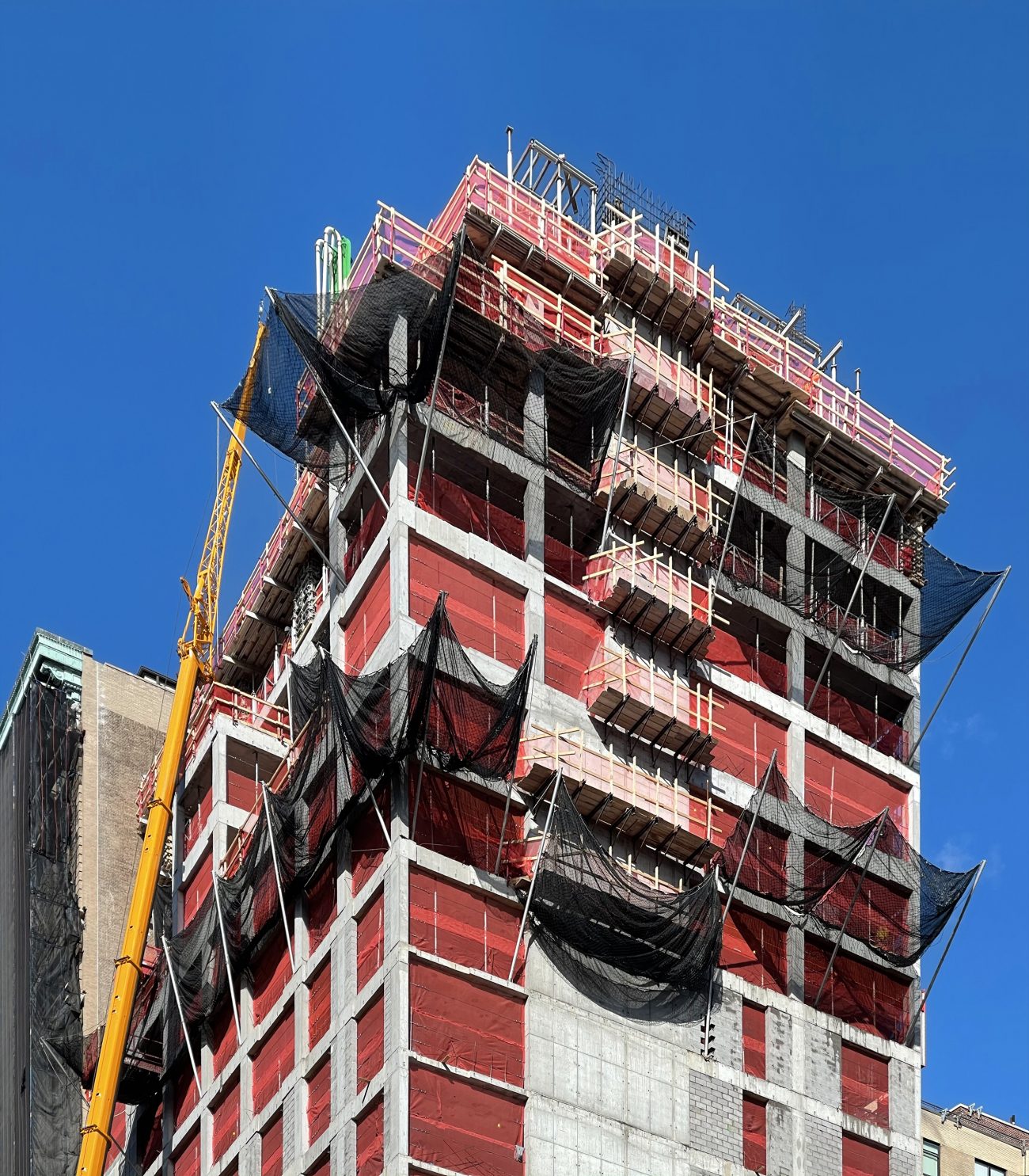 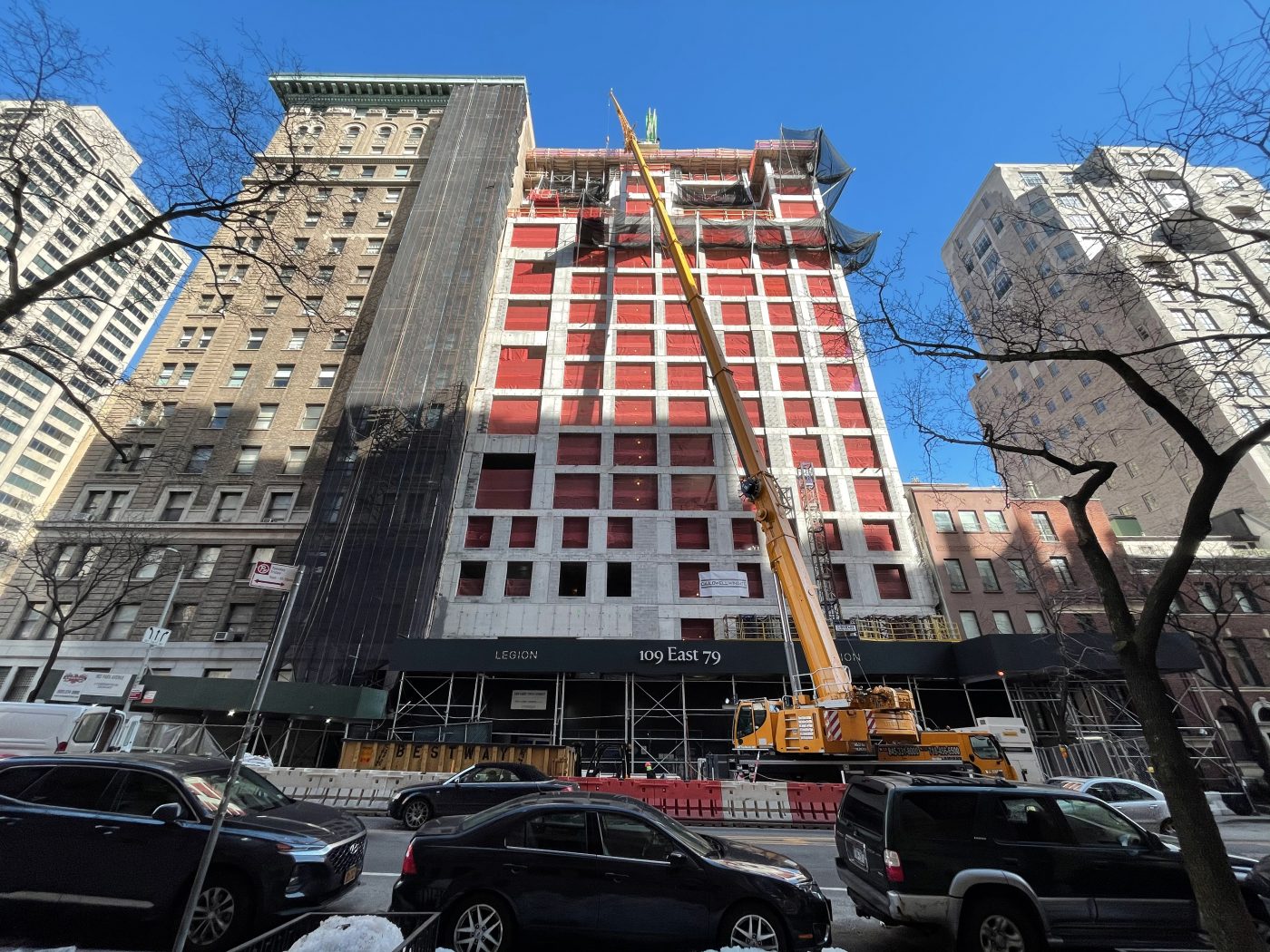 No official rendering of 109 East 79th Street has been released that shows the entire front profile of the edifice. However, YIMBY previously got a first look at the double-height main entrance that will sit under warm-colored glass paneling etched with a pattern of abstract lines. Two rounded marble columns flank the entrance, which is then surrounded by an exterior surface of white stone and windows with light-colored mullions. 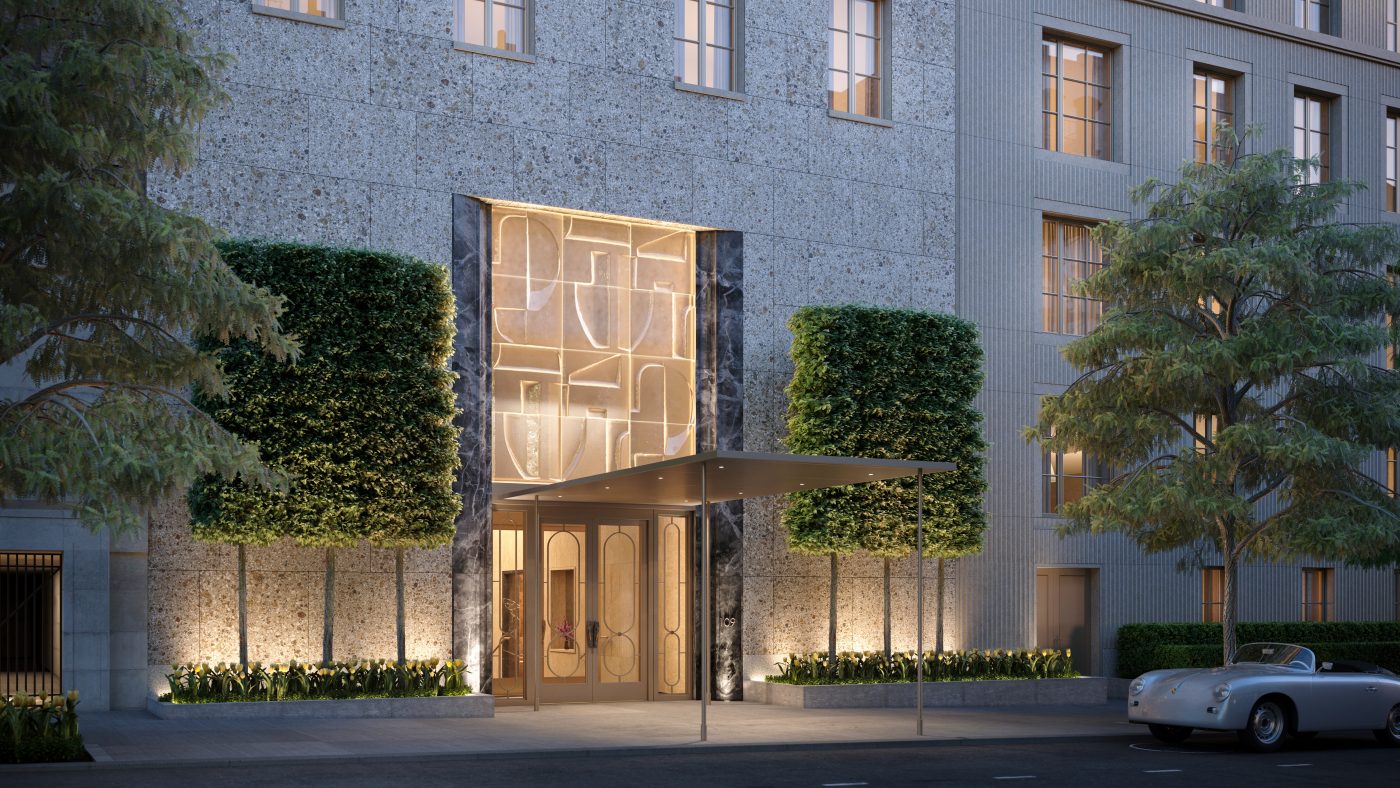 The crown also has yet to be revealed, but it looks like there are a couple of stepped setbacks that stretch the length of the building, culminating in a pair of chimneys and a central mechanical extension, as the axonometric diagram below represents. The dashed rectangular volumes on the southern profile represent protruding balconies for a select number of homes. 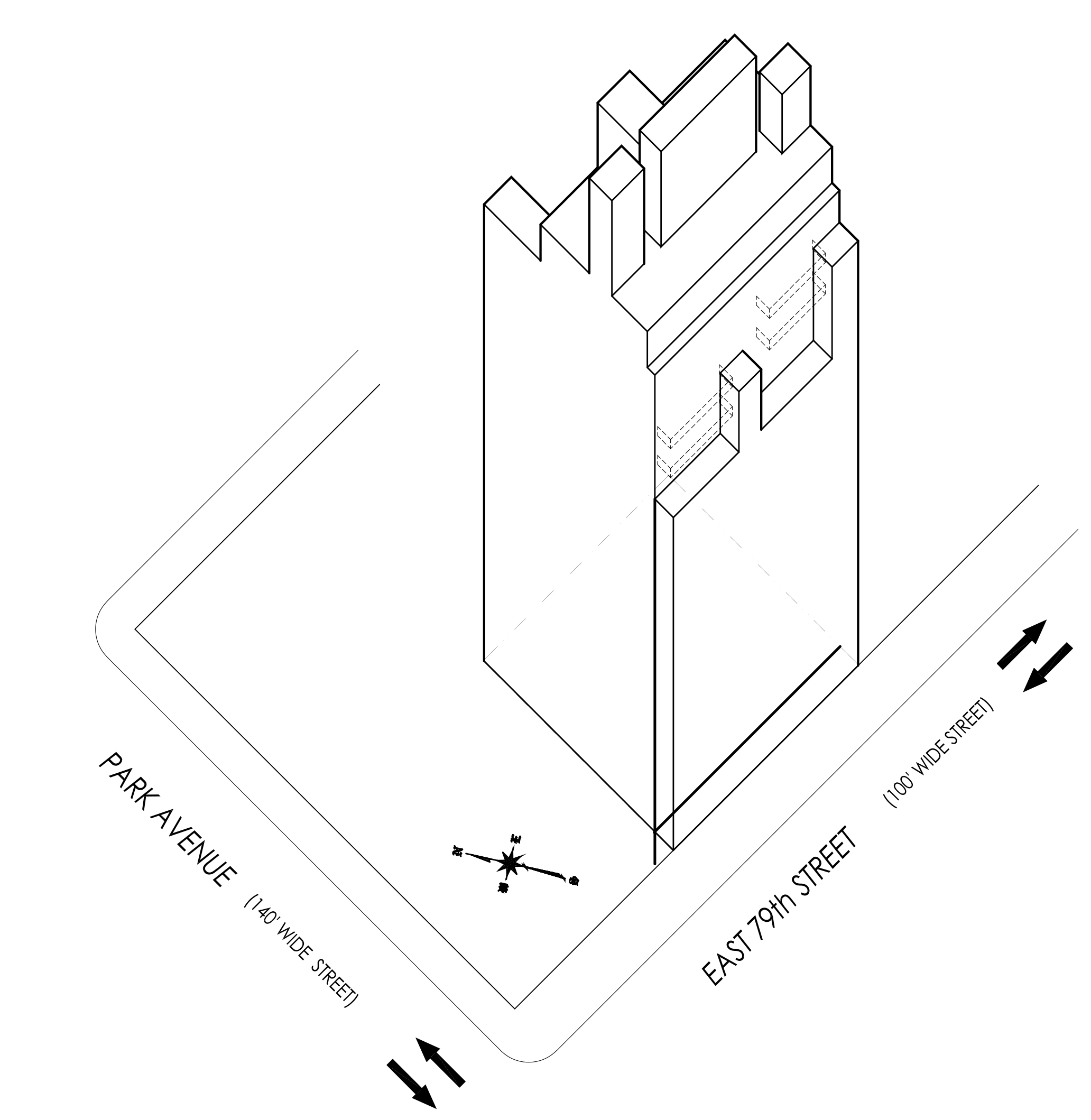 An interior rendering below gives us a view of a stepped-down living room, a key feature of the homes. Residential amenities for 109 East 79th Street will include a double-height lobby, an intimate lounge and library looking out onto a private garden, a double-height fitness center with a full squash court and yoga studio overlooking the garden, a spa with treatment rooms, sauna and hair salon, a screening room, and a fully equipped game room. 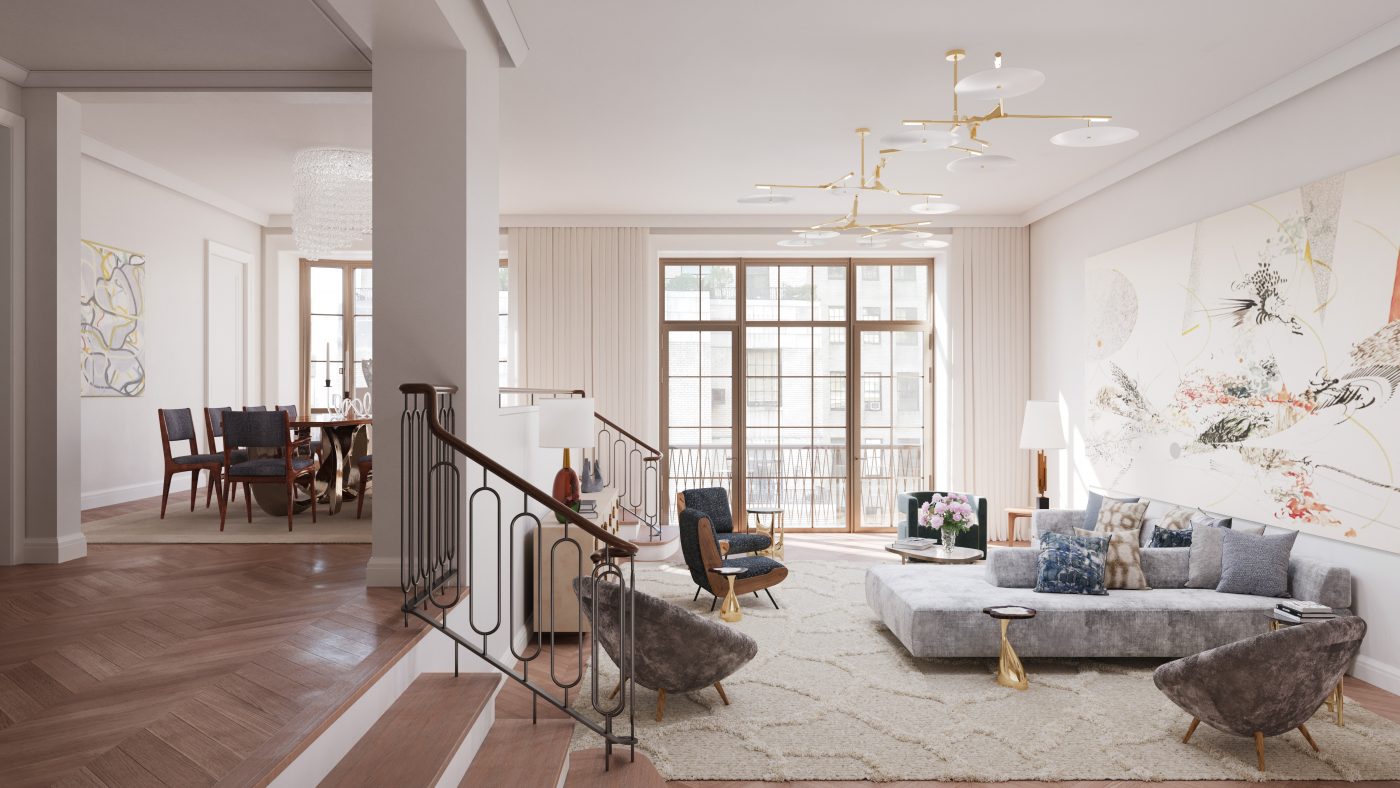