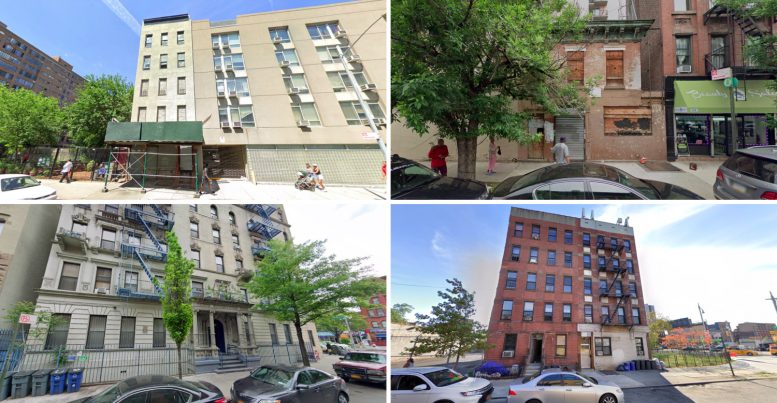 Four buildings under new ownership of The East Harlem El Barrio Community Land Trust (CLT) are currently undergoing construction to transform them into affordable apartments. Located at 53 East 110th Street, 201 East 120th Street, 204 West 121st Street, and 304 East 126th Street in Harlem, the project will yield 36 rental apartments and three commercial spaces. CLT will own the land and lead the renovation project, and is joined by Mutual Housing Association and the Department of Housing Preservation and Development (HPD) in this $13.2 million deal.

As part of the deal, the city is providing a 40-year Article XI tax exemption, $7 million capital subsidy, and transferred land ownership to the community land trust. After renovations, the  CLT  will enter a 99-year ground lease with the mutual housing association with the rents for current residents set for a typical family of three earning $36,000. For the vacant apartments, rents will be affordable for a typical household of three earning up to $102,000.

Ten percent of the units will be allocated for formerly homeless residents. An unspecified number of units will be renovated for mobility and vision-impaired residents. Potentially additional Section 8 resources will go to allocating more units as affordable to three-member households with a maximum income of $51,000.

“East Harlem’s El Barrio CLT is helping us chart new territory when it comes to community-driven affordable housing development while delivering long-term stability and affordability to East Harlem and its residents,” said Louise Carroll, HPD commissioner. “We are proud of all the great work that brought us to this milestone and are grateful to our partners at Enterprise, Banana Kelly, the Mutual Housing Association, CPC, and CATCH for their commitment to this project and the East Harlem community.”

The East Harlem El Barrio CLT model will have a board of tenants, community members, and nonprofit leaders overseeing management for the four buildings, and operate the development as an affordable rental mutual housing association project.