295 Fifth Avenue in Midtown South will soon receive a $350 million redevelopment at the hands of Tribeca Investment Group, PGIM Real Estate, and Meadow Partners. The full-block, 16-story “Textile Building” will have 700,000 square feet of updated office space. Studio Architecture is responsible for the design and CBRE is handling marketing. 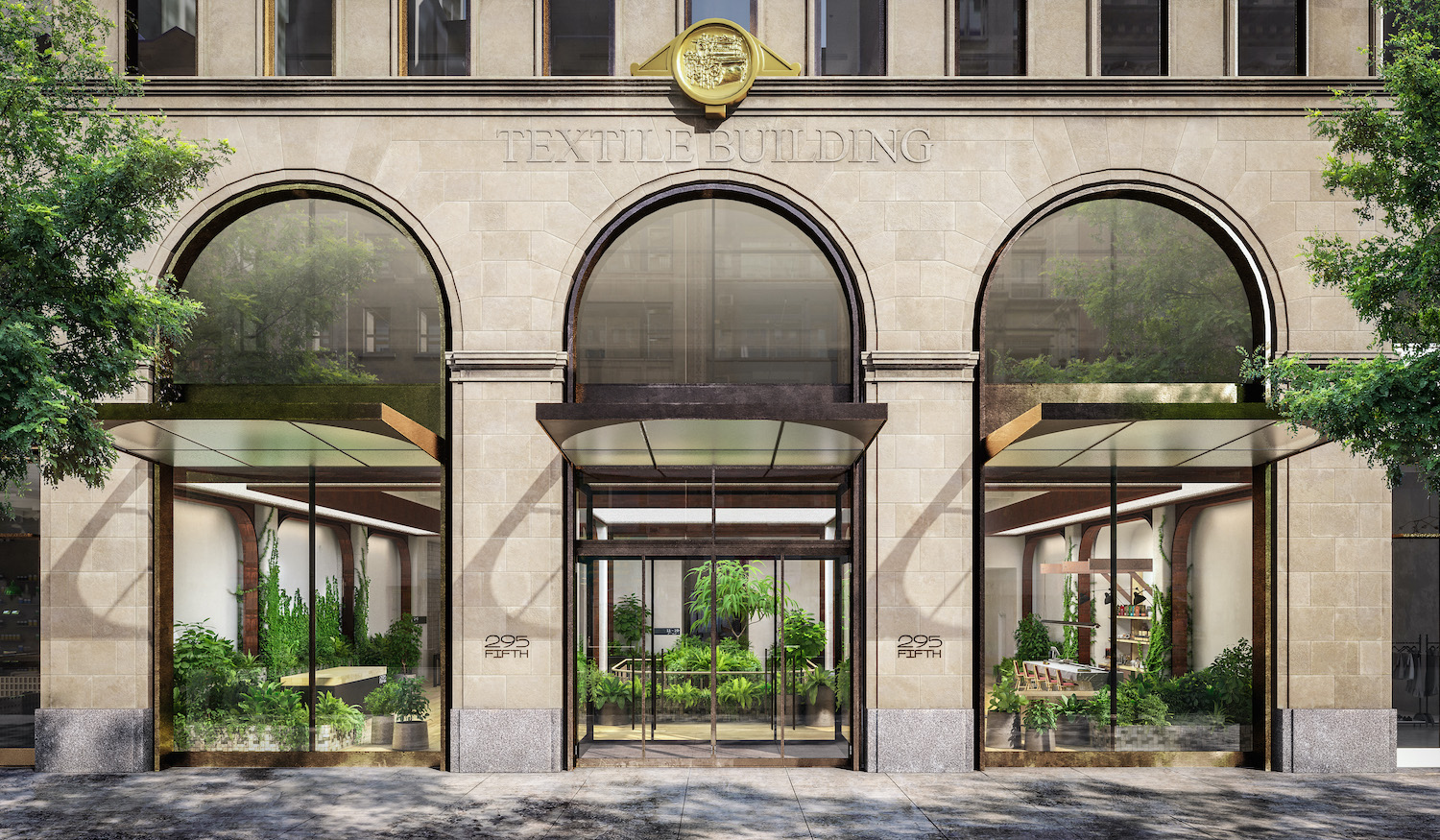 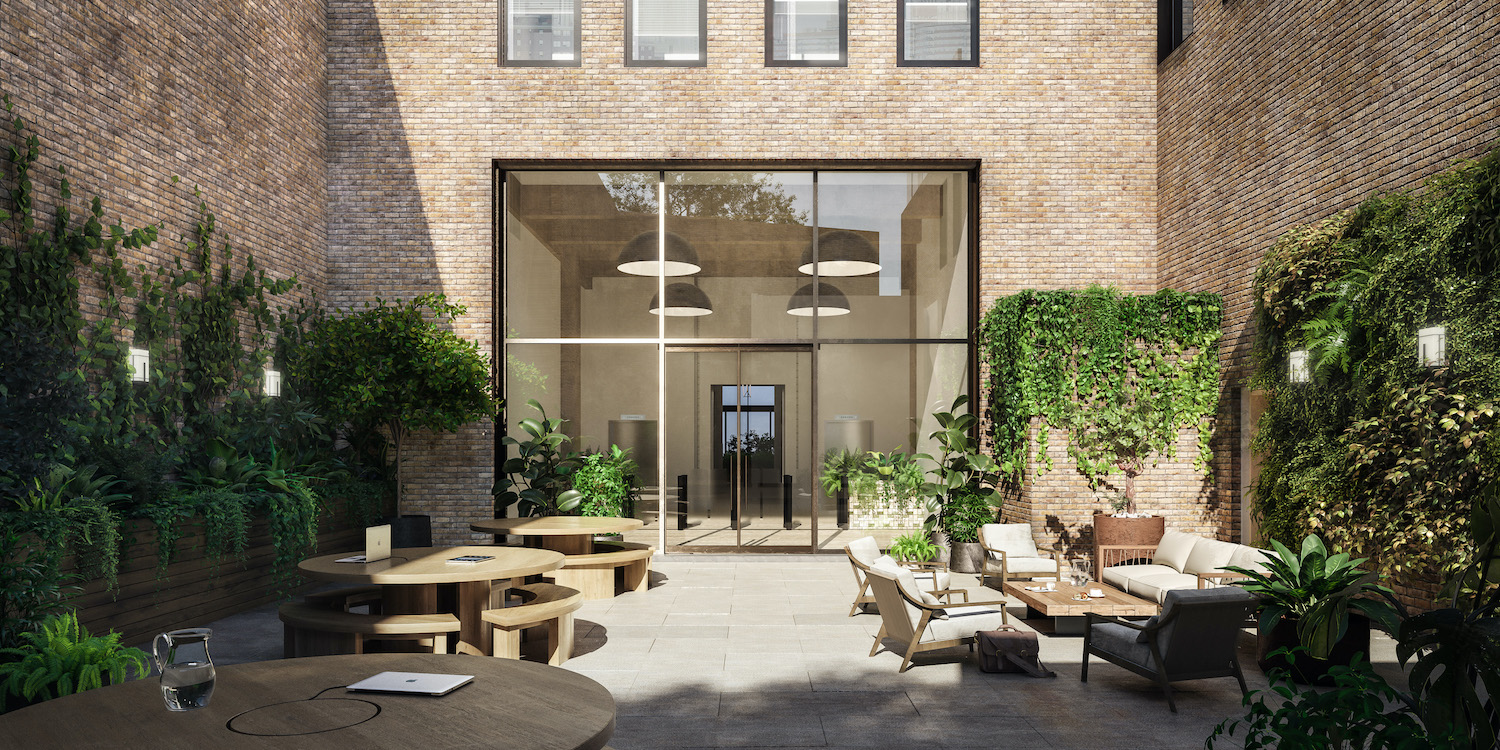 “From day one we were inspired by the history and uniqueness of this building,” said Elliott Ingerman, TIG founding principal. “It’s rare that a full-block building with such a storied past also offers a strong foundation to be redesigned for the modern workforce. By taking the existing structure and reimagining it for today’s talent—adding outdoor work spaces, creating light-filled office floors, and infusing hospitality-driven design principles—we’re taking the foundation of the building and creating something completely unique.” 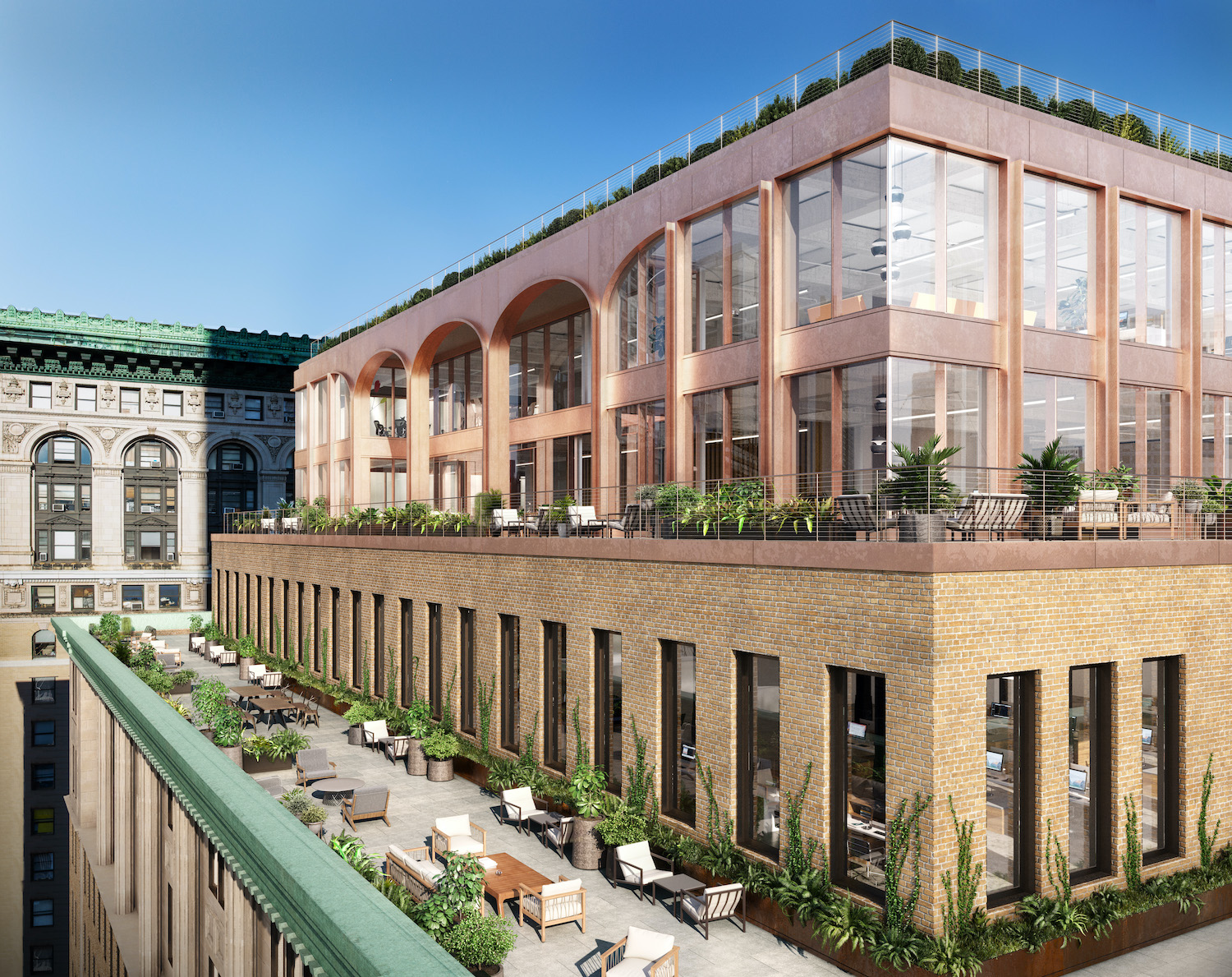 The most significant change for the 100-year-old building is the addition of a two-story, 34,000-square-foot penthouse atop the structure. Infrastructure upgrades include elevators, new window systems, and air conditioning and heating systems. Ground-floor archways will receive a floor-to-ceiling glass treatment as well as metal panels that complement the brick façade. Various outdoor terraces and green spaces are also visible in the renderings.

A first-floor courtyard also offers more natural light to tenants, as well an option for open-air workspace. Other amenities include flexible floor plates, 12- to 18-foot ceiling heights, specialty floors, and an updated lobby designed by Studio MAI. The new lobby will have a cafe and library in addition to courtyard access and the traditional check-in area. 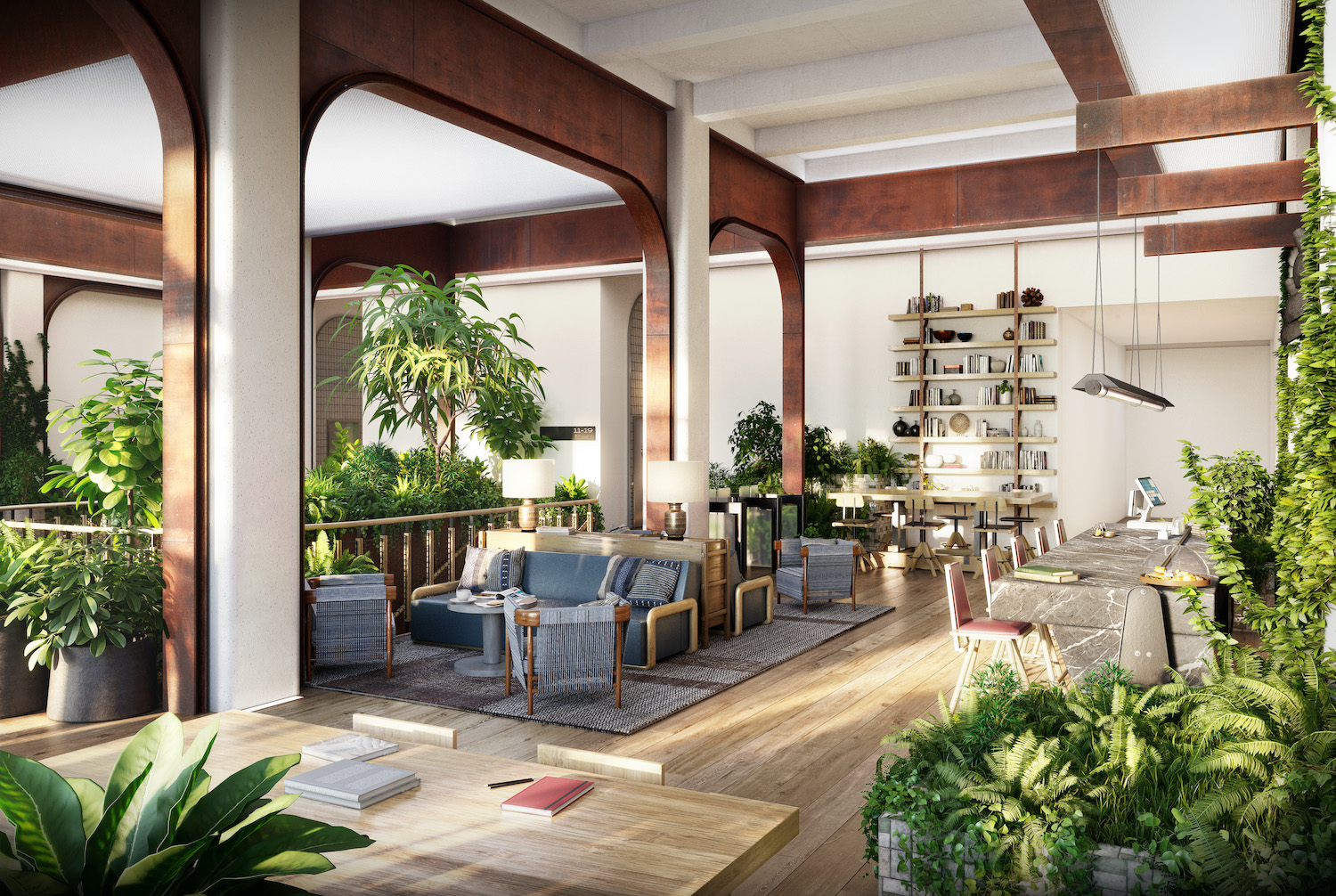 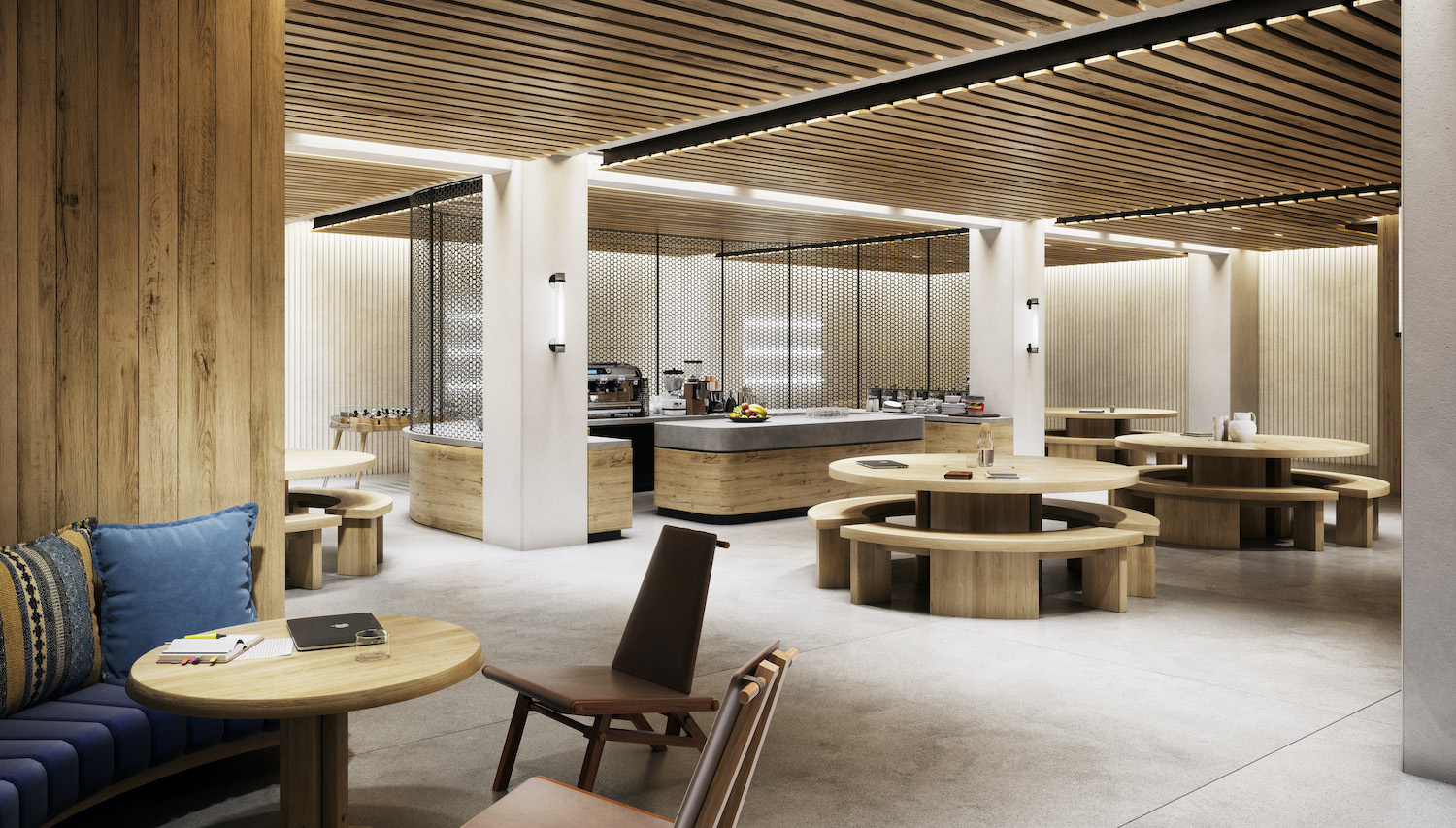 “With the addition of the penthouse, 295 Fifth Avenue becomes an absolute jewel in Midtown South,” said David Burns, principal at Studios Architecture. “By maintaining the original building’s character and creating something more than a glass cube for the podium floor, we’ve combined the essence of classic New York with modern necessity. The garden terraces feature expansive and rarely seen views across Midtown South.”

295 Fifth Avenue will be ready for tenant construction in the first quarter of 2022 and open for occupancy by the third quarter.