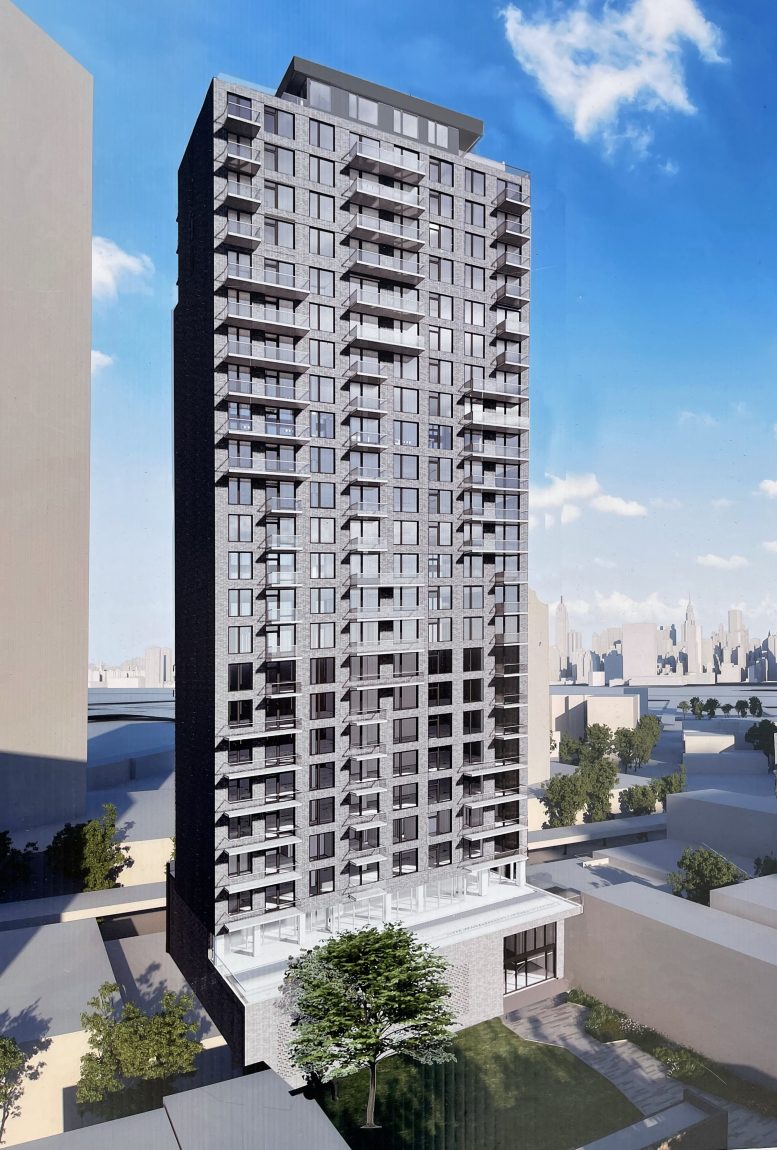 Excavation is underway at 45-30 Davis Street, the site of a 20-story residential tower in Long Island City, Queens. Designed by Marvel Architects and developed in a joint venture between ZD Jasper Realty and Ascent Development, the 136,648-square-foot structure will stand 300 feet tall and yield 13- condominiums and 15 parking spots on the first floor. The site is located off Jackson Avenue between Pearson Street and Davis Street, a short walk from the Court Square station that services the 7, E, M, and G trains.

Recent photos show excavation making its way below street level as piling work commences on the property, which was once occupied by a one-story 1930s warehouse along Davis Street and a couple of low-rise homes and large trees lining Pearson Street. 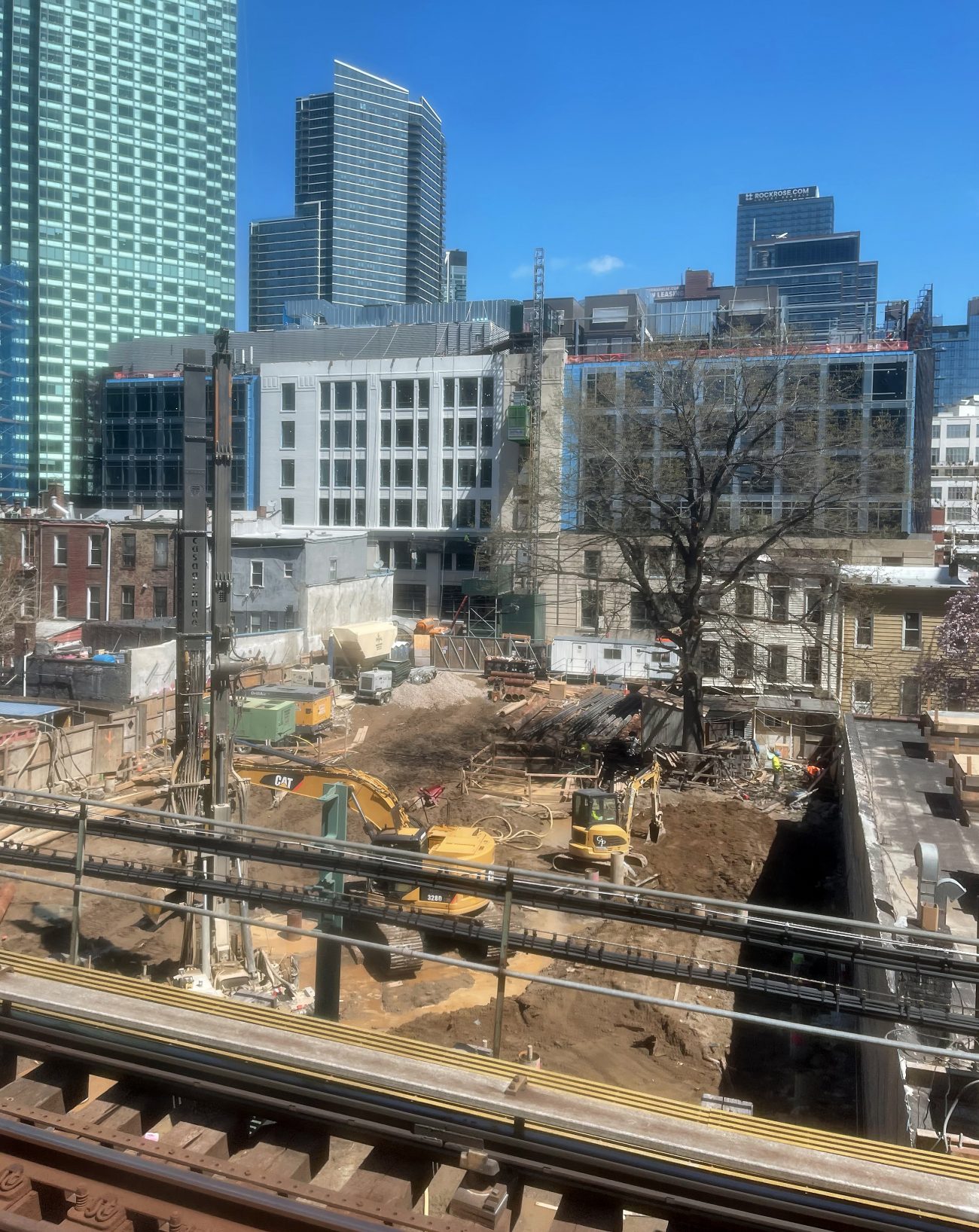 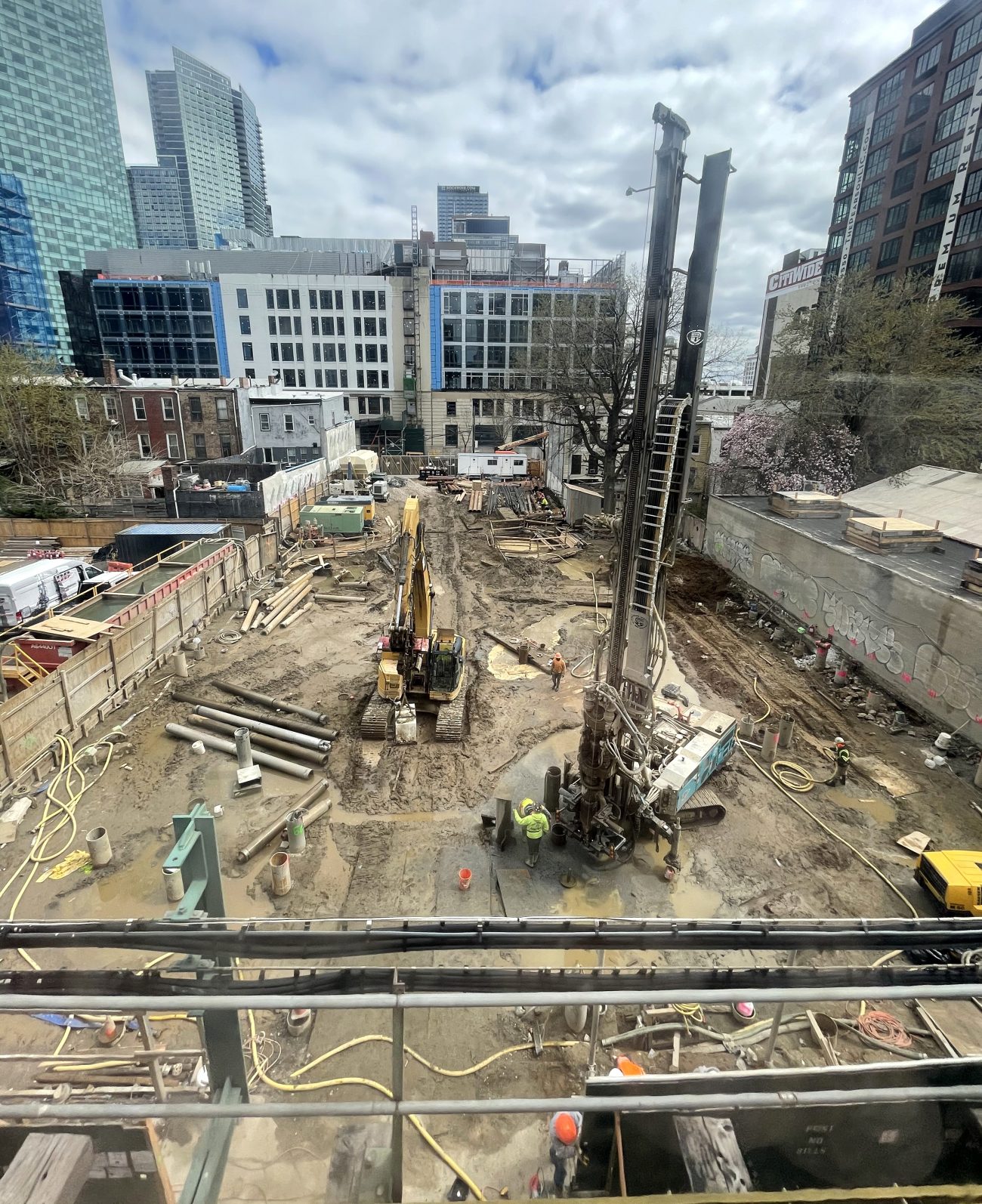 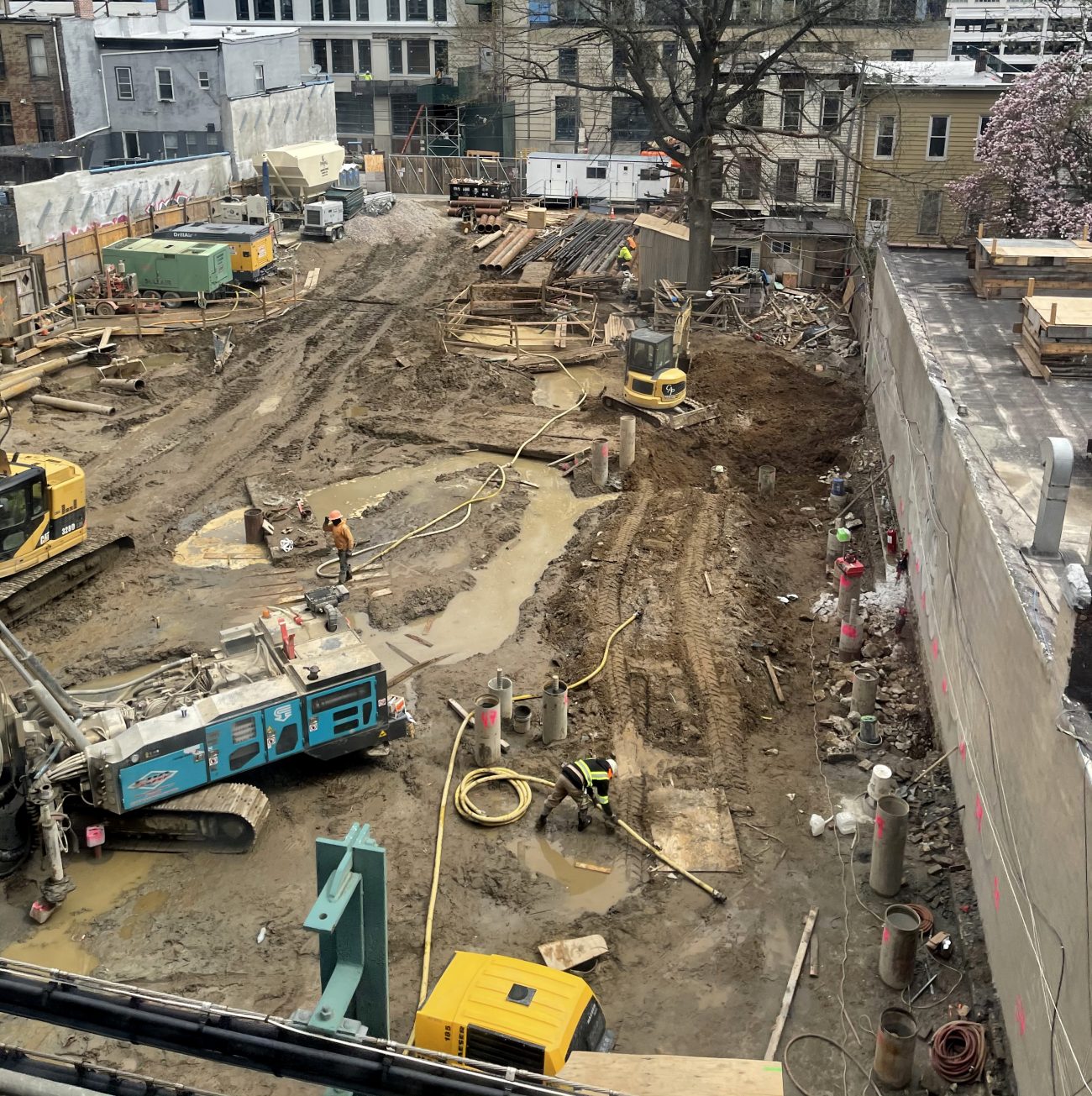 The rendering in the main photo shows a rectilinear building massing with a symmetrical grid of floor-to-ceiling windows and balconies. An assembly of gray brick will wrap around the perimeter, while the top is capped with what looks like a one-story extension that opens up to two outdoor terraces lined with glass railings. These walls are depicted clad in dark metal panels that contrast with the brick masonry making up the majority of 45-30 Davis Street’s fenestration. It’s safe to assume that the unseen southern profile has the same exterior appearance.

The building footprint of 45-30 Davis Street looks to be pushed back by a geometrically angled pathway, an adjacent green lawn, and a wall dividing the landscape and sidewalks along Pearson Street. The first floor of the structure also seems to have a mostly blank light-colored brick wall and will include a dynamic brick motif diagonally casting shadows that look similar to a basket weave pattern.

YIMBY was informed that a completion target of March 2023 is the current goal for 45-30 Davis Street.