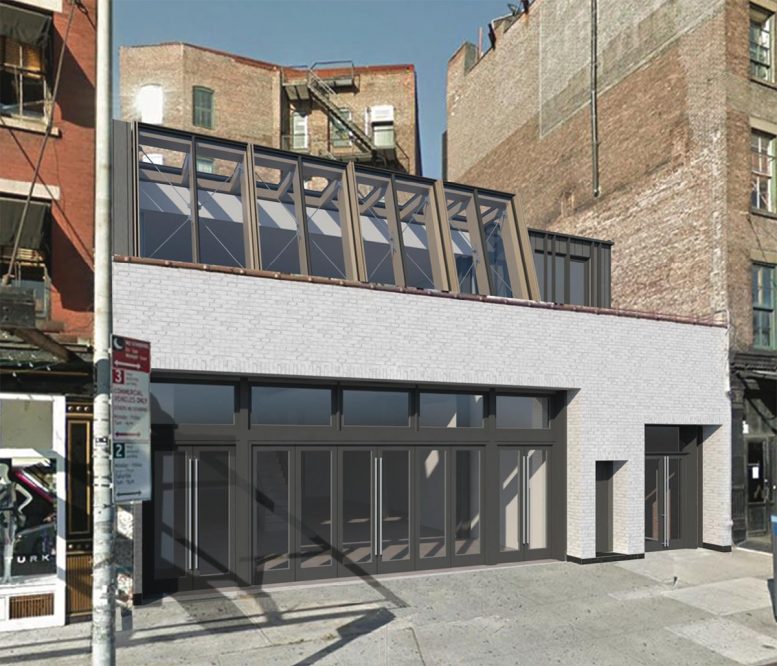 BKSK Architects again appeared before the Landmarks Preservation Commission (LPC) seeking approvals for a single-story addition and storefront infill at 63-65 Gansevoort Street in Manhattan. Considering the property’s location in the Meatpacking District, also referred to as the Gansevoort Market Historic District, the project required a Certificate of Appropriateness from the LPC. 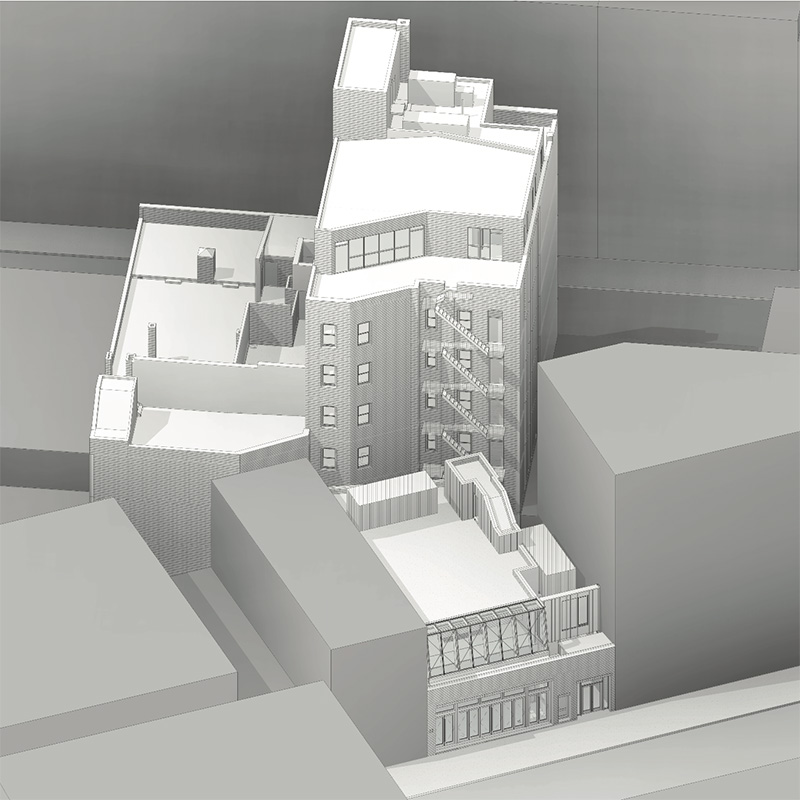 The original property was completed around 1939 by architect Albert K. Wilson and functioned as a garage. Initial proposals to modify the existing structure were presented in February 2021, at which time the majority of the commissioners felt that the single-story skylight resembled designs more commonly found in Los Angeles than the Meatpacking District.

Commissioner Chair Sarah Carroll directed the project team to rethink the size, scale, and articulation of the addition and its relationship to the existing building.

“I hear the architect saying that it is paying homage to the garage, but I am not seeing it,” added Commissioner John Gustafsson, a retired lawyer and current member of the LPC. “Garages do have a style and part of it is the grunge. When you infill it as they have with traditional storefronts, the garageness is gone.” 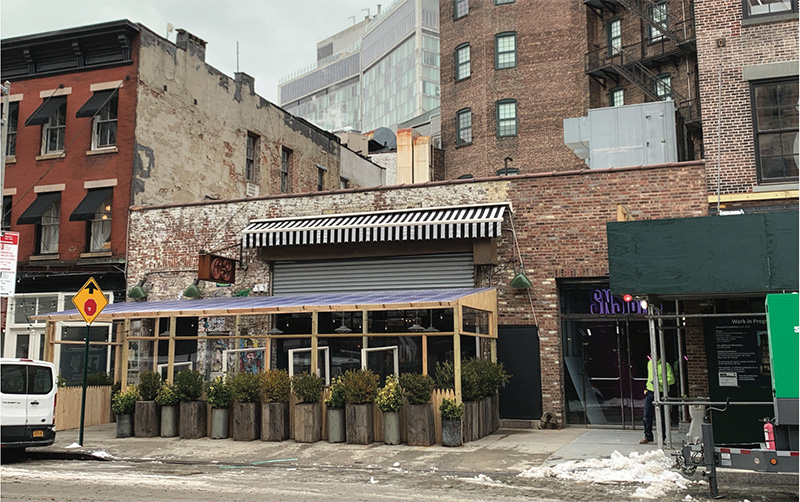 In response the architects have lowered the height of the second-floor glass enclosure by approximately two feet. The slanted steel framing will remain mostly unchanged, as will the building’s ground-floor brick façade.

The steel framing on the ground floor, also changed, is now a dark gray steel with additional vertical partitions an increase in the number of entryways.

At present, the proposals are listed as “Under Review.” A project or construction timeline has not been confirmed.