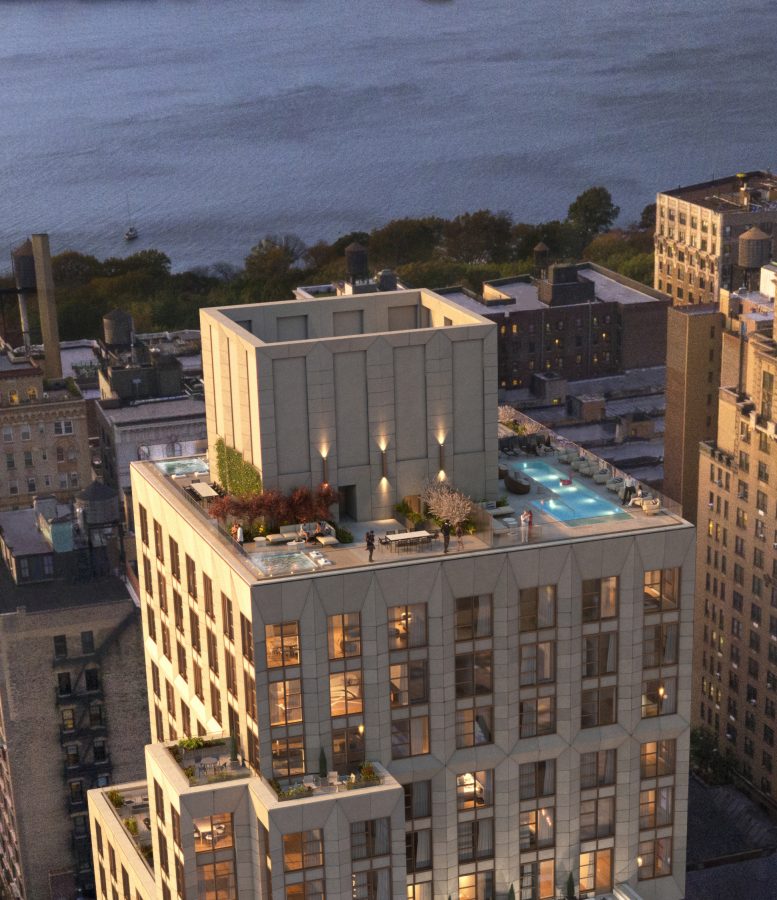 New renderings have been released for Era, a 20-story residential building at 251 West 91st Street on Manhattan’s Upper West Side. Designed by ODA and developed by Adam America Real Estate and Northlink Capital, the property is located at the corner of West 91st Street and Broadway and will yield 57 units in one- to five-bedroom layouts ranging from 887 square feet to 3,524 square feet. Reuveni Real Estate is leading sales and marketing for the homes, which will cost between $1,625,000 to $11,250,000.

The aerial rendering depicts the top floors of Era and its highly anticipated rooftop swimming pool, the only one of its kind on the Upper West Side. The roof deck will also feature recreational and lounge areas alongside unobstructed 360-degree views of the surrounding neighborhood, the Hudson River, Central Park, and the Midtown skyline. Two separate smaller pools can also be seen on the southern corners.

The mechanical extension is thoughtfully integrated into the design of Era, with the box-shaped volume clad in the building’s signature façade, and adorned with light fixtures and climbing landscaping.

The below rendering of the pool is oriented north, highlighting the views of the Hudson River beyond the glass railing. 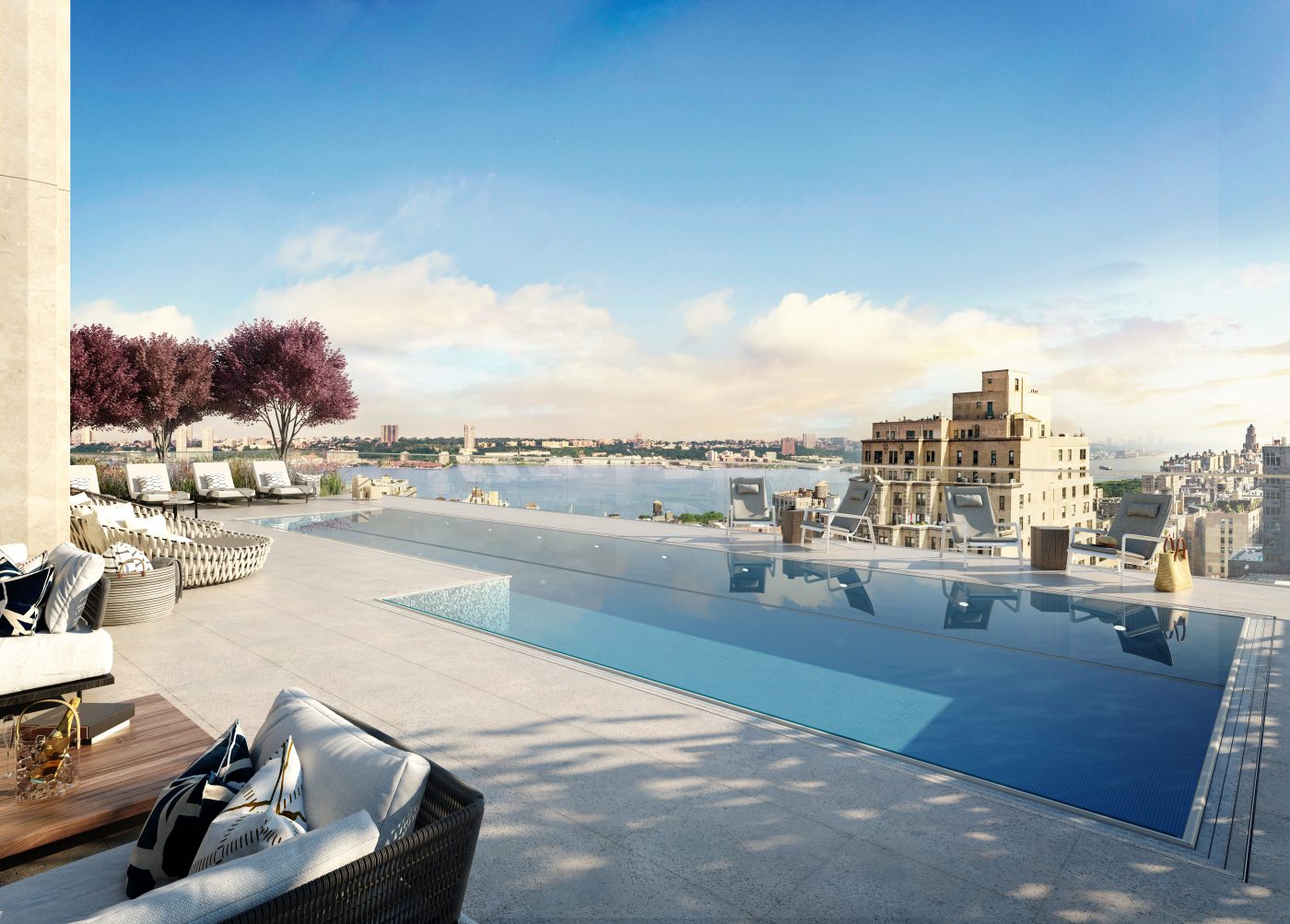 Era at 251 West 91st Street. Rendering by Visualisation One.

A street-level rendering gives us an idea of the main entrance for 251 West 91st Street. Occupants will enter underneath a canopy and envelope made of bronze-colored trimmings and grilles, floor-to-ceiling windows, and chevron-patterned stone panels running up the exterior of the edifice. 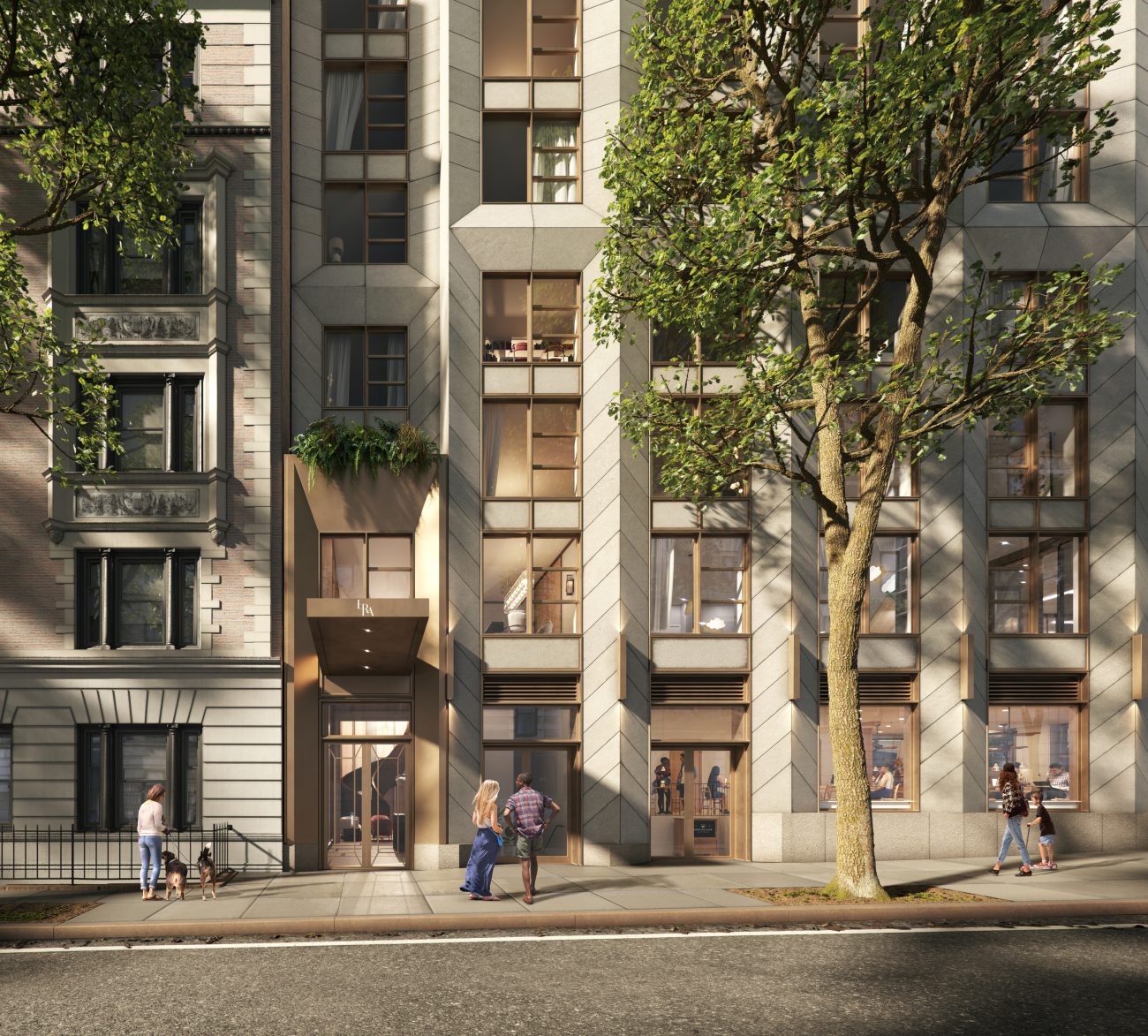 Other amenities include a 24-hour concierge, a fitness center and yoga studio, a private library and lounge, a children’s playroom, a youth gaming room, a music room, a bicycle storage room, a pet grooming station, and private storage units available for purchase.

Sales are expected to launch sometime between this spring and summer, while construction will likely finish sometime next year.