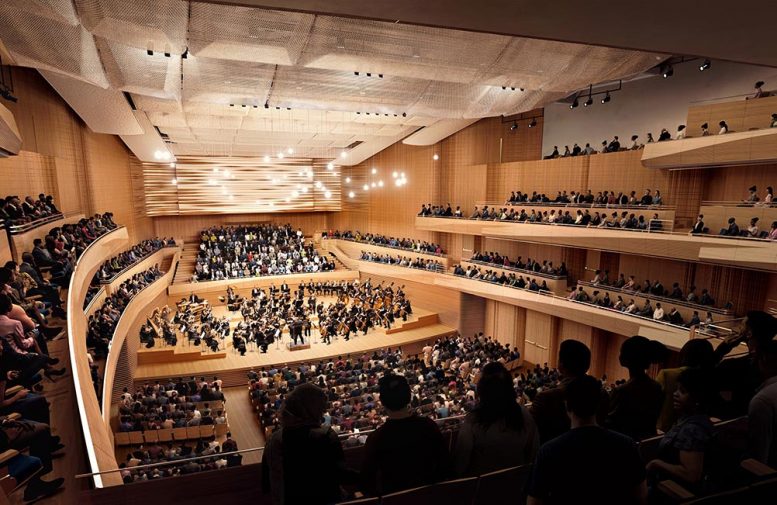 Lincoln Center and the New York Philharmonic have revealed new renderings of the $550 million renovation of David Geffen Hall on Manhattan’s Upper West Side. The project is now on schedule to reopen to the public in fall 2022, nearly two years earlier than previously announced.

“The goal of accelerating this project is to invest in New York City at a time when we all have a part to play in its recovery,” said Katherine Farley, chair of Lincoln Center for the Performing Arts. “In doing so, we are creating not just one of the world’s best cultural venues, but a space that welcomes our broader community.”

In the long term, the project is expected to generate more than $600 million in project-related economic activity through construction and into fall 2022. This includes an estimated 6,000 jobs throughout the city and state, of which 3,000 are directly related to construction. 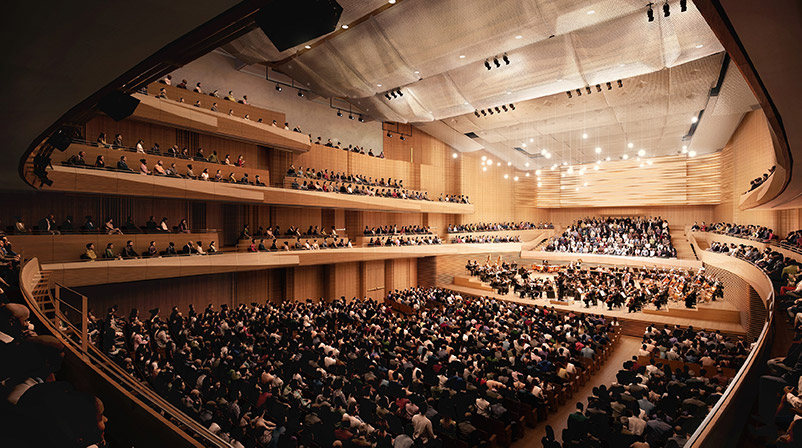 As previously reported by New York YIMBY, David Geffen Hall was originally designed by architect Max Abramovitz and completed in 1962. Minor renovations of the structure were completed in 1976 and again in 1992 to correct well-documented flaws to the venue’s acoustic performance. Both initiatives failed to fully address these issues.

While overall seating capacity will be reduced by 500, leaving a total of 2,200 seats, the design team has reoriented seating incline to improve sight lines and acoustics. The hall will also offer improved ADA access, significantly more bathrooms, new lounge areas, and an expanded “Grand Promenade” on the second floor. The lobby will also double in size from its original configuration, and feature a new media streaming wall and a welcome center.

Updated interior renderings reveal wrap-around seating that surrounds the orchestra, resurfaced walls to improve acoustic performance, as well as ceiling-mounted acoustic sheaths that cascade down from the back of the theater to the rear orchestra seating areas. The stage has also been moved forward 25 feet. 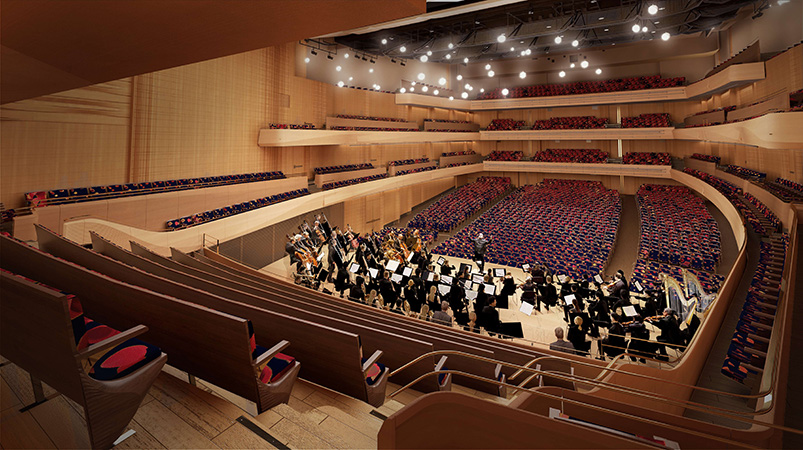 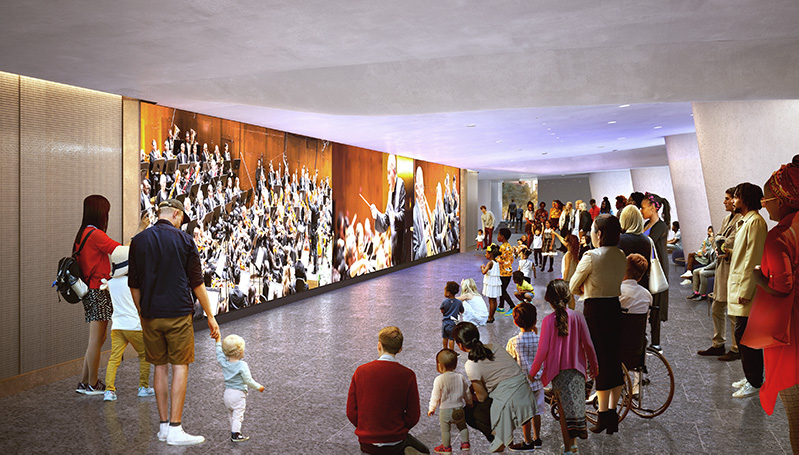 To date, $500 million, or over 90 percent, of the $550 million project budget has been raised, the vast majority from private sources. First Republic Bank is providing bridge financing support.

“Supporting the arts takes on a new, deeper meaning at this moment in history,” said Peter May, board co-chairman of the New York Philharmonic. “It has been a long road to securing an advanced, cutting-edge home for the New York Philharmonic; New York’s hometown orchestra deserves the best. With its new design incorporating true warmth and beauty, this hall will serve generations to come.”