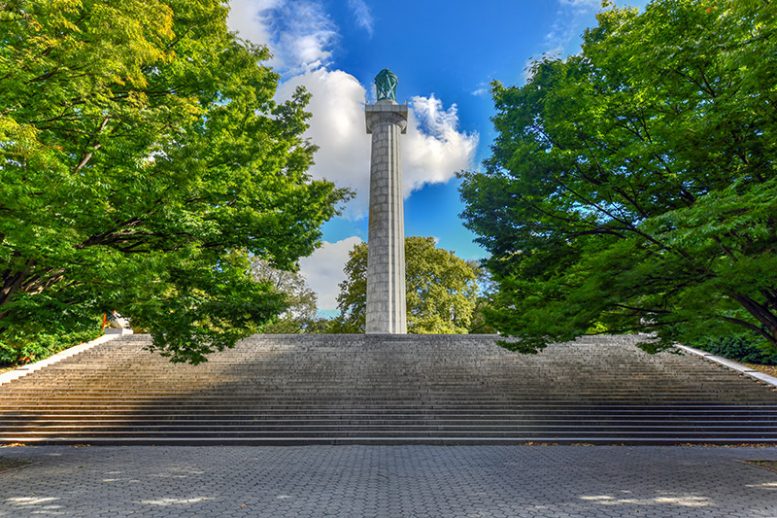 This week, the Landmarks Preservation Commission (LPC) will review proposals to construct new pathways and modify pedestrian circulation within Brooklyn’s historic Fort Greene Park. The goal of the project is to create an improved pedestrian connection to the park’s Prison Ship Martyrs’ Monument, improve ADA accessibility within the park, repair damaged asphalt paths, and mitigate anticipated erosion of existing pathways.

Dating back to 1867, Fort Greene Park was originally designed by Frederick Law Olmsted and Calvert Vaux, the same landscape architects responsible for Central Park in Manhattan and Prospect Park in central Brooklyn. The pedestrian pathways in Olmsted and Vaux’s original plans for Fort Greene Park were more connected compared to existing conditions and slowly meandered up to the monument plaza.

Since that time, the park’s circulation has been modified by different design teams and now includes a stairway up to the monument plaza. The plaza was also expanded and now includes an east and west wing surrounding the monolith. In 1972, much of the Olmstead path system was removed leaving only one path that connects the plaza to lower levels of the park. 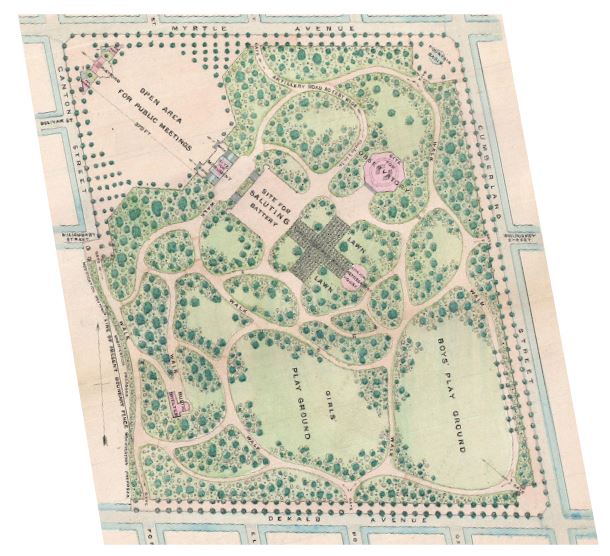 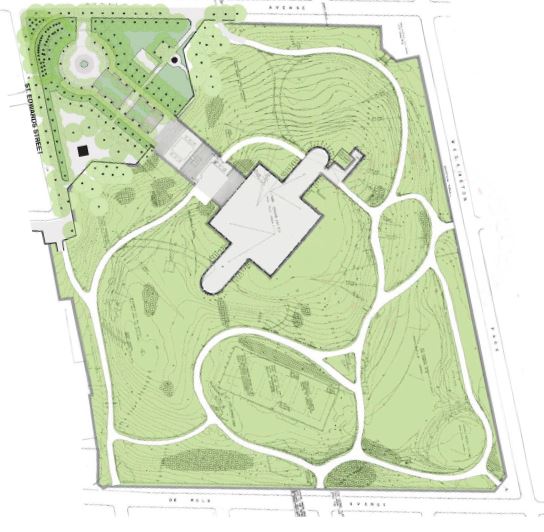 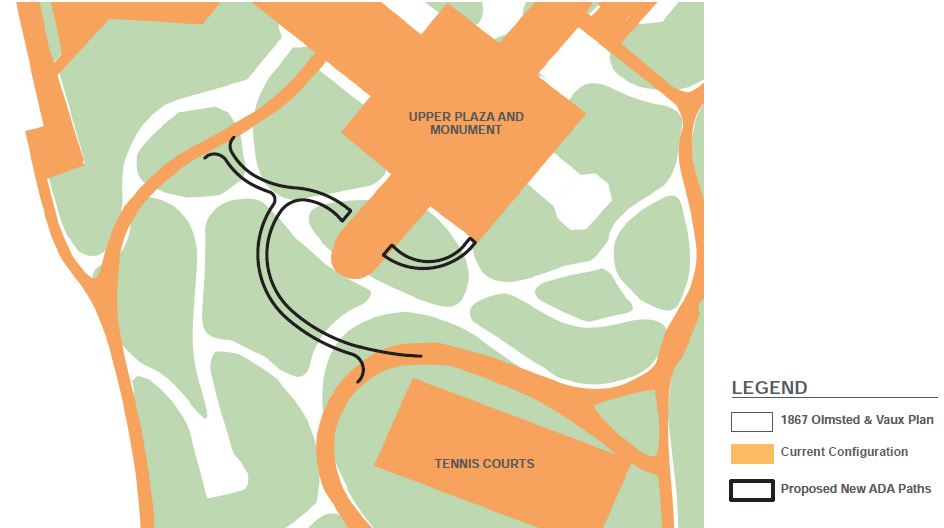 Current proposals call for an ADA-compliant path that connects to the western wing of the monument plaza. This configuration takes advantage of existing sloped topography to maximize accessibility. To reduce the impact of erosion on the pedestrian paths, the Parks Department plans on installing granite block edges to catch runoff, prevent scouring of pathway edges, and direct runoff channels that route water into stormwater management systems.

The proposed scope of work also includes the removal of unhealthy trees, the installation of new trees to provide additional shaded areas, ornamental plants, metal handrails along the new ADA-compliant pathway leading up to the western wing, and new lampposts to improve park security. 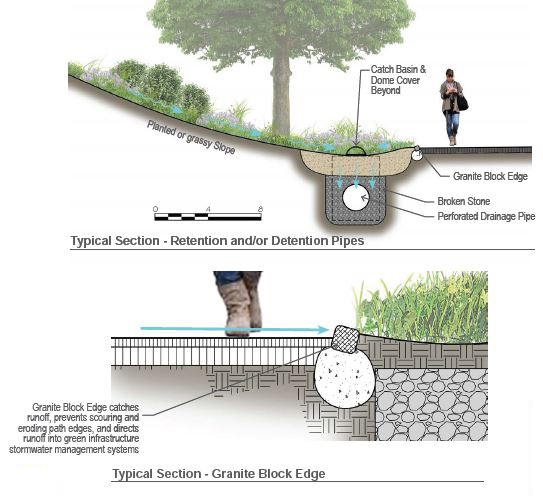 The commissioners are scheduled to review the proposals on Monday, June 21. While the park is located within the Fort Greene Historic District, the LPC only maintains an advisory role for the proposed project. The New York City Department of Parks & Recreation has higher authority over matters related to public park maintenance and remediation.

A construction timeline is not available at this phase of the project.