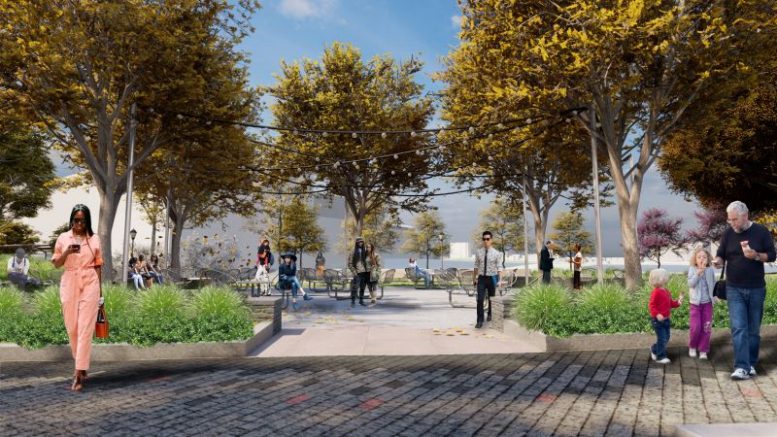 Hudson River Park Trust has kicked off construction for phase two of the Chelsea Waterside Park Expansion Project. Wedged between 23rd Street, Eleventh Avenue, and the West Side Highway, the project site will eventually include a permanent picnic area, new public restrooms or comfort stations, an expanded turf field for sports, a small concession stand, and an expanded dog run with pet-accessible fountains.

The environmental upgrades are designed by Abel Bainnson Butz Landscape Architects and CDR Design Studio Architects and include the reduction of paved spaces, more plant life, and improved public access to open green spaces. With a focus on renewable energy, plans also call for the installation of solar power panels on the roof of the public restroom, water-efficient fixtures, LED lighting, and infrastructure for stormwater retention.

“Greenspace is undeniably critical to the vitality and social fabric of New York City,” said Vicki Been, deputy mayor for Housing and Economic Development and chair of the Hudson River Park Trust. “As we look to phase two of Chelsea Waterside Park, we celebrate the efforts of community members and advocates who came together to make our city more accessible, beautiful, and relaxing for New Yorkers and their families.”

Total construction costs for phase two of the Chelsea Waterside Park expansion are estimated at $13 million. New York City Council speaker Corey Johnson provided $5.2 million for the project, in addition to the $900,000 previously committed for phase one improvements. Manhattan borough president Gale Brewer also allocated $225,000 toward the project following a $119,000 phase one contribution. 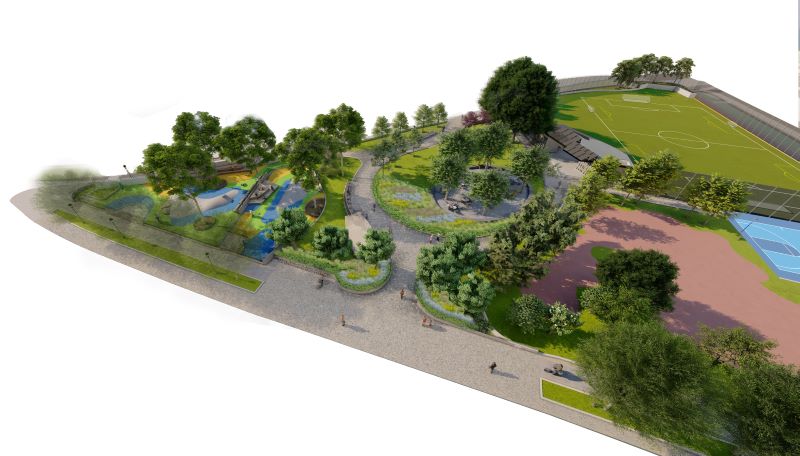 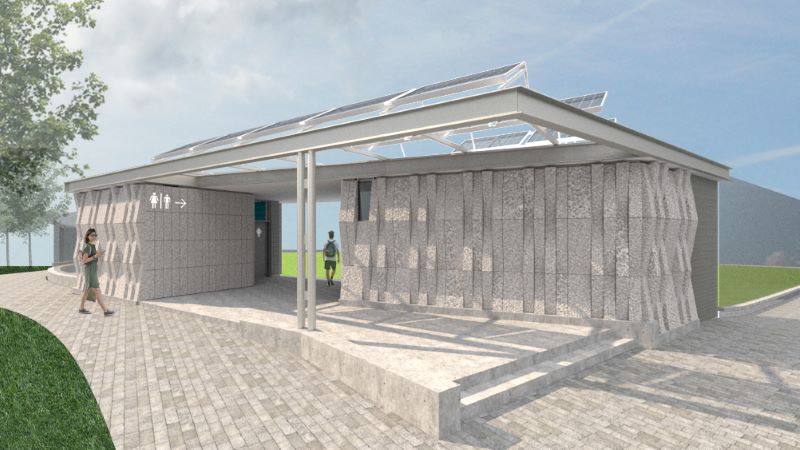 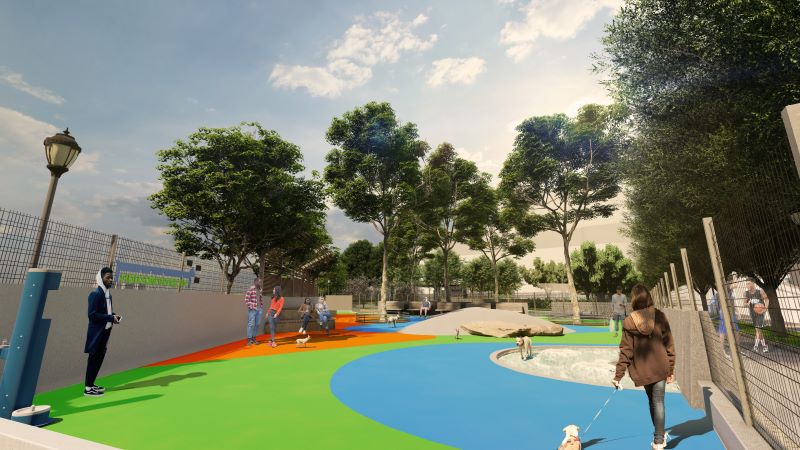 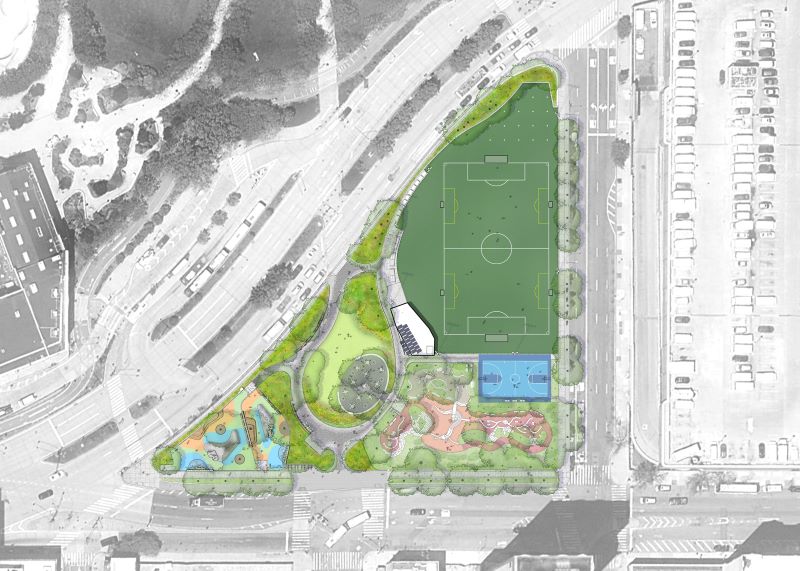 “We are so grateful to City Council speaker Corey Johnson for the funding needed to deliver public restrooms that our Chelsea community has advocated for more than two decades,” said Noreen Doyle, president and CEO of the Hudson River Park Trust. “We also appreciate the financial support we have received from borough president Gale Brewer, senator Brad Hoylman, assembly member Dick Gottfried, and Hudson River Park Friends, whose collective contributions are making it possible for the trust to create a greener, even more valuable place for two- and four-legged friends and neighbors to play.”

During construction, the project team will implement a cascading series of temporary closures. The central area and overlook will undergo renovation first and remain closed from October 2021 through winter 2022. The dog run expansion will be closed from winter 2022 until summer of that year. The athletic field will be temporarily closed from summer 2022 until fall 2022 then reopen by winter.