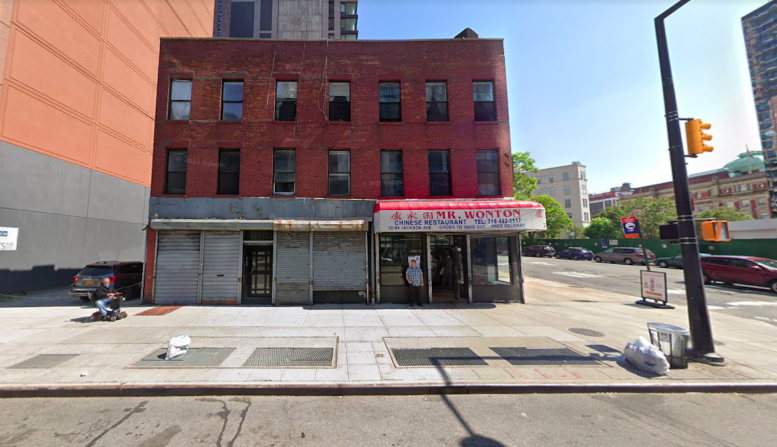 Permits have been filed for a 14-story mixed-use building at 26-04 Jackson Avenue in Long Island City, Queens. Located at the intersection of 44th Drive and Jackson Avenue, the corner lot is two blocks from the Court Square subway stations, serviced by the E, M, G, and 7 trains. Matt Katz of CW Realty is listed as the owner behind the applications.

The proposed 149-foot-tall development will yield 58,222 square feet designated for residential space. The building will have 82 residences, most likely rentals based on the average unit scope of 710 square feet. The steel-based structure will also have a cellar and ground-floor retail space.

Kao Hwa Lee Architects is listed as the architect of record. In early 2021, YIMBY reported on renderings by Input Creative Studio for a 13-story structure on the site.

Demolition permits were filed in June of this year for three-story building on the site. An estimated completion date has not been announced.

Be the first to comment on "Permits Filed for 26-04 Jackson Avenue in Long Island City, Queens"