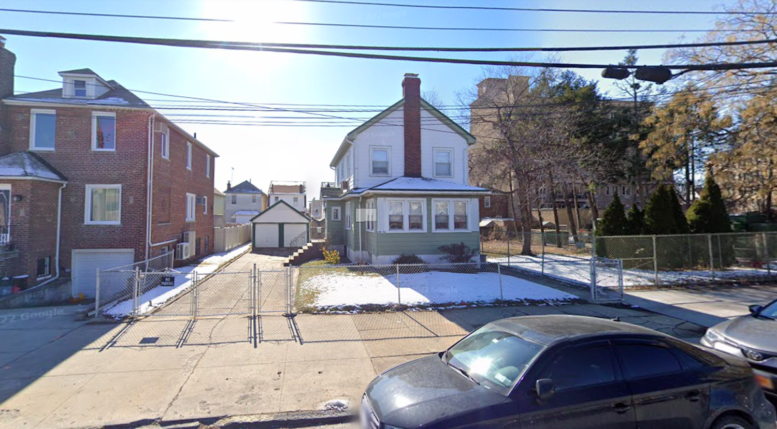 1571 Jarvis Avenue in Schuylerville, The Bronx via Google Maps

Permits have been filed for a six-story residential building at 1571 Jarvis Avenue in Schuylerville, The Bronx. Located between Middletown Road and Zulette Avenue, the lot is near the Buhre Avenue subway station, serviced by the 6 train. Franc Gjini of 2625 Grand Avenue Corp. is listed as the owner behind the applications.

The proposed 75-foot-tall development will yield 12,879 square feet designated for residential space. The building will have 24 residences, most likely rentals based on the average unit scope of 536 square feet. The steel-based structure will also have a cellar, a 36-foot-long rear yard, and 12 open parking spaces.

Demolition permits were filed in February for the two-story building on the site. An estimated completion date has not been announced.

4 Comments on "Permits Filed for 1571 Jarvis Avenue in Schuylerville, The Bronx"