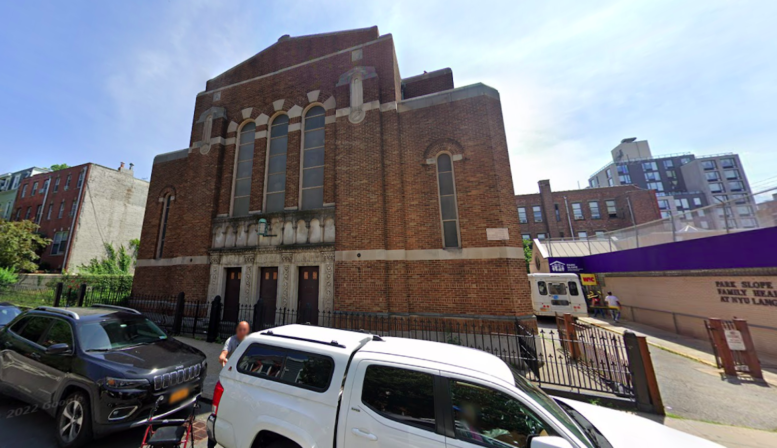 Permits have been filed for a five-story residential building at 228 13th Street in Park Slope, Brooklyn. Located between Fourth and Fifth Avenues, the lot is a short walk to the 4th Avenue-9th Street subway station, serviced by the F, G, and R trains. Robert Saffayeh under 205 14th Street LLC is listed as the owner behind the applications.

The proposed 50-foot-tall development will yield 32,751 square feet designated for residential space. The building will have 28 residences, most likely condos based on the average unit scope of 1,169 square feet. The concrete-based structure will also have a cellar, a 30-foot-long rear yard, six open parking spaces, and 22 enclosed parking spaces.

Dome Architecture, Design & Engineering is listed as the architect of record.

Demolition permits were filed in June for the religious structure on the site. An estimated completion date has not been announced.