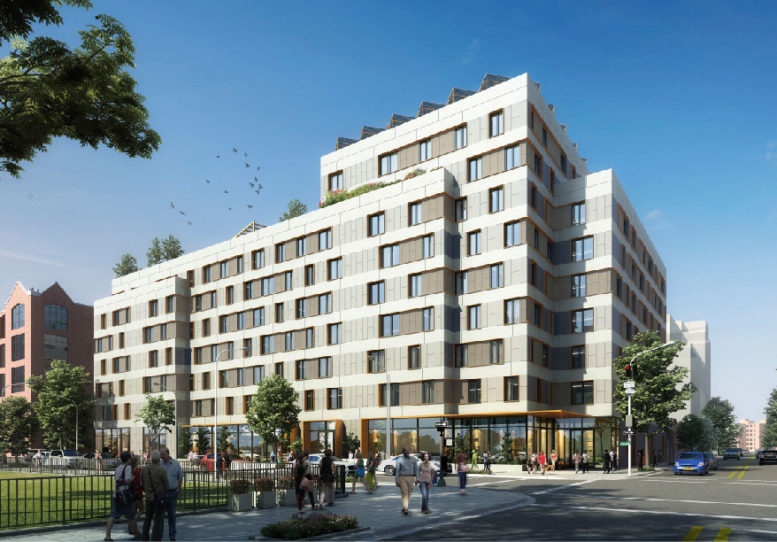 Construction is now underway at 88 Throop Avenue, the first of five affordable housing developments planned for the Broadway Triangle neighborhood in Brooklyn. Located at the convergence of Williamsburg, Bushwick, and Bedford-Stuyvesant, the 140-unit property will debut as Throop Corners.

Mega Contracting, a privately owned developer, is working alongside the collective to complete 88 Throop Street, in addition to local design studio Marvel Architects. Mega Contracting will also serve as builder for the remaining four properties.

The building’s 100-percent affordable component will range from studios up to four-bedroom units. The three- and four-bedroom units will offer laundry hookups and double sinks. All of the apartments will be available at or below 80 percent area median income (AMI), plus a small collection reserved for formerly homeless New Yorkers.

“People are struggling with a lack of affordable housing and displacement, but together, we’re going to ensure Brooklyn and this city remain home to the people who love it and make it what it is,” said Brooklyn borough president Antonio Reynoso. “Breaking ground on a decades-in-the-making housing project means hundreds of people are one step closer to an affordable, safe, and high-quality place to call home.” 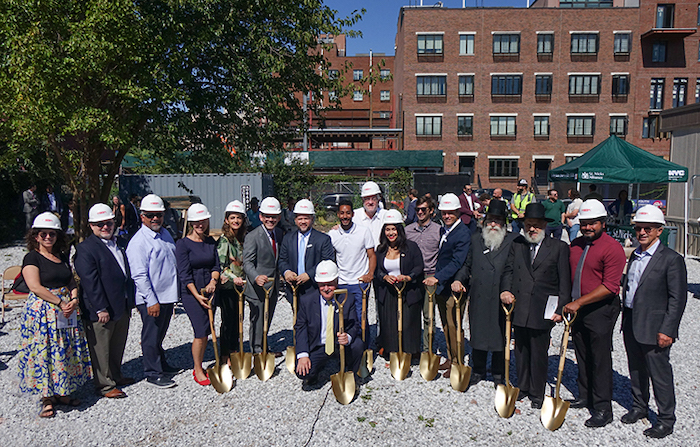 Tenants will have access to a landscaped courtyard, a roof terrace, a family room, two community rooms, and storage space for strollers and bicycles.

Led by a team of environmental engineers and sustainable consultants, 88 Throop Avenue is designed to Passive House standards, a framework of rigorous architectural guidelines that require high-efficiency building systems and mechanicals to improve air quality, reduce the energy needed to heat and cool the building, and mitigate greenhouse gas emissions. Resident utility bills are also expected to be less than monthly utilities typically observed in standard residential buildings.